OutOfMemoryException is a common and frustrating bug, and one of the prime causes of unexpected app shutdown.

“Why is this happening now, if the app was working perfectly yesterday?” It’s a question which perplexes both rookie and advanced Android developers the world over.

There are a variety of potential causes of OutOfMemory Exceptions, but one of the most common is the memory leak — the allocation of memory in the app which is never released. This article will explain how to minimize this risk through effective lifecycle management — a crucial but often overlooked part of the development process.

In this article we’ll discuss:

The problem is simple. Certain objects should only have a fixed lifespan, and when their useful life is over, they need to be removed. 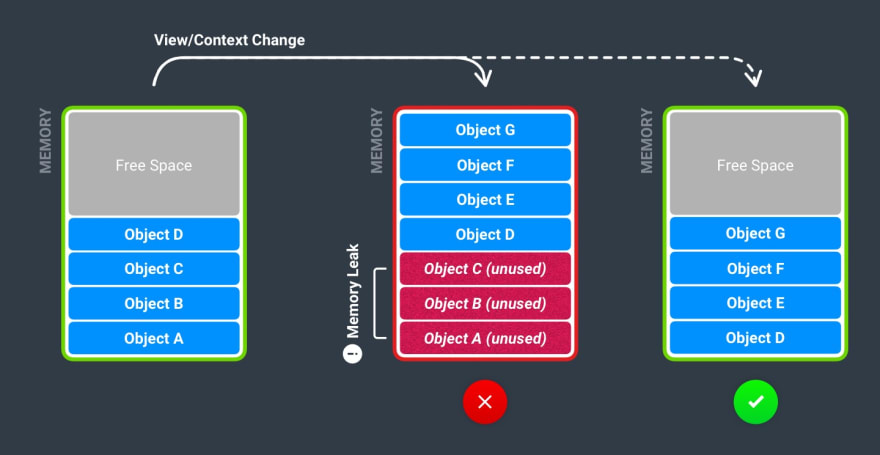 Common Tricks to Stop This Happening

Developers can take a number of steps to stop dead activities being trapped in memory.

Once you’ve completed the basic steps above, it’s time for something much more important: The Lifecycle of the app’s activities. If we don’t manage the lifecycle correctly, we’ll end up hanging on to memory when it’s no longer needed.

There are many different tasks involved in this. For each activity, we need to interrupt threads, get rid of subscriptions in RxJava, cancel AsyncTask references and ensure the reference of this activity (and any other activity connected to it) is correctly removed. All these tasks can drain a huge amount of the developer’s time.

Things are made even more complicated by the Model View Presenter (MVP), the architectural pattern often employed to build the user interface in Android. MVP, however, is useful to decouple business logic from the View.

So we end up having a View with a Presenter reference and a Presenter with a View Reference (Hint: We have a potential leak here).

Given these potential difficulties, it’s essential that we put a proper management structure in place to remove the excess memory created during the lifecycle. There are several proven ways of doing this:

Lifecycle-aware components are smart. They can react to a change in the lifecycle status of another component, such as activities or fragments, by getting rid of memory, for example. This means the code is lighter and much more memory-efficient.

Arch Lifecycle is a new library from Android that offers a set of tools to build lifecycle-aware components. The library works in an abstract way, meaning lifecycle owners no longer have to worry about managing the lifecycle of specific tasks and activities.

The key tools and definitions of Arch Lifecycle are as follows:

Using these tools, we are able to send all clean tasks to their owners (presenters in our case), so we have a clean, decoupled code free of leaks (at least in the presenter layer).

Here is a super-basic implementation to show you what we’re talking about:

Another way to avoid memory leakage through lifecycle mismanagement is by using the new ViewModels from the Arch Components Library.

A ViewModel is an Abstract class that implements a single function known as onClear, which is called automatically when a particular object has to be removed. The ViewModel is generated by the framework and it’s attached to the lifecycle of the creator (as an added bonus, it’s super-easy to inject with Dagger.)

The great point here is that LiveData can be observed by a lifecycle owner, so the data transference is always managed by the lifecycle —and we can ensure that any reference is retained while using them. 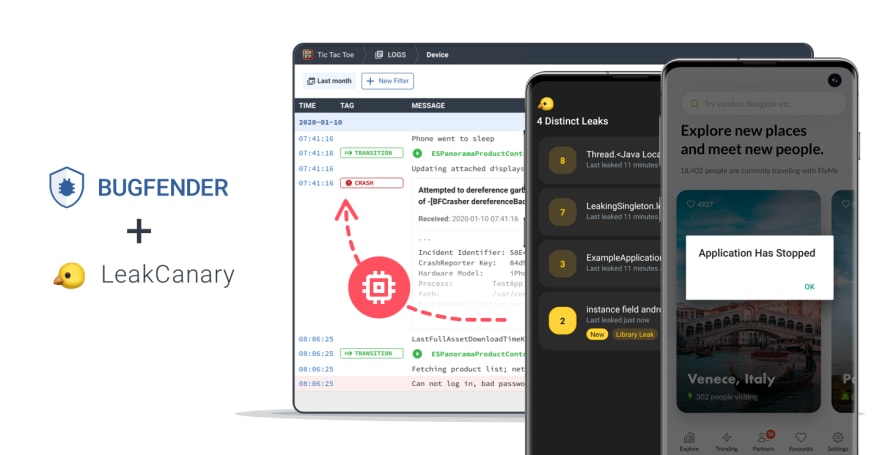 In addition to the aforementioned steps, we wanted to recommend two important pieces of kit: LeakCanary, a popular tool for monitoring leaks, and our very own Bugfender.

LeakCanary is a memory detection library for Android and Java. It’s open-source, so there’s a huge community behind it, and it doesn’t just tell you about a leak — it informs you of the likely cause.

Bugfender, our remote logging tool, allows you to debug individual LeakTraces and extend a class called DisplayLeakService, which lets us know when a leak is raised. Then we can log it with Bugfender easily.

In addition, users get all Bugfender’s other benefits including 24/7 log-recording (even when the device is offline), built-in crash reporting and an easy-to-use web console, which allows drill-down into individual devices for better customer care.

From Java 8 to Kotlin, Clojure and Java 17

Understand Fields and Properties in Kotlin

Bugfender
Get fast remote access to your applications’ log files on users’ devices - wherever they are in the world. Bugfender logs virtually everything, and goes beyond simple app crashes. It even logs...
How to perform an end-to-end test of a React app using Cypress
#debugging #javascript #technology
The Best Podcasts for CTOs in 2022: stay up-to-date with latest industry news.
#technology
Build your ecommerce store using Gatsby and Strapi
#engineering #javascript #technology