We were nearing the alpha release of one of our new modules which includes the release of a new mobile application. Our web app, new mobile app and our desktop app, all consume our graphQL API.
To increase the reliability of our platform, we needed to formalize and implement a backwards compatibility and deprecation policy for our GraphQL API.
The rules to add or delete from schema were

However, since the mobile app has a much larger footprint as users might be using the app with the older version with old graphQL schema, having a test for it seemed inevitable. Our existing e2e automation on mobile did not cover all graphQL endpoints, and it would have been too expensive and time consuming to cover all endpoints from a user interface perspective. Moreover, we wanted backward compatibility test to be a test that runs before we run e2e tests to detect breaking changes earlier in the cycle.

Since we needed something light weight and graphQL compatible, we decided to use GraphQL Inspector Tool to ensure backward compatibility and prevent schema breaking changes. 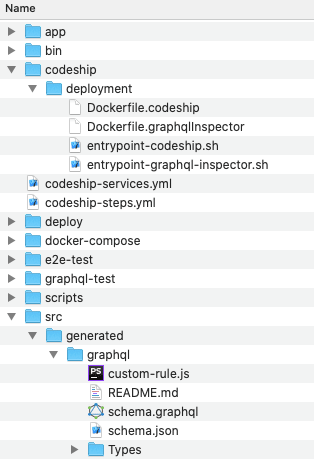 We decide to use GraphQL Inspector Tool for graphQL backward capability test because of following reasons:

Step5: How to create custom rules for graphQL inspector test

How to execute test locally

We were successfully able to add graphQL backward capabilities test that is easy to maintain, and is platform agnostic by using GraphQL Inspector Tool. We are able to gain a better understanding of how API should be handled for projects, where the same API is used across multiple platforms (i.e. web, desktop and mobile).

Once suspended, beanworks will not be able to comment or publish posts until their suspension is removed.

Once unsuspended, beanworks will be able to comment and publish posts again.

Once unpublished, all posts by beanworks will become hidden and only accessible to themselves.

If beanworks is not suspended, they can still re-publish their posts from their dashboard.

Once unpublished, this post will become invisible to the public and only accessible to Katelyn Truong.

Thanks for keeping DEV Community 👩‍💻👨‍💻 safe. Here is what you can do to flag beanworks:

Unflagging beanworks will restore default visibility to their posts.