Wherein Red has a conversation with his master, Scarlet, and the Dark Lord Crimson's true identity is revealed. 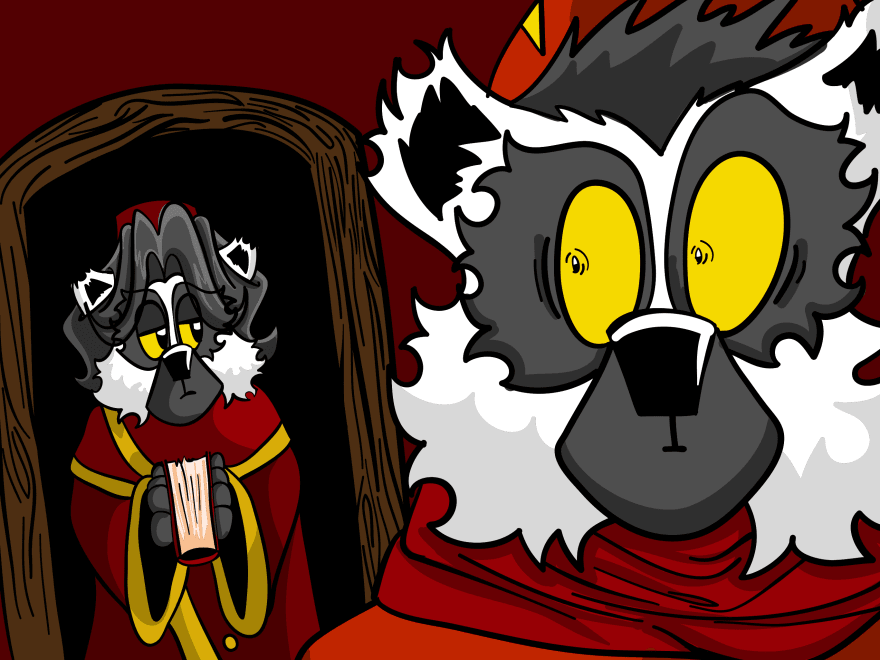 There stood Master Scarlet in the doorway, not amused in the least. Red turned quickly to try and get Crimson to explain, but when he turned... 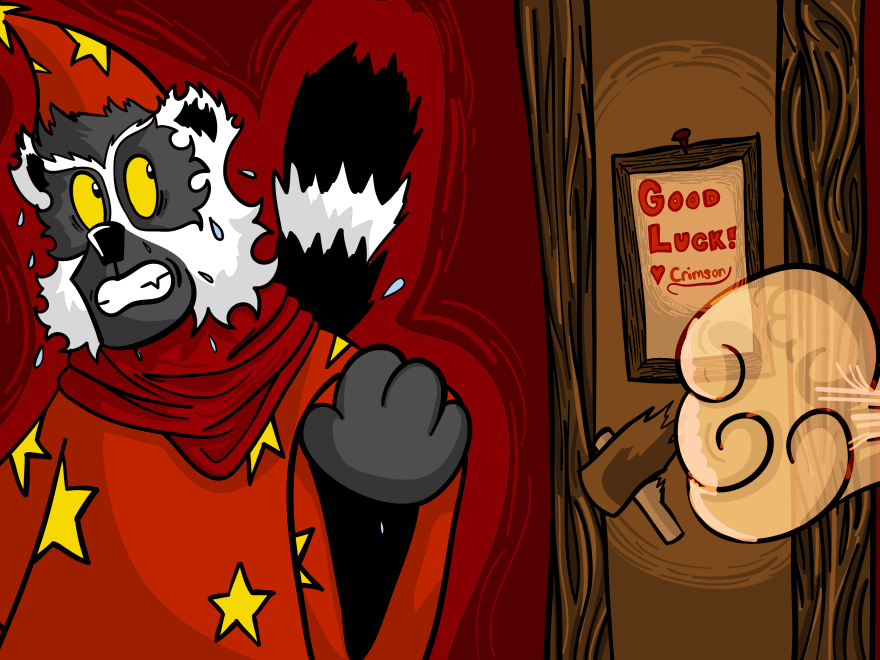 Crimson had vanished in a puff of smoke, leaving behind only a sign telling him "Good Luck!". It appears that Crimson is just as much if not more afraid of Scarlet.

Red turns back around slowly to see Scarlet pulled up a chair. 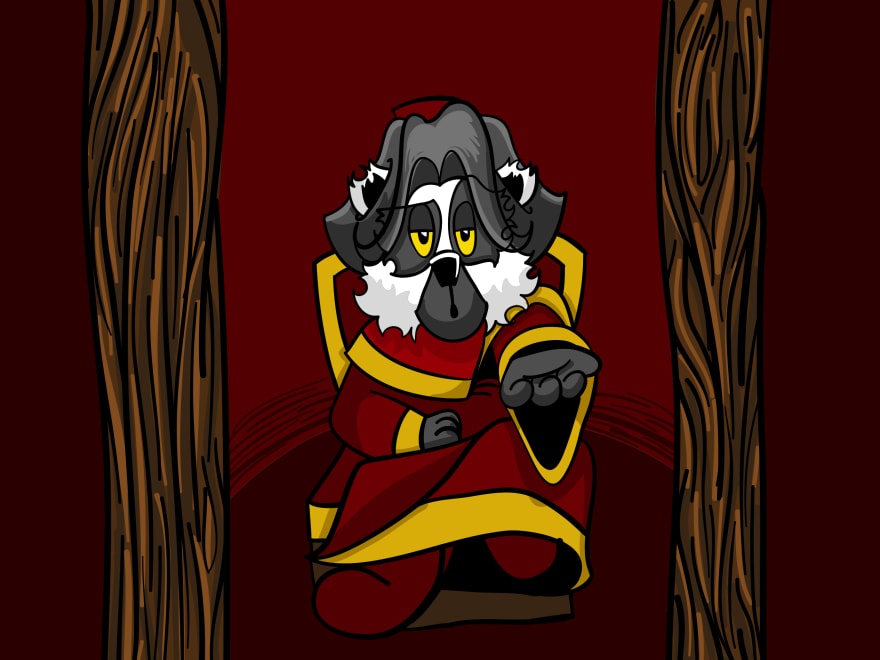 Red did so immediately.

"We have much to talk about now, don't we dear Red?" she questioned.

Red broke into a nervous sweat. 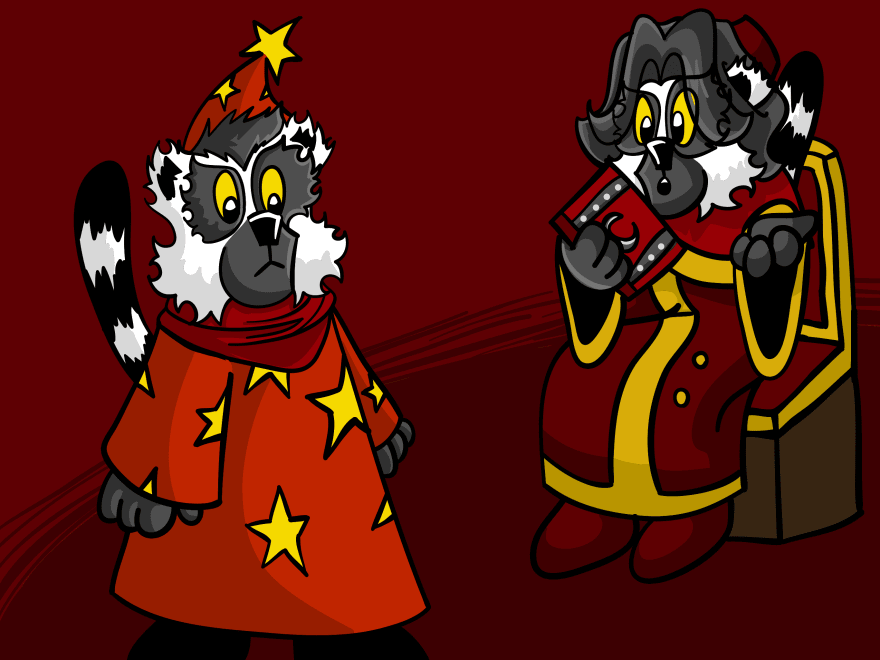 "This is a dangerous book Red, full of all forms of knowledge you might not be ready for or know how to use appropriately." she said.

Red made an intense study of his feet.

"You must remember, for all the languages out there, you must use Ruby as Ruby. Magic can be confusing and unwieldy, difficult to control, and hard to understand." she said. 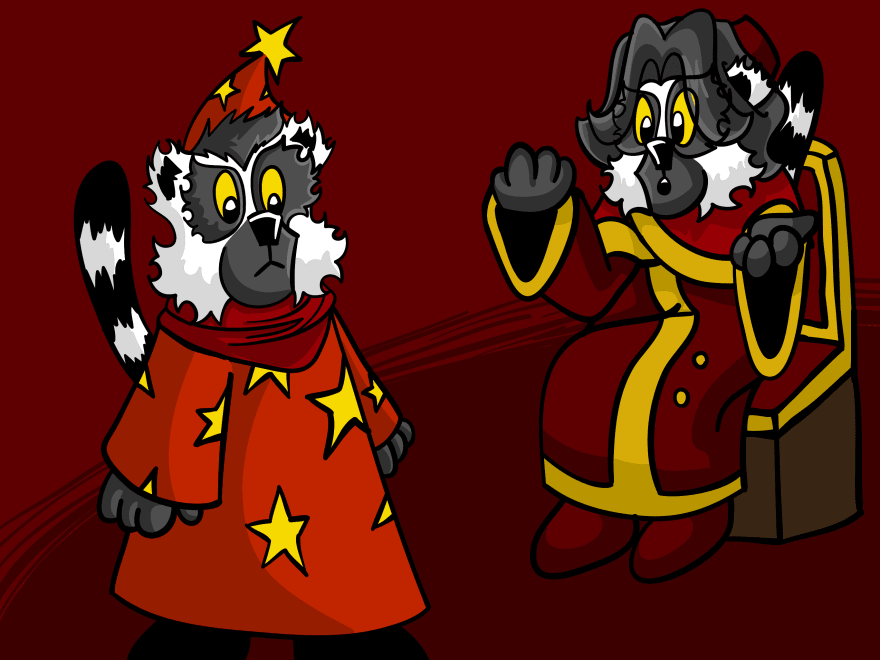 "But even given that there are many lessons to be learned, wisdoms we may apply at the highest levels of Ruby. The language is always evolving, and we need people willing to experiment to drive its future." she said. 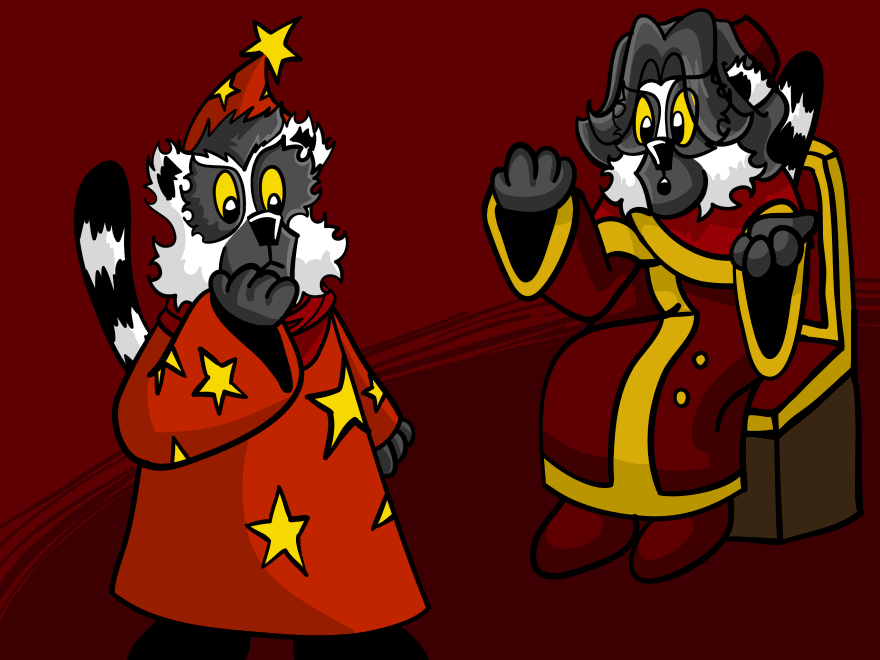 "Consider the lessons of placeholder arguments. Such a thing now exists in Ruby 2.7 with numbered arguments! Many more may soon follow as well. What may be magic today could well be cannon tomorrow." she said. 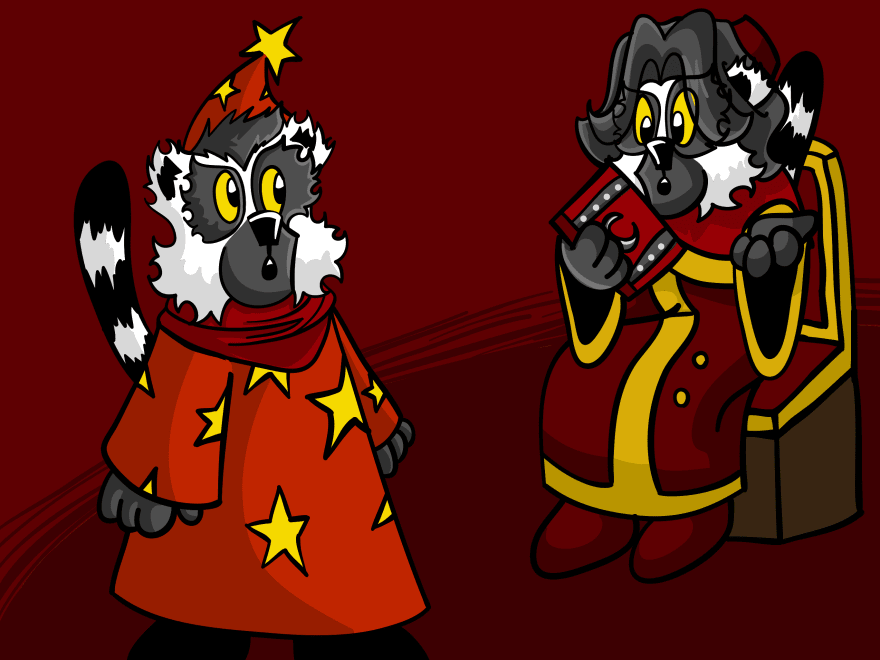 "There are many more tales in this Grimoire, and many more lessons Crimson may still teach you, but be cautious and be wise in pursuing such knowledge Red. The cost is high for using magics in the great weave of production you do not entirely understand yet, but the cost is higher to pretend they do not exist at all." she said. 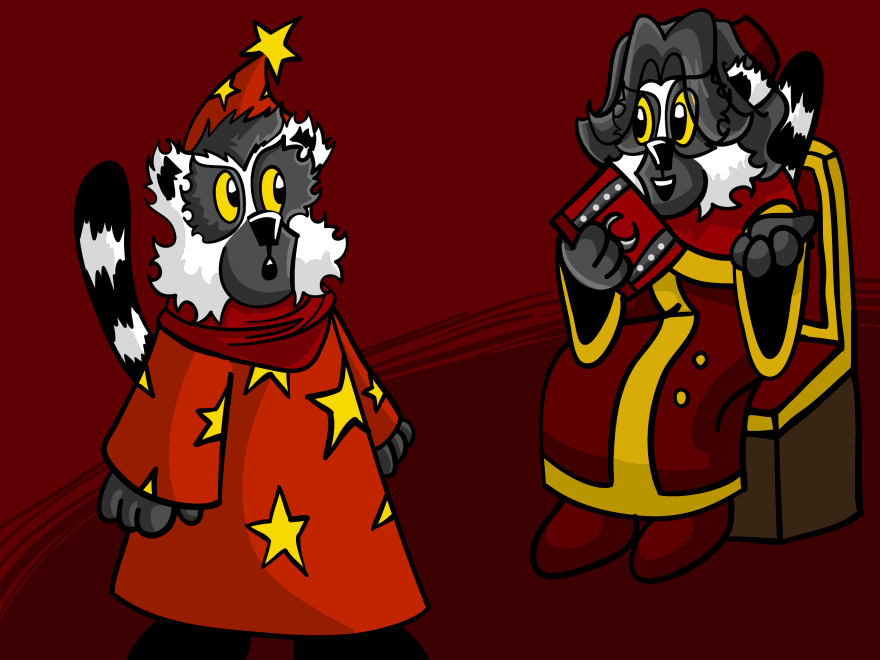 "In the mean time, I do believe I have a test ready for you upstairs, so you’d best get back to studying before I get back up there." she said.

…and with that, Red made a run for the staircase.

The Truth of the Dark Lord Crimson 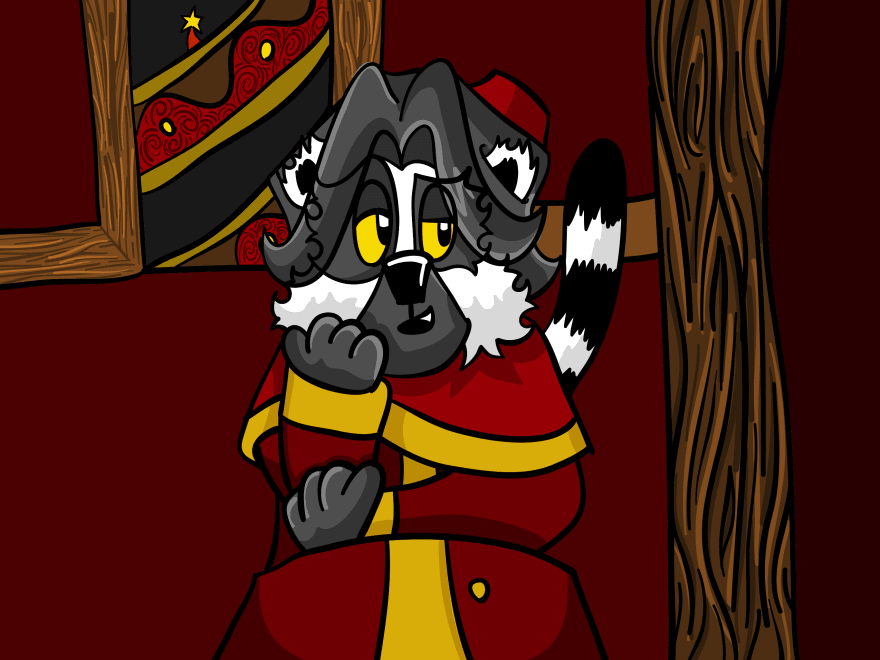 There behind Master Scarlet Red hurried up the stairs in a bit of a panic. Once she was sure he had left, she grinned and called out into the darkness.

"So, the Dark Lord Crimson now, is it? Quite the title you’ve taken for yourself, haven’t you brother dearest?" she said. 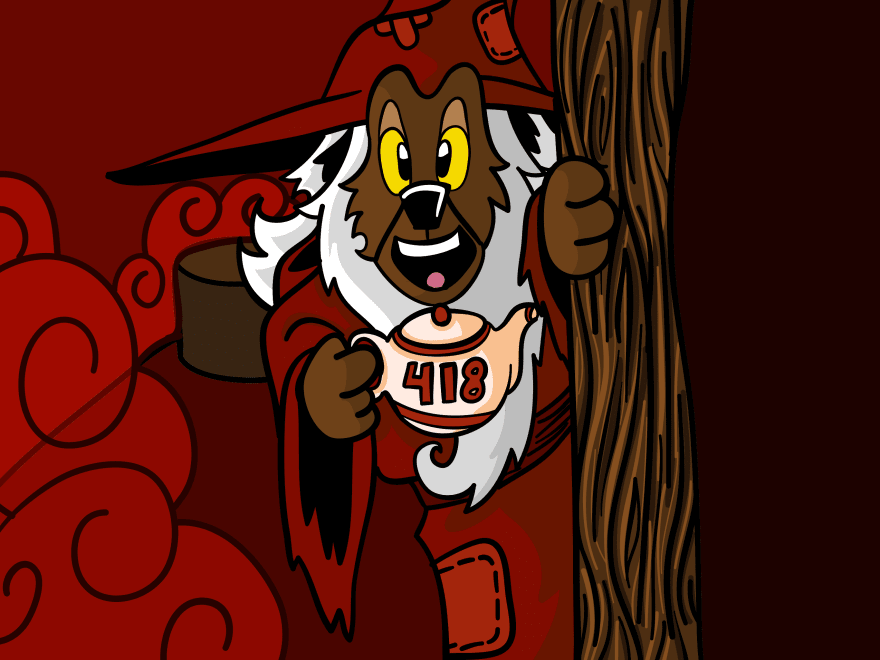 "I thought you’d enjoy that one! Oh just having a bit of fun, that’s all. It’s so rare I have visitors any more I had to prepare a special surprise!" said Crimson 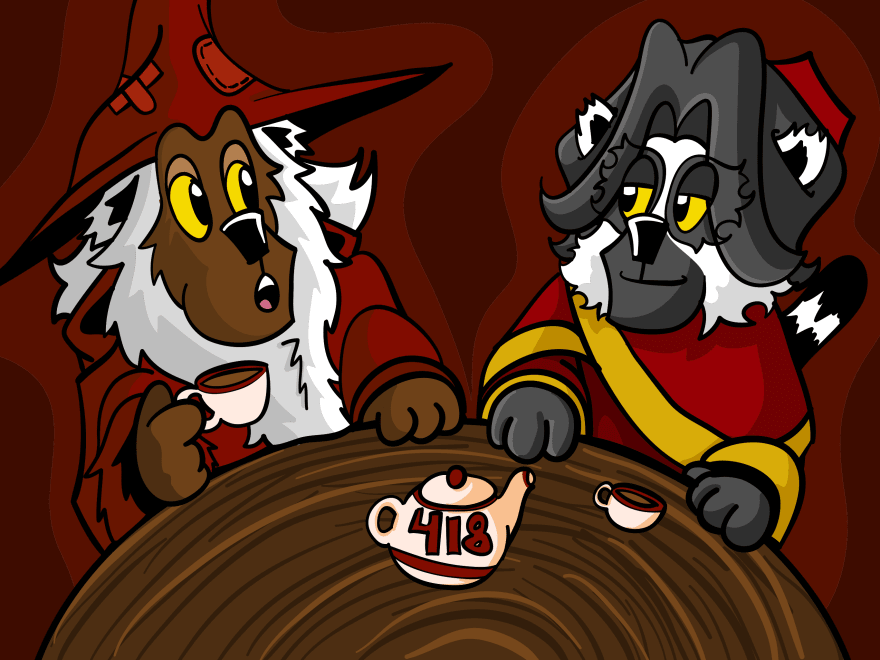 "Surprise? You nearly scared the poor child out of his robes!" she retorted.

"Yes, well perhaps a bit too surprising. It’s been a while, and I did enjoy finally getting to meet young Red." he said. 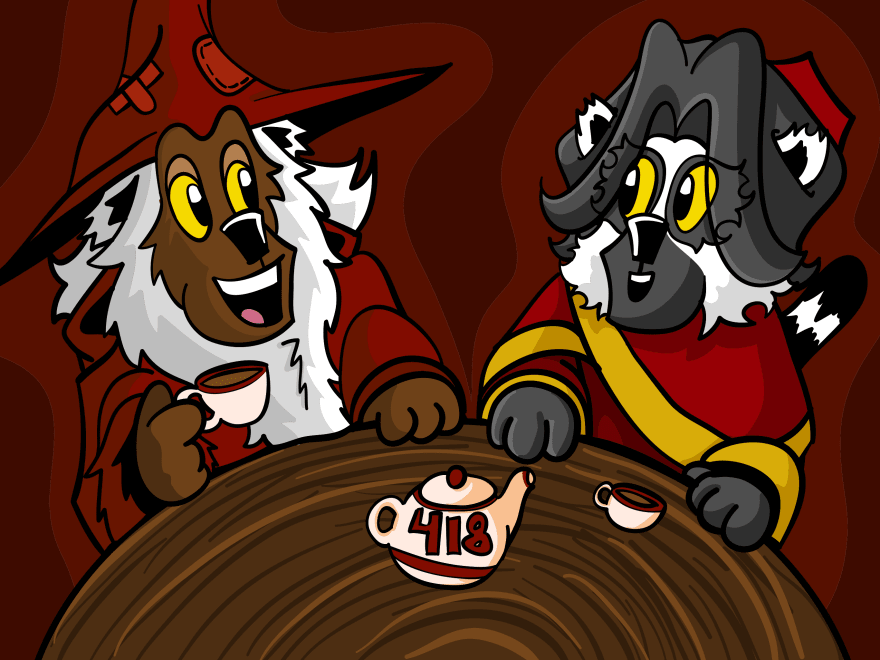 "I suppose it has been a while since you've last seen him." she said.

"Red’s grown quite a bit since you took him in!" he exclaimed. 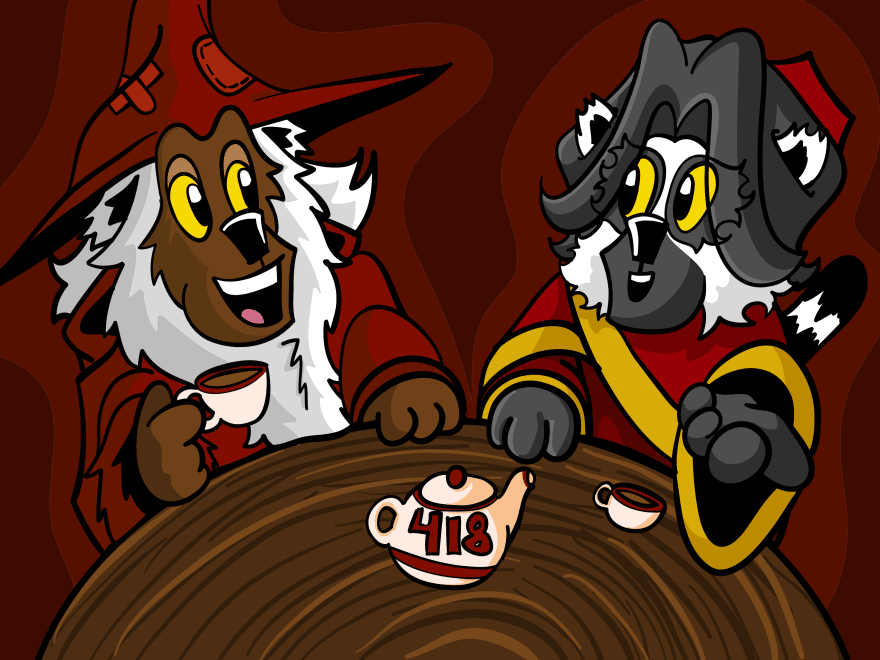 "He has, and I believe he’s finally ready for some of the lessons you and the others can teach him." she said. 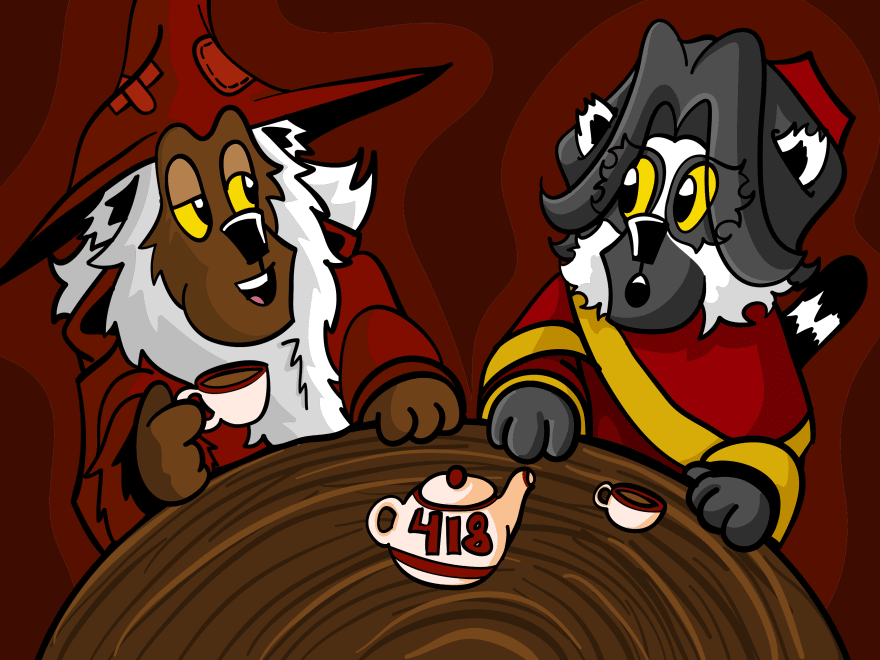 "Interesting you should say that, it was quite strange to see him down here, especially with that door you put up to make sure he didn’t get into something beyond him." he replied, an amused look playing on his face. 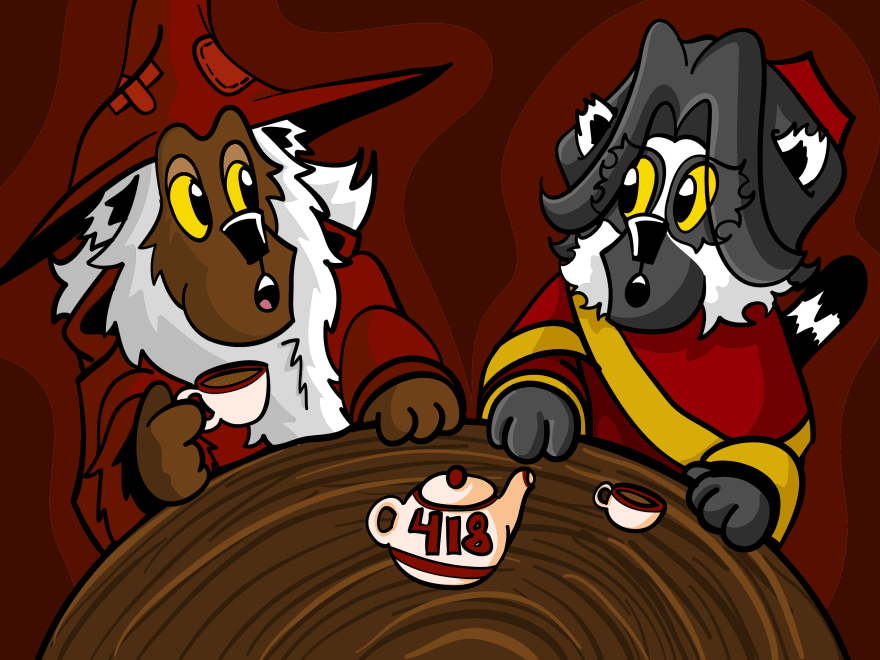 "It’s almost as if someone left the door unlocked on purpose!" he said, coyly.

"Now whoever would do that?" she replied, her face a mask of innocence.

"Who indeed…" he replied, chuckling softly to himself.

The Tales of the Grimoire 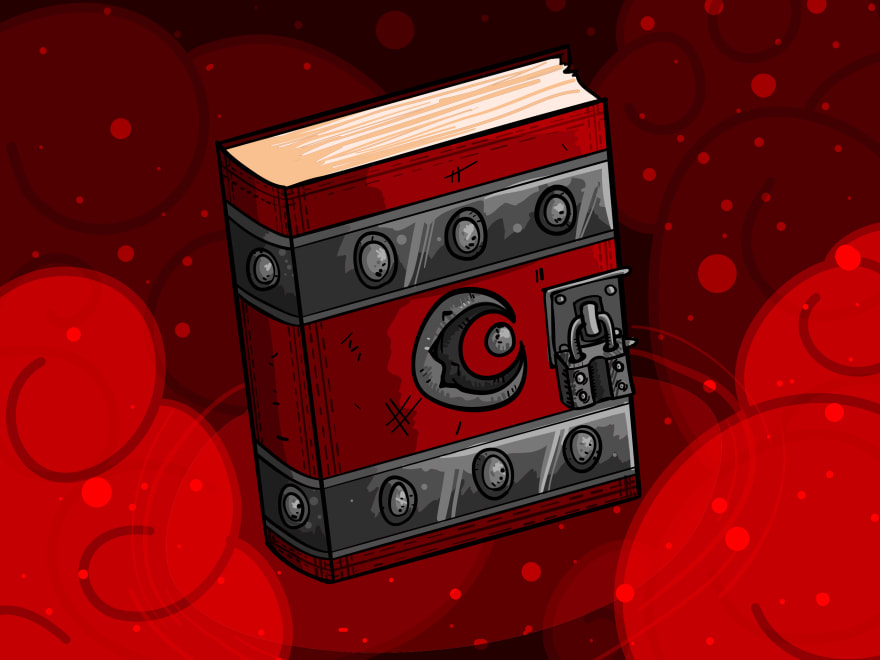 So it was in the tales of the Ruby Grimoire that Red the lemur would come to know of its magics, that his Master Scarlet would give him permission to study under the Master Crimson, and that he would move a step closer to his own masterhood.

For you see, magic is integral to Ruby, to exploring and expressing ourselves in code beyond what’s possible in many languages. The beauty of programming and of Ruby is the freedom we have to do just that, and that that very experimentation can and sometimes does become part of the language itself.

…but there was a cost mentioned, and it can indeed be high. It takes discretion and great wisdom to handle magic in production, and often the simplest of code is the best, and there’s a special type of magic in simplicity, but that’s a lesson for another day.

So to wrap up, and it has been fun…

This talk was all custom illustrated by myself with 12 lemurs, 62 illustrations, 85 hours, 156 slides, and a generous deal of whimsy put into the original presentation.

I cannot capture all the voices and tricks of the presentation, but hopefully this allows those unable to attend to get a glimpse of the world of the lemurs.

The next post will take a look into the process behind making the talk and all of the art that went into it.

Rails gets out of the way when you need that most.

Running rspec tests with keyboard shortcuts in VS Code