In this blog, we will look at how AWS Step functions and SDK integrations can help you architect better your Serverless applications.

This is the most common question I hear!

AWS Step Functions integrates with over 200+ AWS Services API Actions enabling you to build workflows which can in reality communicate with multiple combination of AWS Services either with SDK integration or with other Serverless services with HTTP optimised integration.

When you want to build a workflow which has series of tasks that uses different components with the Amazon States Language (ASL) defining the state machine with different integrations to several AWS services.

AWS Step Functions provides Workflow Studio which is a low-code visual workflow designer. This is available in your AWS Console where you can create Standard or Express workflows with different combinations of tasks. With Workflow Studio, you can auto-generate the ASL as a JSON file which can be exported for your developing with different IaC practices.

API actions with sync and async

When integrating with different AWS Services, some of the services' API actions expects you to just start the execution or await for response to be returned, in such scenarios, AWS Step Functions supports both the ways of invocations as part of the API actions integrations.

Intrinsic functions are functions available in Amazon States Language (ASL) which are focused on making integrations with different Tasks easier with pre-processing and post-processing the data.

Here is another blog-post which talks about how Intrinsic functions are helpful. 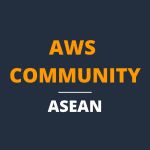 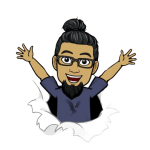 The pricing model for AWS Step Functions is based on each state machine execution which includes state transitions for Standard or Express workflows. 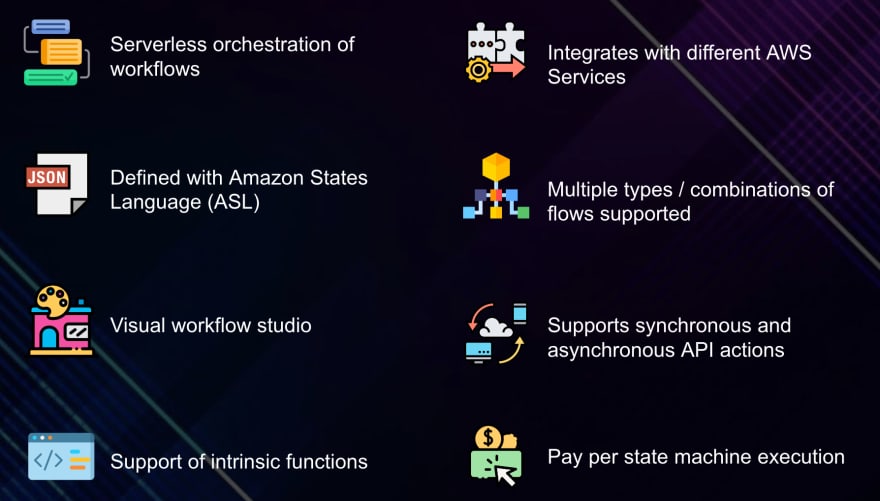 When integrating with different AWS Services, we would have to integrate with one of the patterns -

AWS Services API action which process the request and waits to return the response from the HTTP request. 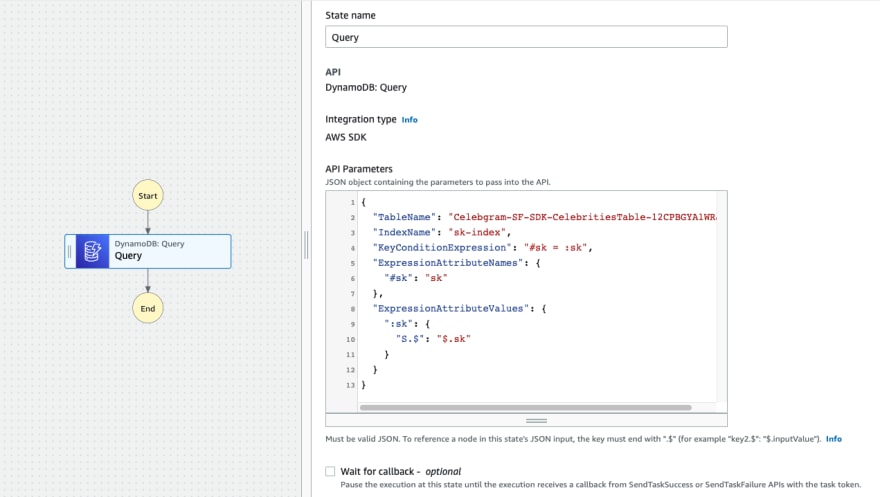 The resource for sync based integrations are suffixed with .sync, for example when running an ECS task -

Callbacks work with a task token that has to be returned, until that task token is returned, state machine execution is paused. Whenever working with callbacks, the resource is suffixed with .waitForTaskToken. 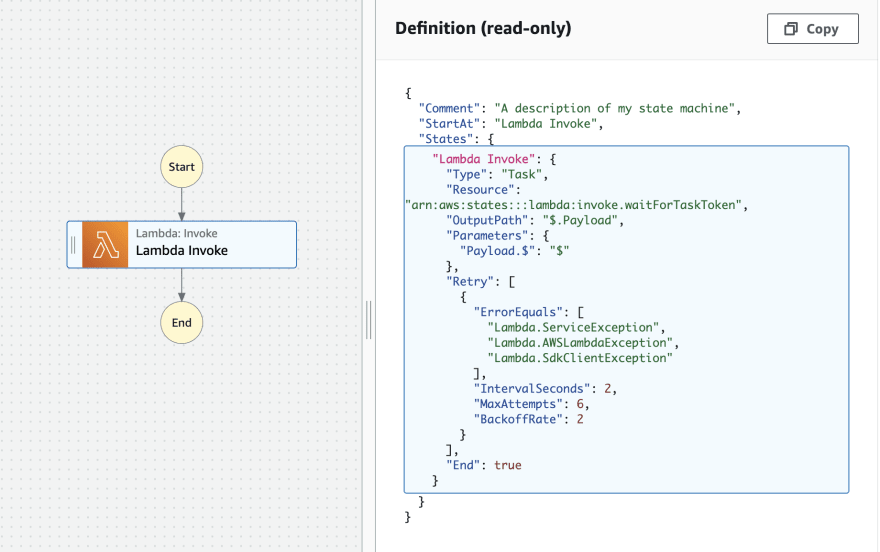 AWS Step Functions announced the support of SDK integrations with AWS Services' API actions last year with over 200+ services and it's been growing the list of service API actions supported.

With Serverless architecture, you would be working with multiple Serverless services these would traditionally distributed over multiple Lambda functions. With AWS Step Functions, you can have the complete workflow in a single Amazon States Language (ASL).

SDK integrations enable you to directly integrate with different AWS Services with the supported API actions. This helps developers to work with direct service integration with the API action's payload of both request and response.

AWS Step Functions provides a good way to handle errors with retry-catch definitions on your tast state where you can anticipate the errors would come in.

AWS Step functions being a low-code Serverless workflow orchestrator, you can define multiple AWS Services direct integrations which can reduce the usage of Lambda functions for working with several AWS Services.

With the reduction of Lambda functions in your architecture as Step Function tasks are directly integrated with the AWS Service using SDK based API actions, the cost of running your Serverless workflow would reduce. Given that based on the use-case you could even choose between Standard or Express workflows which helps in cost optimisation.

When you have a workflow which needs integration with AWS Rekognition, Amazon DynamoDB and the additional business logic on AWS Lambda functions, the architecture of using them in your Serverless application would be with AWS Lambda functions as seen in the below diagram. 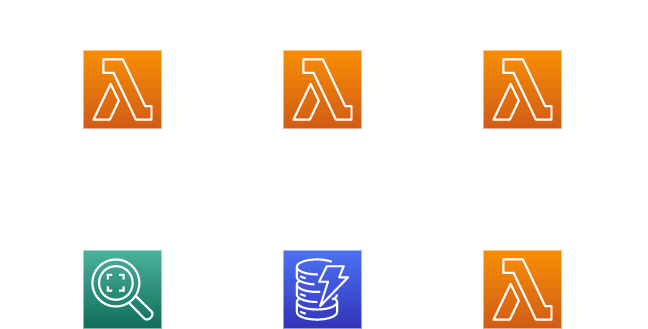 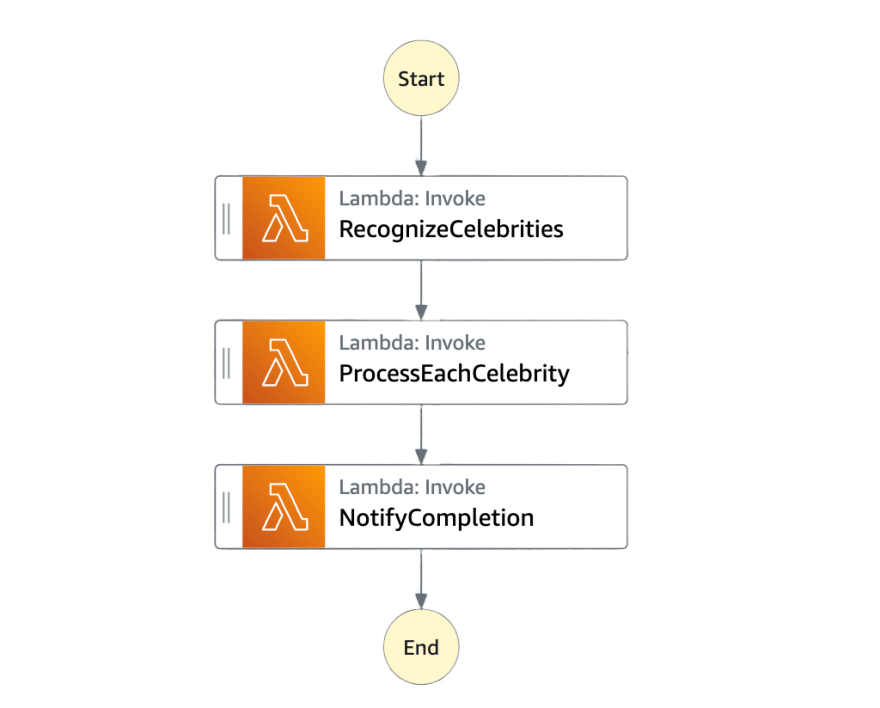 To step-up with the usage of SDK integrations on Step Functions and intrinsic functions, you can eliminate Lambda functions from your architecture and maintain your Serverless workflow completely on Step Functions. 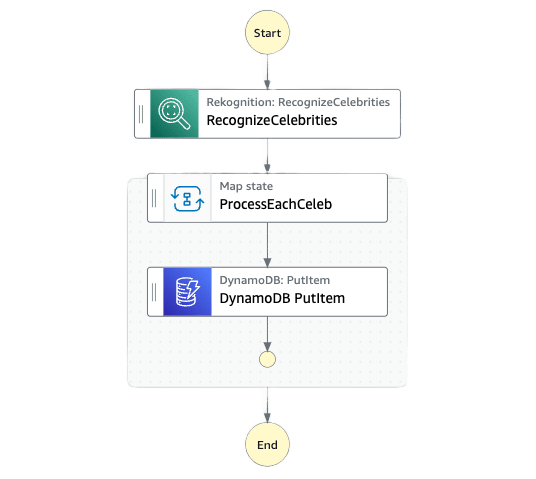 When the workflow is executed, you can view the complete results on AWS Console which is available for both Standard and now available for Express workflows also.

This is based on the session presented at AWS APAC Community Summit 2022, you can also view the slide deck.

The GitHub repository with SAM template is available for the above example.

This is for demonstrating AWS Step Functions with SDK integrations!

In this demo, the SAM Template shows how the State Machines could use SDK integrations with Amazon Rekognition and Amazon DynamoDB to create Serverless orchestration of Recognizing a celebrity from an image uploaded to S3.

#How to try it? Clone the project

With AWS SAM CLI pre-installed, build the SAM app with

Once you have tried it out, don't forget to delete with

This series holds a lot of other Serverless workflows powered with Step Functions and SDK Integrations - https://dev.to/zachjonesnoel/series/16484