Today, I will talk about the issues that are presenting on Fedora 36 or Linux in general, but they are in the process of being fixed. I will focus on the issues that would likely affect everyone's daily tasks on their computer, hence should be fixed as soon as possible.

Note that, the issues don't need to be directly related to Linux, Fedora, or GNOME. Nevertheless, I have to face these issues as a Fedora 36 user. Therefore, I think it would be worth mentioning in this post.

However, don't hold your breath, take it with a grain of salt as no one knows exactly when these issues will be fixed. 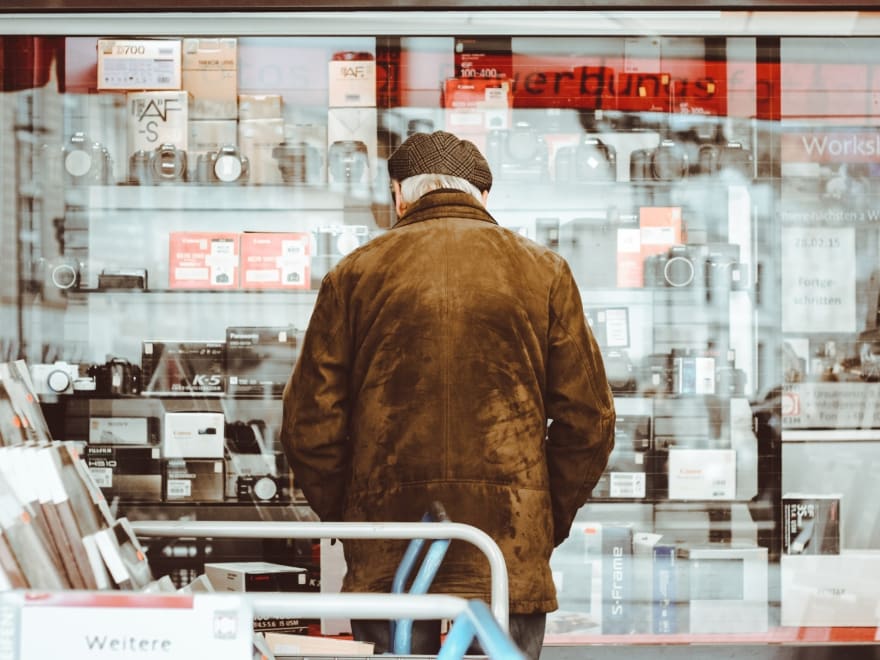 The fastest processing unit for video decoding is Graphics Processing Unit or GPU for short.

Well, if you watch a lot of videos on YouTube in FHD or 4K, especially on a low-end PC, you would likely need those videos to be hardware accelerated on your web browser.

On Google Chrome or other Chromium-based browsers, you will not get hardware acceleration for video decoding on Linux unless you use a custom-built version of Chromium which only available on some Linux distros, for instance, on Raspberry Pi OS that ships a modified version of Chromium through the Pi-Apps.

Currently, the team on Chromium are working hard to get the video hardware acceleration working on Linux, as this is set to level 1 priority on their issues list. See Chromium issue #1236697 for more info.

Therefore, you can expect to see hardware acceleration for video decoding on every Linux browsers soon.

Sadly, you won't get this on Linux.

There are 3 popular DRM technologies being used to protect online streaming video contents:

Linux uses Widevine that's shipped in the desktop version of Chrome or Firefox, which is Widevine L3, which only supports software decoding. As a result, DRM protected videos, Netflix videos for instance, will not use hardware acceleration when playing in Chrome or Firefox on any platform/OS, except for Chrome OS that has implemented Widevine L1, which supports hardware decoding, enabling Chrome on Chrome OS to use hardware acceleration when playing DRM videos.

It's worth mentioning that Widevine is not available for Linux on ARM64 architecture. Therefore, Raspberry Pi4 users will have to install Chromium 32-bit version even when they are running on 64-bit OS. Otherwise, it would be impossible to play Netflix or other DRM protected videos. See Bugzilla #1612995 for more info.

PlayReady and FairPlay capable devices/OSes can use hardware acceleration when playing DRM videos without any issue.

A complete list of available DRM technologies on all platforms can be seen here.

A note to all Netflix members 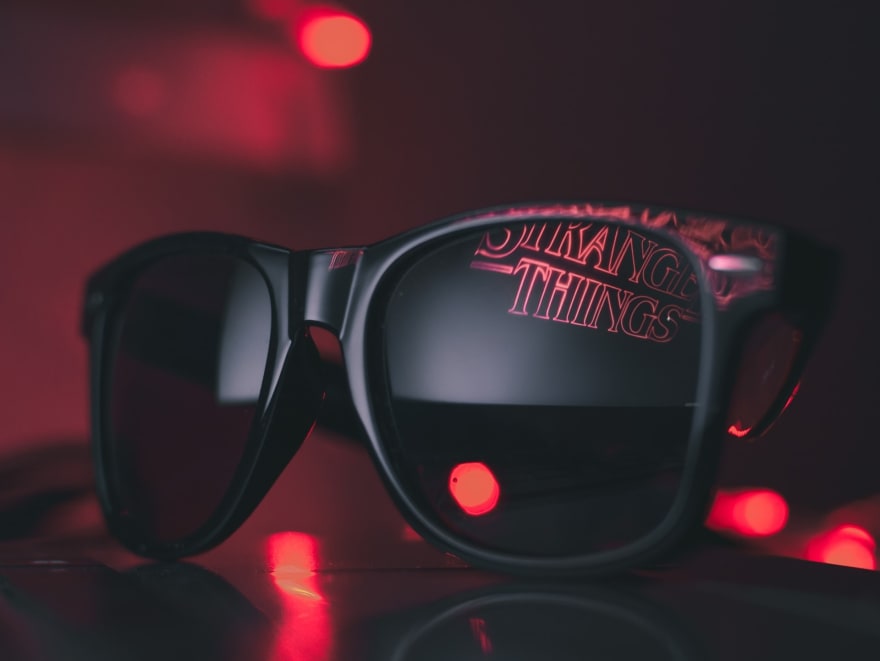 Normally, any modern web browser should be able to tell the website whichever Light or Dark theme that the users are using on their system. This feature is called CSS prefers-color-scheme.

However, Chrome or Chromium-based browsers on Linux are unable to do that due to Chromium issue #998903. For instance, you might set your system to dark theme, but the website will still show its light theme to you. The issue is set to level 2 priority. Therefore, we can expect it to get fixed soon.

Linux and fractional scaling in 2022 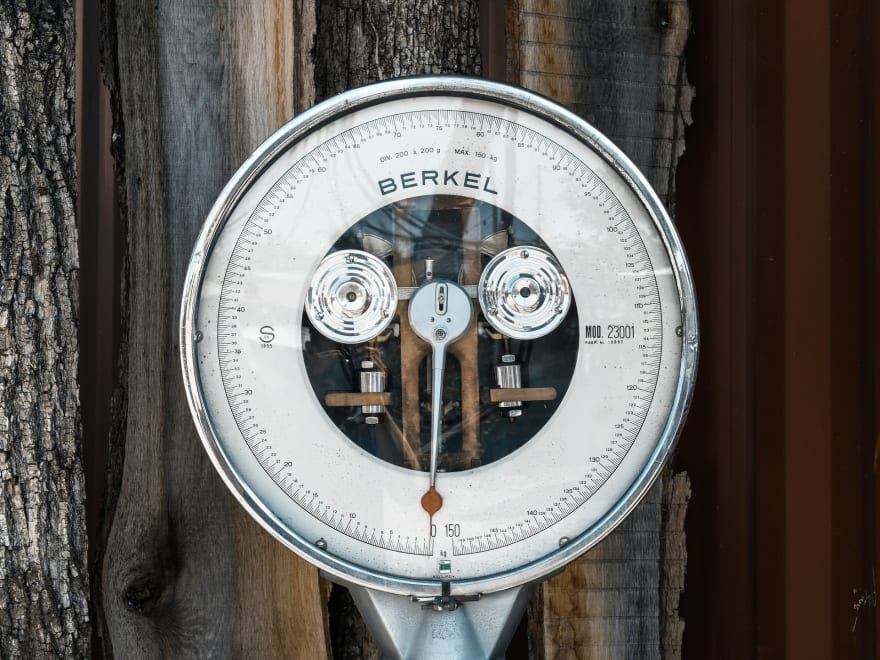 Unfortunately, it's not ready yet in 2022. For instance, Blender (see maniphest T90676) and Godot (see proposal #990 and PR #57025) still have blurry UI with fractional scaling on Linux. GIMP has been making a lot of progress in their development branch to move from GTK2 to GTK3 since 2.99.2, thus native Wayland supported. However, I don't think it will be ready before 3.0. You can see the progress at GIMP's Wayland issues. I beleive the list of apps that are still making their way to support Wayland, and thus fractional scaling, would be a lot more than I could ever put it here.

In short, fractional scaling on Linux is not ready for profesional use yet. But I think it's ready for average users (not media creators) and you should enable it.

Well, fractional scaling has been implemented in Linux for a while now as an experimental feature. That's the reason why it's not enable by default even on Fedora 36! However, you can manually enable fractional scaling feature in Fedora 36 by running this line in the terminal:

After running this line in the terminal, you will have to re-login to your session again. Then, you should see the fractional scaling in the display settings, as shown in the screenshot below: 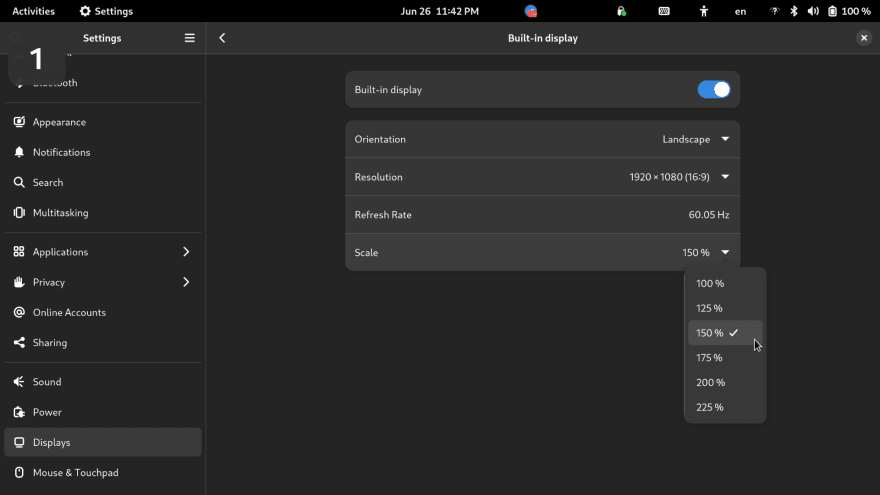 As of today, most of my daily apps won't be blurry with fractional scaling enabled since I mostly use PWAs (Progressive Web Apps) and GNOME apps (because they're beautiful).

Let me show you guys some apps (from my personal experience) that may be blurry at first, but we can fix it right away.

Chrome or Chromium-based browsers has a blurry UI when using fractional scaling. However, you can easily fix this by:

And it's not only Chrome that will have a sharp UI, now all of your PWAs (Progressive Web Apps) will all be sharped too.

There's also another benefit from enabling this Wayland feature in Chrome. If you are a laptop user, you can pinch-zoom with your touchpad now.

Telegram for Desktop is fast and fluid. However, it's very blurry with fractional scaling enabled. Well, you shouldn't use its desktop app. You can use Telegram for Web instead.

If you're interested to keeping up with the current state of this feature, you can see it in this PR for Wayland and this PR for XWayland. 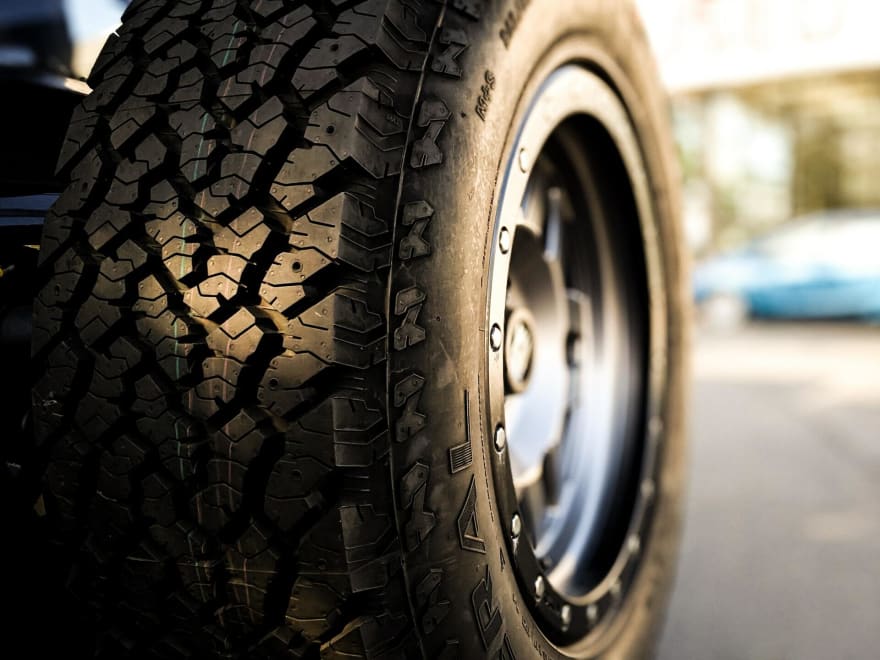 If that's not obvious enough, let me tell you this: mice has been dominant HID (Human Interface Device) in PC history. But the ability to adjust one of the most used interface (scrolling) for this dominant HID has been missing in GNOME, the most used desktop environment in Linux world, nonetheless. And it's sure enough that Windows and macOS are providing this setting for their users.

Fortunately, KDE implemented this setting for mice and touchpads in Wayland. But I am not a fan of their UI design language. I may try KDE 6 in the future if they improve on this aspect.

In GNOME, there's an issue opened to implement this feature, along with the PR to add this feature in the settings. I hope this will be fixed soon as the scolling speed in Chrome, Chromium-based browsers, or Electron apps is very slow. There's a Chromium Bug for this, but it's closed as WontFix. Well, at this time, if you're not using KDE, you can use this Chrome extension to fix the scolling speed, both in Chrome and PWAs. But it won't work on all pages though.

If you're using Linux on X session, there's a CLI tool called IMWheel that's used by many for adjusting the mouse wheel scolling speed. However, it's not working in Wayland.

Thumbnails view for the file selection dialog in GNOME 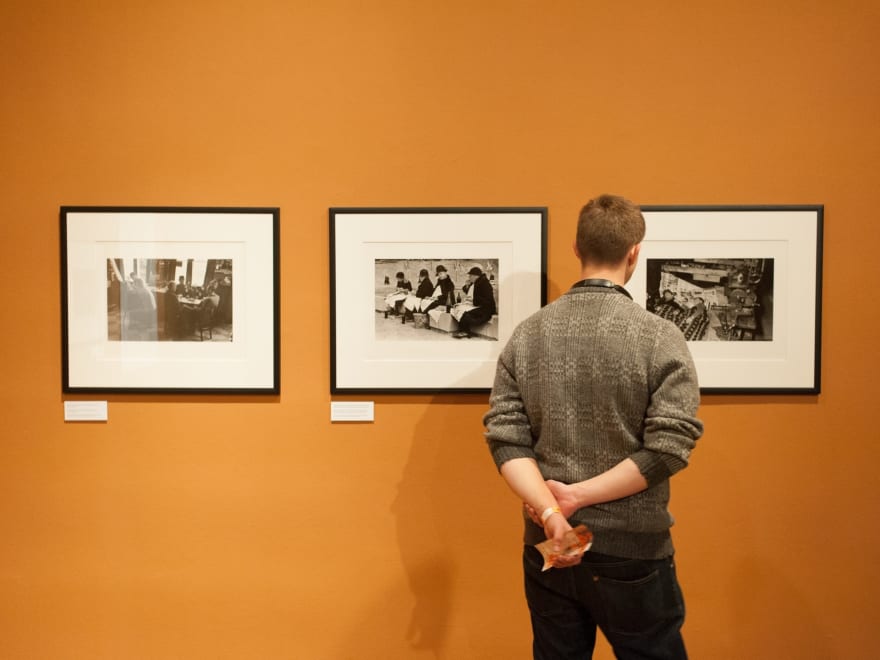 This GNOME issue is very notorious among Linux users. Well, this issue has been opened for 18 years! Why the thumbnails view for the file selection dialog is a very important feature to have? Let's imagine that you want to pick up one of the 100 pictures in your folder for editing or whatever, what do you want to see, a bunch of file names or a thumbnail previews of those pictures?

Again, this is not an issue in KDE. Therefore, if anyone can't live with this issue, you better go to KDE. I, somehow, live with this issue by drag-and-drop a file that I want from Nautilus (GNOME's default file manager) to another app. It's clunky, but it's the only option I have.

Luckily, all of the graphic design apps on Linux seems to understand this issue well and implemented their version of the file selection dialog, Blender, Inkscape, GIMP, even LibreOffice, and etc. The only real issue is the web browsers and thus PWAs which are still using the default system file selection dialog.

I hope this issue will be fixed soon.

And some problematic updates 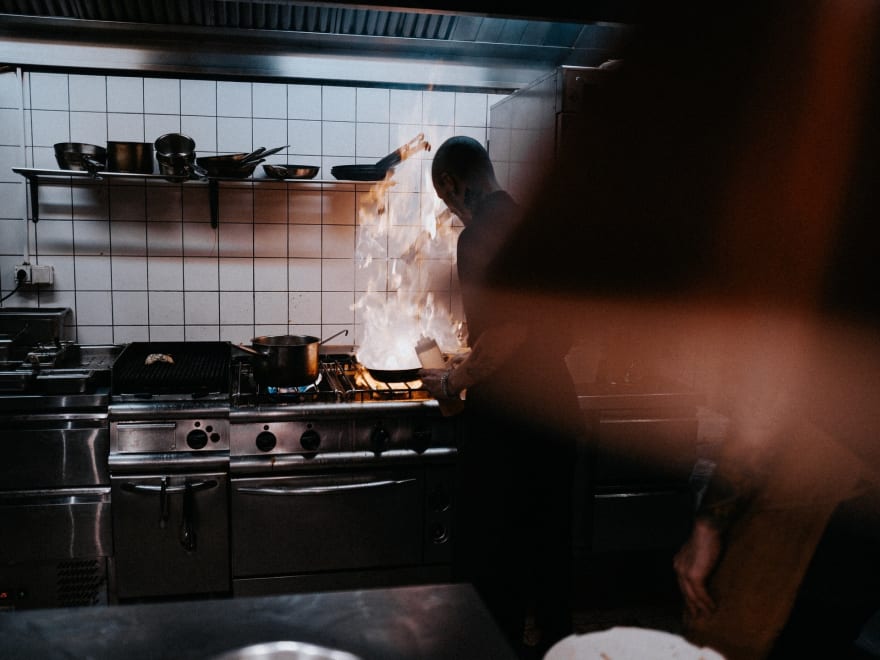 Think of this as a bonus section. They are working before, but broken now after the system updates. They are as follows:

In this sense, Linux doesn't seem like a stable platform as much as everyone would think. At least, from my experience on Windows for more than 10 years, not even once that I had an issue with something as essential to the operating system as the file manager.

This will be the last time I write about issues that I found as a Linux user. Next time, I will write about the features that made me switched from Windows.

Well, this is it for today. Thanks for reading. I hope you guys enjoy my post 🥳

A Man Looking Photos photo by Michal Matlon on Unsplash

Burning the Kitchen photo by lasse bergqvist on Unsplash

How I Landed A Job In Cyber Security With No Professional Experience, Certifications, Nor A Degree

Archer Allstars
I am nobody. I am just interested in game development, OSS, and Linux.
I have been using Fedora 36 for a month, here is my review.
#opensource #beginners #productivity #linux
How to get a variable value from another script, Godot's Visual Script
#tutorial #codenewbie #gamedev #beginners
How to call a function in another script, Godot's Visual Script Tutorial
#tutorial #codenewbie #gamedev #beginners

Thanks for keeping DEV Community safe. Here is what you can do to flag archerallstars: