Hello folks! In this part of the series, we'll learn about how Javascript works internally and what's the role of the Execution context.

So let's dive into the fundamental core concepts.

Everything in Javascript happens inside an Execution Context

So what exactly is Execution Context?

What is the Execution Context?

Execution context is defined as the environment in which the JavaScript code is executed.

It acts like a big container that has two components in it :

Javascript is a "synchronous single-threaded" language.

So, let's understand this one by one.

Single-threaded means JS can only execute one command at a time.

Synchronous means JS can only move on to the next line only when the execution of the current line has been finished.

What happens when you run JS code?

When we run the JS code, there are a lot of things happening behind the screen in the JS engine.

Firstly, an Execution Context is being created.

So when you run this program, Global Execution Context is been created.

This execution context is created in two phases:

In this phase, Javascript will read the code line by line and allocate memory to all the variables and functions.

When it allocates memory to the variables, it stores a special value undefined.

For functions, it stores the whole function body inside this memory space.

In this phase, Javascript again runs through the code line by line and updates the values of function and variables which are stored earlier in Memory Creation Phase.

After executing line 1: var n = 2;, the Global execution context will look like this:

from line 2 to line 5, there is nothing to execute, so it skips that part.

Here we invoke a function double(),

Whenever a new function is invoked, a new execution context is been created

So, for the function double(n), JS creates a new execution context.

** Phase 1: Memory Creation Phase ** for newly created execution context will look like this: 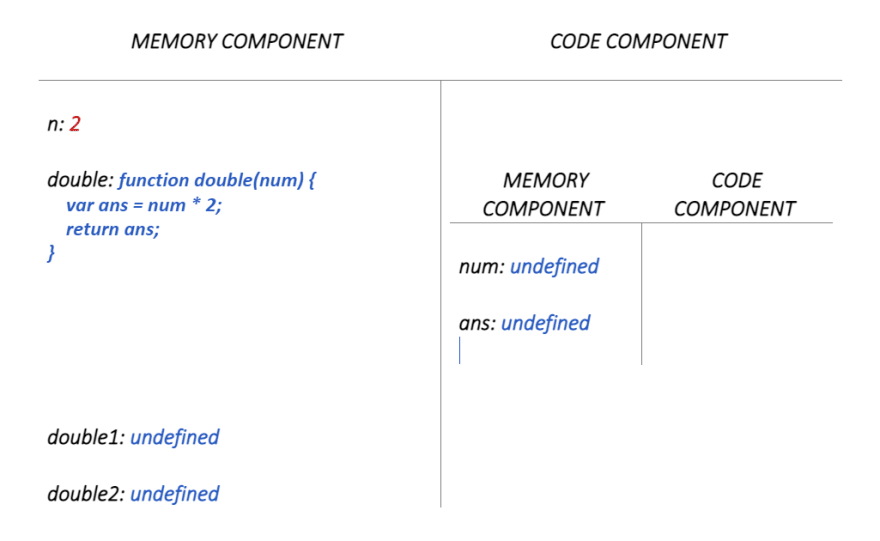 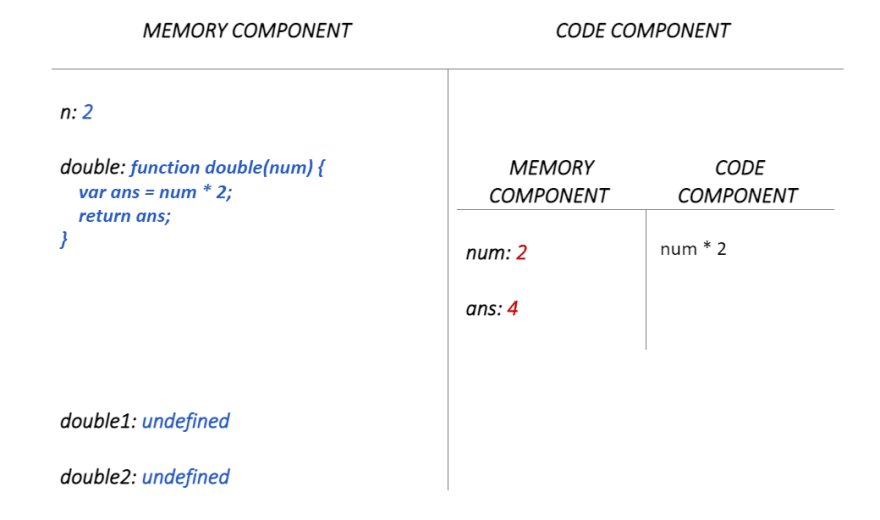 In this phase, the value of parameter num is updated according to the argument passed to the function i.e. n, which is equal to 2.

Next, the value of ans is updated using the expression num * 2.

Whenever we encounter return statement:

After executing line 4: return ans;, the current scenario will look like this:

After executing line 7: var double2 = double(4);, the same process is repeated as above: 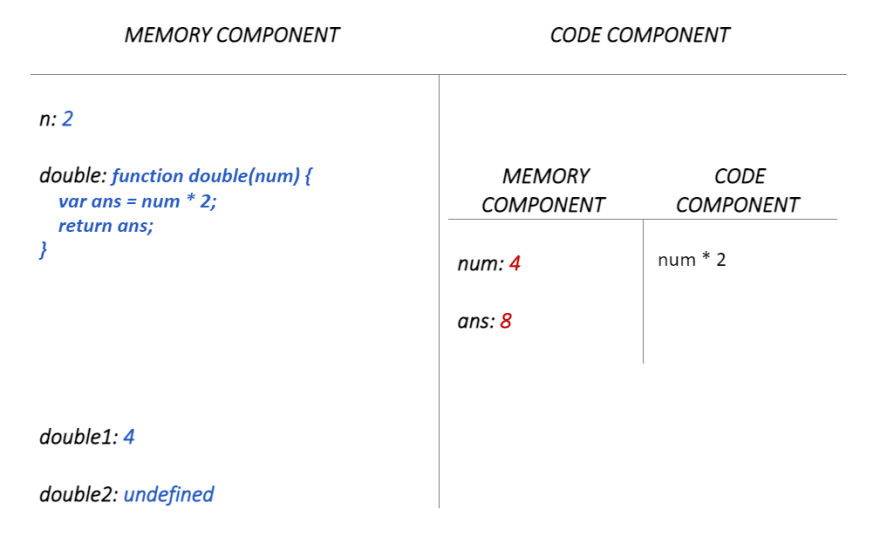 At last 'Global Execution Context' will result in:

When Javascript completes the execution of the entire code, then the Global Execution Context is also deleted.

We know that a function execution context is created every time a function is invoked.

As even the simplest of JavaScript programs have quite a few function invocations, all these function execution contexts need to be managed somehow.

Most of the time, there will be functions that are invoked inside other functions.

Once it finishes executing, it will be popped from the stack, the execution for the next execution context will resume, and so on until the execution stack is empty.

This stack is called Call Stack.

In our case, Initially Call stack is pushed with Global Execution Context: 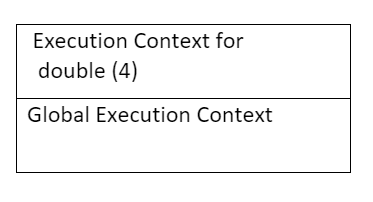 When Javascript executed the entire code then Global Execution Context is also popped out from Call Stack. At last Call stack is empty.

Finally!! We learn how Javascript works behind the screen.

Thanks for reading!! I know this is a lot to consume in a single blog. I hope it was helpful to some extent. Special thanks to Akshay Saini. Please share it with your network. Don’t forget to leave your comments below.

30 Top Apps Made With Python