If you had to choose between Android and iOS, what would you do? Or, if you want to create an app development for your company, which platform would you use?

Every Tom, Dick, and Harry, as we all know, is addicted to their smartphones. iOS and Android are the two most popular smartphone operating systems. Almost every major brand and corporation is converting their operations to digital via smartphone apps. Amazon, Flipkart, WhatsApp, Facebook, Myntra, Ola, Uber, and Swiggy are just a few examples of companies that have embraced smartphone app development to help their businesses grow.

Whether you are an entrepreneur or a small business owner, you should experiment with smartphone apps to increase your ROI or profit. If you’ve decided, the first step is to identify the audience you want to reach, and the second is to find the best mobile app development services provider in India. Because mobile phones are so widely used nowadays, developing a business app transforms startups into large corporations.

If a mobile app development company must choose between iOS and Android app development, experts advise taking into account all aspects of both platforms. If the company is capable of supporting both Android and iOS development, it should do so.

First, read a brief explanation of why you should use Android as the platform for your mobile app.

Android is a highly stable and large-scale open-source platform. It offers new upgrades and several customization options. It is the most popular operating system and ideal for all areas including retail, finance, news, and so on.

Android demand increases on a daily basis. A variety of functions that meet your personal or commercial needs are provided to Android users. The process of developing an Android app is relatively quick to understand. For mobile app development, Android provides a solid platform. In order to have more people utilize the company app, the safe and stable Android platform will produce good outcomes.

Why should you select iOS, let’s check?
Reasons to choose iOS:

For Apple devices including the iPhone and the iPad, iOS was designed exclusively. Although Android is the world leader, Apple’s sales are higher since they are widespread in more advanced countries.

With more than 2.2 million applications, Apple App Store is the second largest network. Therefore, nearly every mobile app developer develops its profile in iOS applications. Every day, Apple smartphones are increasingly busy. You can also build a massive user base by adding iOS apps to your company. iOS is the second most frequent mobile app development operating system interface.

However, while Android is becoming more popular, people still prefer iOS. Because iOS is widely regarded as secure, it has a sizable corporate clientele.

It is extremely simple, inexpensive, and time-consuming for any mobile app development company to publish an app in the Play Store. The app typically takes a few hours to go live after an initial approval process. It is also very quick and does not require validation to upgrade the Android app. However, before accepting the app, Apple will validate it for potential bugs. It’s a time-consuming process that often costs more than what you pay for publishing in the Play Store.

When deciding between iOS and Android app development, keep in mind that having fewer users who interact frequently is more important than having more passive users. Currently, Android has the most smartphone users in the world, while iOS has a small user base. 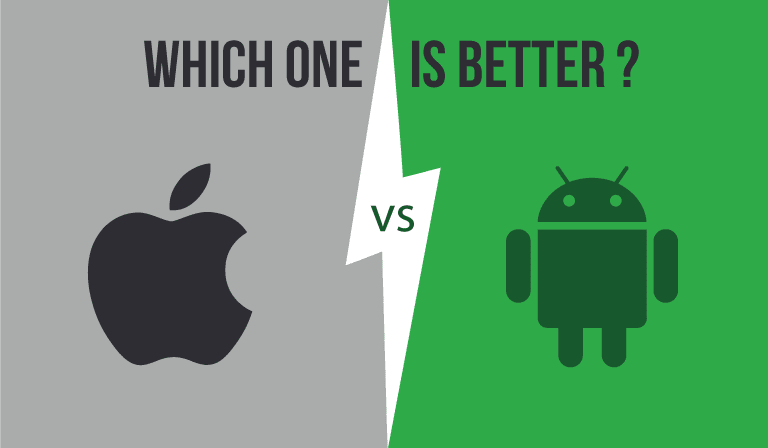 Pros:
Developers choose to develop an app on the Android platform because they get more flexibility and opportunities.
The design of the Android app is easy to understand. Thus even without much experience, one can create a nice layout and an excellent user interface.
Users can download and enjoy your app just hours after the development team uploaded the Android Kit (APK).

Cons:
There are so many devices and different hardware available on the Android platform. So, it’s hard for developers to test anything as easily as they want. It is a dilemma that needs time.
Due to more fragmentation and rigorous research, developing an Android app will cost more.

Anques Technolabs
Anques Technolabs is leading IT comapny which offer web and app development services across the globe.
How To Develop a Flight Booking Mobile Application?
#developapplication #ios #android #mobileapp
How to create an iOS app? A step by step guide
#ios #appdev #mobile #mobileapp
A Definitive Guide To Microservices: Everything You Need To Know
#microservices #webdev #programming #developer