There are plenty of different languages you can choose from when it comes to programming - but you're definitely going to have the easiest transition into the world of computer programming if you start with Python. This language is one of the fastest growing programming languages available today - and the best part? Its super easy to learn!

Many languages take quite a while to learn thanks to their clunky syntax and excessive use of brackets, parentheses, colons, semicolons, etc. Making one wrong move in this aspect can leave you stuck debugging for hours - a major pain when you have hundreds of lines of code to work through! 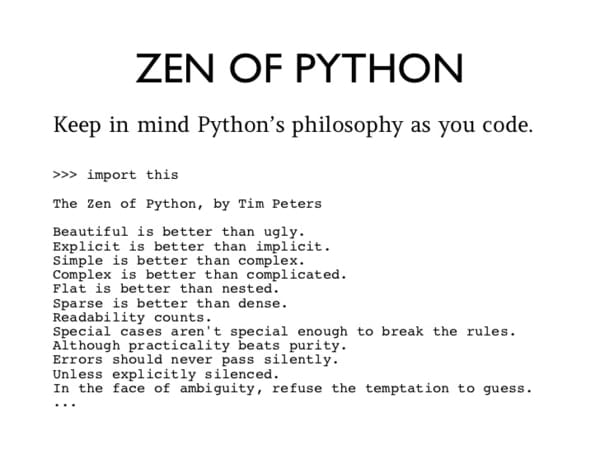 Python is different because it allows you to get rid of many of these syntax issues by focusing on indenting instead of using brackets and the like. It also makes it easier to go through lines of code when you're trying to debug or make updates. Plus, it makes sure that you properly learn the foundations of proper indentations. This leads us to the next reason Python should be your first programming language

Learn to Indent the Right Way

You may be surprised to learn that many programmers never learn how to properly indent their work. Even though it seems to be a basic step in writing code, indenting can be frustrating when you're in the middle of a project and trying to focus on formatting everything else. This makes many programmers reluctant to use it - if they bother to at all.

Because indentations are part of the language, Python users produce some of the most readable code when they program in other languages. If you decide to learn more than just Python, you'll discover how critical it is to be able to indent properly. When it comes to maintaining programs and debugging, you'll easily save hours of time if the programmer who wrote the code used indentations when they composed their app.

Its Pretty Much English

It may sound crazy to think of Python as basic English - especially after you've heard crazy stories about how frustrating other languages can be (Yes, I'm looking at you JavaScript). When it comes to learning Python, however, you won't have to spend countless hours trying to understand the nuances of the language. After a few rounds of practice, it will just start to make sense.

Let's compare C++ to Python to illustrate this point more clearly. If you wanted to say, "Well that was easy" in C++ itd look like this:

See what I mean? Even if you've never seen a line of code in your entire life, you'd have a general understanding of what this Python command meant. It's pretty much just basic English. So if you know you want to spend some serious time investing into learning code, make sure you start with something easy - like Python.

TypeError: ‘module’ object is not callable