Selenium Webdriver is an automation framework used within different internet browsers, to help developers execute tests in the form of scripts.

The web browsers that it can be used with are Google Chrome, Mozilla Firefox, Opera Browser, Ghost Driver, Internet Explorer and Safari, plus many more. Each browser has a different web driver.

Webdriver was adapted and developed to improve upon an existing software from Selenium, titled Selenium RC.

Its creation brings with it a wealth of useful and positive improvements to the selenium software testing system. Some of the benefits of Webdriver compared to its predecessor selenium RC are listed below.

You can use selenium webdriver with Python, meaning you can control a web browser from code

Webdriver is supported by a number of the following programming languages including Java, PHP, .Net, Perl, Ruby and Python. One brilliant feature of webdriver is that you do not need to know every lanaguage or even use the standard language Selenese, you need only to be fluent in one of these languages to write tests. 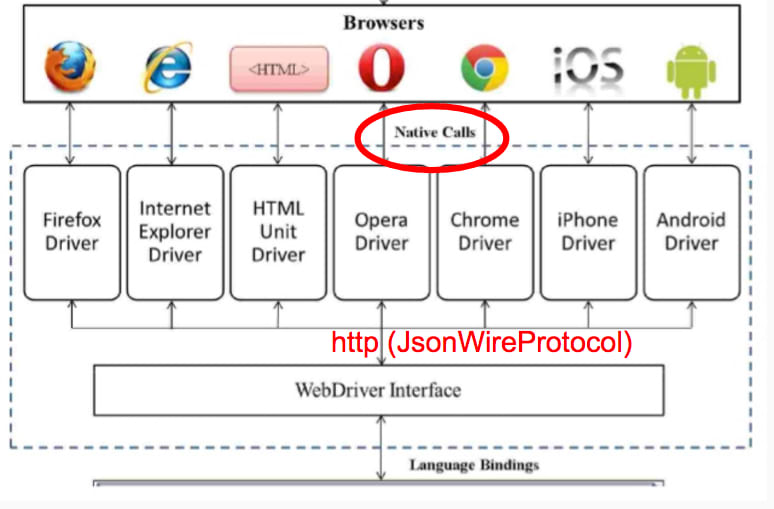 The APIs of selenium webdriver are object oriented, which can prove beneficial.

Selenium webdriver can support the movement of the mouse cursor which adds an extra layer of precision and faster workflow.

Appending the full XPath is an optional requirement in selenium webdriver, you can use ids or names instead.

Listeners whose implementation is not fully supported in selenium RC and IDE will receive support in selenium webdriver.

You can get images, get links use the keyboard input and everything you can do with a web browser, from code.

Webdriver supports testing of Android and iOS applications, unlike its predecessor, which makes it substantially more useful in todays market where Android and iOS dominates.

Compared to its competitors, selenium webdriver is leaps and bounds ahead in terms of effectiveness and value, we have outlined some if its positive features below:

The language support it offers is a huge benefit for automation testing on web browsers. Languages like Pyhton, Java and Ruby can all be utilised which adds flexibility and allows ease of use for developers already familiar with these languages.

Selenium webdriver supports the ability to test across a range of devices, from iPhones to Androids. This helps to speed up the testing process.

Its ability to test across multiple browsers is also highly praised, from Firefox to Yandex.

The software is open source. This has two major benefits in that it means projects utilising this software do not need to purchase additional licenses, which can save a large portion of a budget. It also means the developing community is constantly working to improve upon the software, to make it more effective for everyone.

Its flexible. As the software is open source it means developers can script their own unique extensions and shortcuts to improve their speed and workflow.

In conclusion, selenium webdriver is only set to become more advanced and more efficient as developers and users continue to contribute to its framework. It has allowed projects to be completed with ease and efficiency, and is a popular choice for developers who are looking to run automated testing.

Heroku: how to deploy a Django app with Postgres in 5 minutes!