Automatic-read-eval-print-loop. It's a real-time python scratchpad, currently one of the top python extensions for VSCode.

Q: How many people use AREPL now?

Around 140 a week. Adding a button to activate arepl about doubled the amount of uses. It's easier to remember that AREPL exists when there's a button for it rather than a command you have to memorize.

Unfortunately the number of AREPL users is not going up. The fact that is staying constant indicates that AREPL simply isn't good enough to retain users. It's hard to pinpoint the exact cause. I created a survey but that didn't help much.

Only one answer is any good. The next question is more helpful.

I'm surprised so many people want better display of variable attributes. I thought inline display would be more popular. I should note that inline and variable display were the only two listed categories - there was the option to write in but most people chose a pre existing category. I should've had more categories to choose from. I've categorized all my enhancement issues and updated the survey with the new categories, so I should get better data going forward.

Q: What nationality are the users? 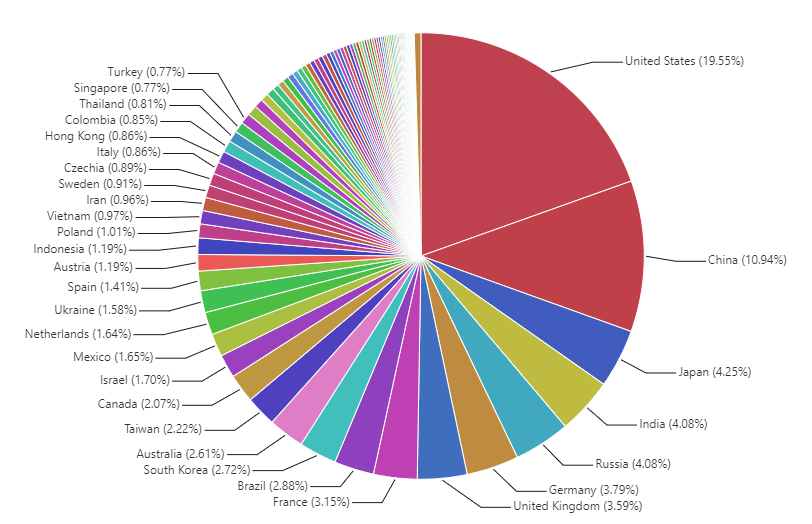 The chart has changed a lot since last year. China used to be the majority of the users but the US has overtaken it with twice as many users as China. Japan and India also increased, in second and third place respectively. UK, the former #3, fell all the way down to #7. I'm presuming the more users I get the more the chart will resemble a chart of number of internet users by country as the numbers even out. Some positions are odd however. For example, why is japan so high? In https://www.benfrederickson.com/github-developer-locations they are #11. Maybe Japanese developers use VSCode and python more than other developers?

Q: How often does a person use AREPL each week?

728 users total this past week.

Hopefully the percentage will continue to rise. 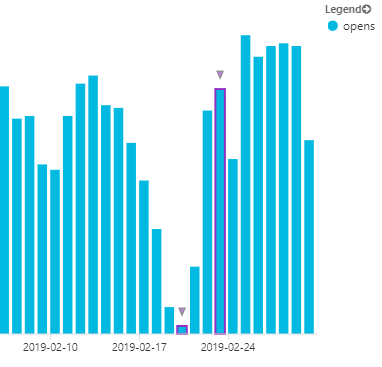 As you can see there is a mysterious decrease in the number of times AREPL was opened. Clicking on the first highlighted column automatically opens up the following query: 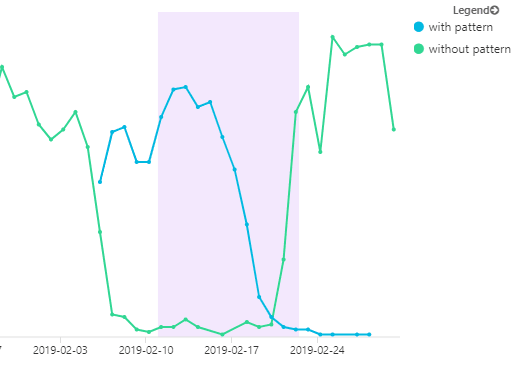 So you can see that the number of version 1.0.8 opens went down drastically and then stopped. This indicates a new release. If we change the query to look for 1.0.9, we get this: 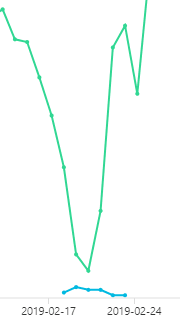 So there were a few opens of version 1.0.9, but hardly any at all compared to before. What gives? Well, I took a look at the 1.0.10 release and found out (I had totally forgotten) that the 1.0.9 release broke telemetry. That explains that.

I made a PR to add this to the Microsoft telemetry extension but unfortunately it got rejected.

Q: Did you get any media mentions?

Q: How can I add application insights to my own extension?
https://medium.com/@almenon214/adding-telemetry-to-your-vscode-extension-f3d52d2e573c

What is a Smart Code Snippet?

Python in the Browser? Ok let's do it!

Almenon
I write from time to time. Views expressed are my own and may not represent the opinions of any entity with which I have been, am now, or will be affiliated.
Arepl stats for 2018
#stats #data #applicationinsights #vscode