We learnt how to nest Scss rules in the last post. Today, we'll go into more depth regarding nesting.

Each point will be discussed in depth.

The parent selector, & , is a special selector invented by Sass that's used in nested selectors to refer to the outer selector

To further understand, consider the example below.

& here works as a reference to the outer selector which is .main .alert

It may be puzzling to you how such a selector may be helpful, right? Parent selector is most commonly used in:

Many frameworks, including Bootstrap, have this pattern.

1.3 also & can be used as an argument inside pseudo-selectors functions:

We use a comma as a separator when there are many selectors in a list.

selector combinators can be placed in many places as shown below: 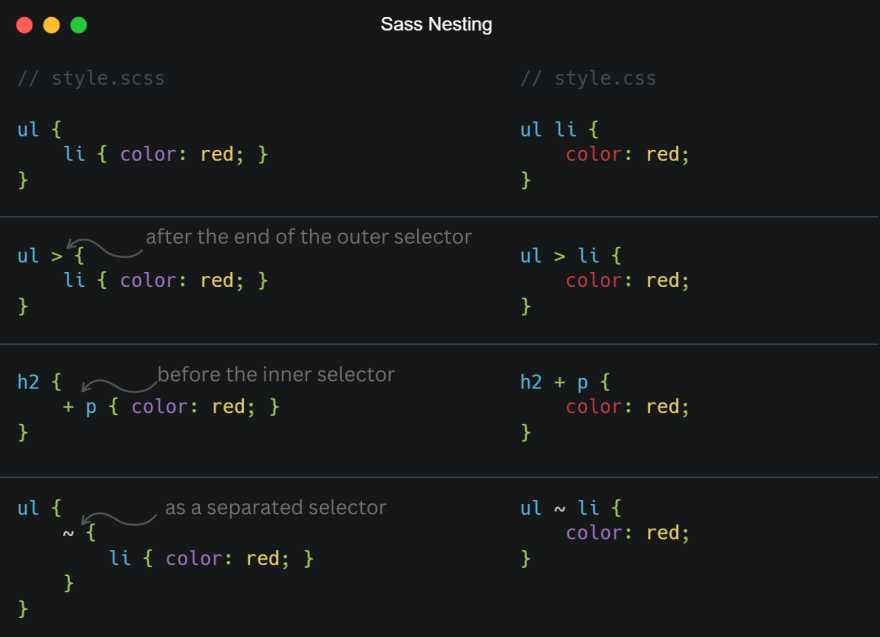 I almost covered everything I know about SCSS nesting; nevertheless, in the following post, we'll talk about a new subject called placeholder selector.