I added the course road map.

The previous post explained what SASS is and why it's preferable to use it rather than CSS. Right now, we are about to learn how to include it in our project.

Browsers won't understand sass files since, as we all know, they only understand HTML, CSS, and JS. Therefore, in order to make it simple for browsers to grasp, we need to compile Sass scripts into CSS files.

In the next few lines, we will discuss 3 methods to compile Sass to Css

One of the simplest ways to compile Sass into CSS is by using the sass package.

sass can be installed on Windows, Mac OS X, Linux, and Unix operating systems. It can also be installed through the Node Package Manager (NPM). The installation process for both methods is quite simple.

To install sass using NPM, we need to install node.js first on our machine, then open the node terminal and follow these steps:

1-Run node --version to confirm that the node has been set up properly.

This will download the package from npm's repository and install it globally on your system.

This will automatically compile style.sass file to style.css file

Congratulate 🎉 you have setup sass successfully.

Now, if you copy & paste this Scss code in your local Scss file

it will be compiled to

live-sass is one of the most efficient VS code extensions that is used in sass compilation.

There are some online tools, such as sassMeister that compile Sass without any installs. 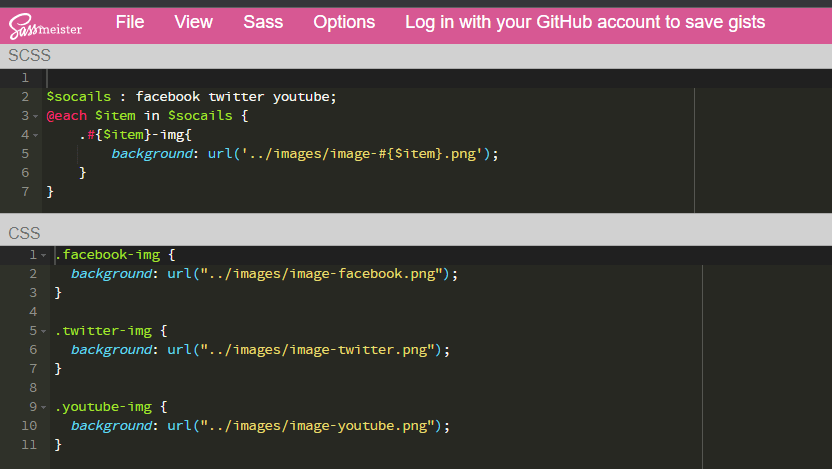 Now, it's time to go deeper with sass. In the next article, we will learn more about sass syntax.

COLDCODEWAR ON: I asked Chatgpt straight question about its affect on humans ,students & developers . Here is it's answer.