In the last article, I gave a small introduction to programming with Go, where we saw the tiniest possible programs and the general syntax.

Continuing on the syntax, let's take a look at some more syntax and understand how variables are declared in Go.

If you're completely new to Go, please check out the previous article: 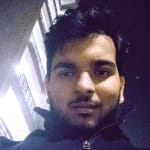 Getting started with Go

Variables are declared using the var keyword and are used to store values.

The following is an example of a variable declaration.

The variable name is of type string and is assigned the value John.

You can also declare multiple variables at once.

You can also declare variables with a type but without an initial value.

You can also declare multiple variables with a type but without an initial value.

Or multiple variables of the same type in a single line.

Here, name and occupation are of type string.

You can also use the := operator to declare and assign a variable at the same time.

Note that the := operator is only valid in short variable declarations. You cannot use it outside function bodies.
When using the := operator, the variable is declared with the type of the right-hand side expression. The var keyword is also not required.

** Implicit type declaration **
You can also declare a variable without specifying its type. In this case, the type is inferred from the initial value or a function call.
For example, the following code declares a variable age of type int and assigns the value 30 to it.

Or using a function call.

This also works for shorthand declarations.

Constants are declared using the const keyword. They are used to store values that cannot be changed.
For example, the following code declares a constant PI and assigns the value 3.14 to it.

Constants can also have implicit type declarations as in the above example.

Thanks for reading.
This should give you an idea of how variables are declared in Go and how the syntax compares to other programming languages.

Stay tuned for more on Go.

If you want to connect with me, you can find me on Twitter @abh1navv.

What are your tips for an effective developer resumé?