Liam McIvor Martin is a Co-Founder of Time Doctor, a time tracking software for remote teams. Time Doctor helps individuals and organizations to be more productive, to stop wasting time and finish what is important to them instead.

The same way Liam's speech is going to help you to become incredibly inspired and ready for action right now. Liam gives ready-made clear advice and explains why this is important and what it gives his own company.

Well, to make sure you start reading, here's a quote: "Basically, there is no quantitative data currently that shows that remote off-sites actually work. We may find in the future that team retreats are actually not effective at all. But as of right now, since we have a whole bunch of extra cash, we basically do it. And the reason why we have so much extra cash is because we have a remote-first organization."

Honest and inspiring, isn't it?
Go ahead and check out the recording of Liams's presentation at our Remote-First Conference here.

I want to start off by actually talking about something that my buddy, Steve Monroe from Hubud, actually talked about at our conference Running Remote about three years ago. It was this word that I had never heard about, which is "KAROSHI", a Japanese word. I spent the better part of two weeks literally going through this, the history of this word. It's a very interesting phenomenon. 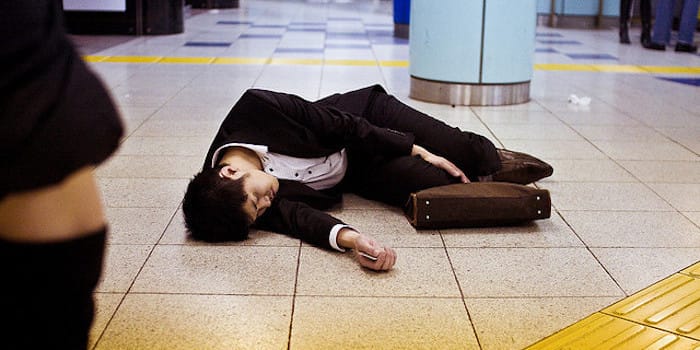 I'm sorry, but basically "KAROSHI" is a Japanese word, which literally means death caused by overwork or job-related exhaustion. 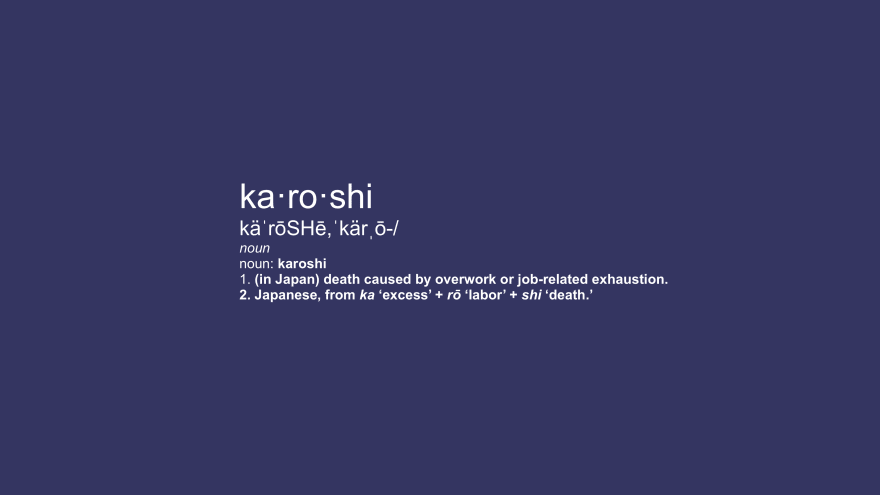 And this is not just a small phenomenon. Throughout the 2000s, one person died of "KAROSHI" almost every 2 days in Japan. It's actually a really scary phenomenon there. 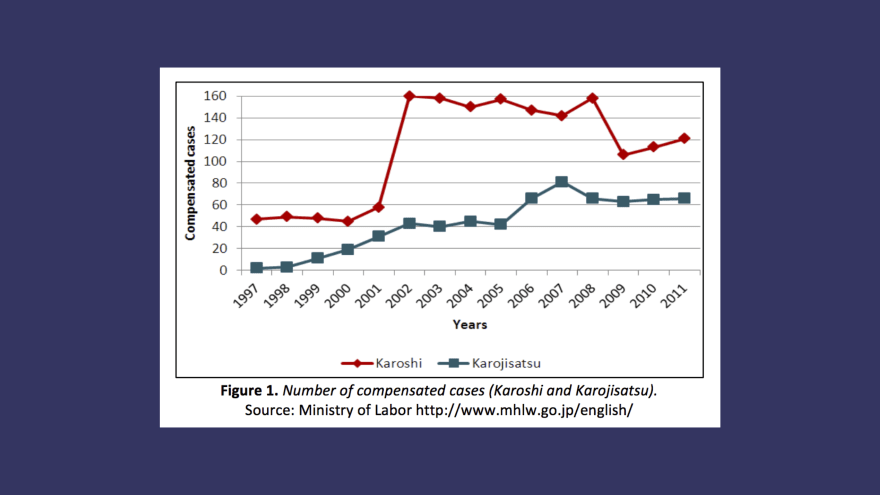 Here are, basically, the medical causes of "KAROSHI". 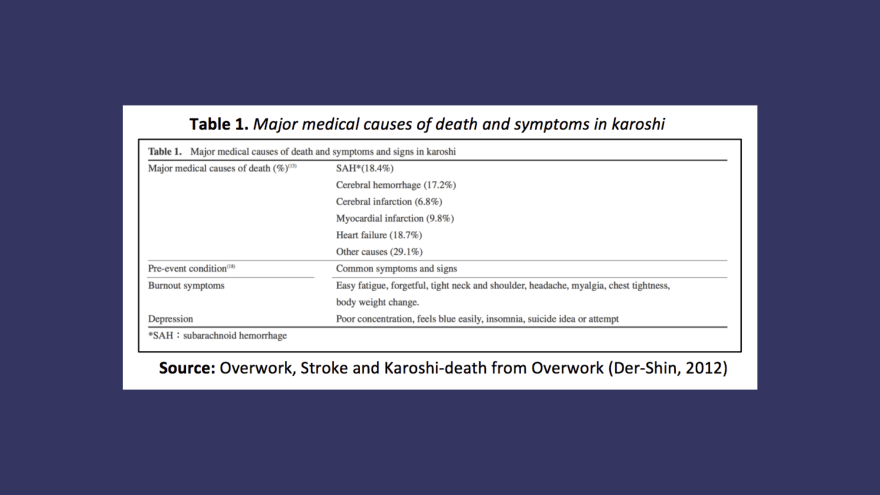 I see a pretty interesting correlation, which is anyone that works more than 159 hours of overtime in a month usually ends up dying of "KAROSHI". 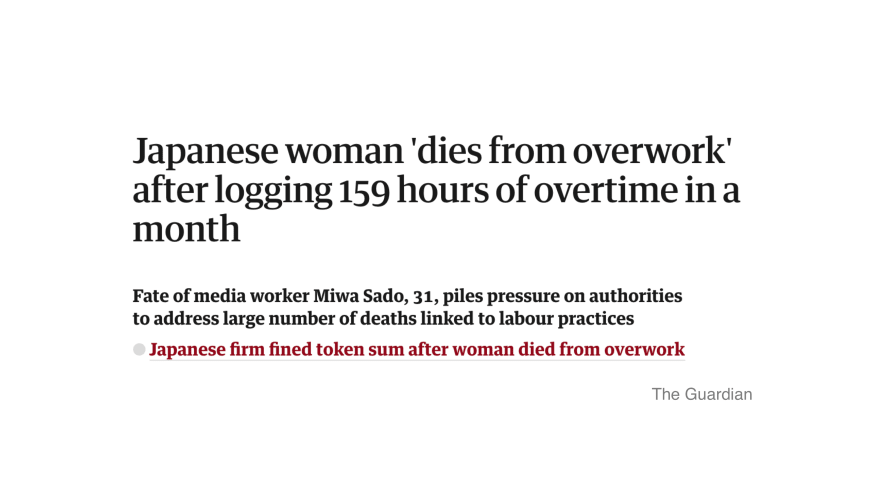 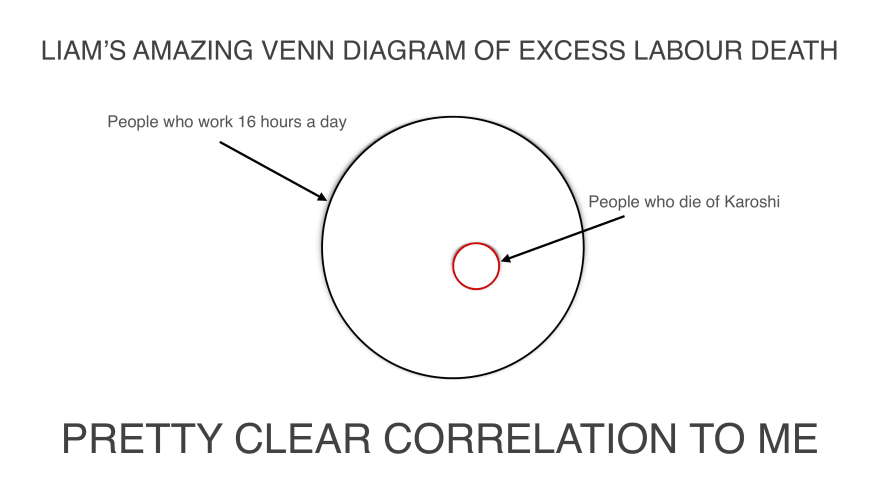 So it's a pretty clear correlation to me. If you look at GDP per hour worked for Japan versus the United States, it's actually almost exactly the same. But the Japanese work twice as much as Americans. So literally, Americans are twice as productive as the average Japanese person during their work week. And this comes down to a base assumption, which is work equals productivity, and it does not.

I am the founder of a tech company that specifically measures this type of data. So we're going to get into that. 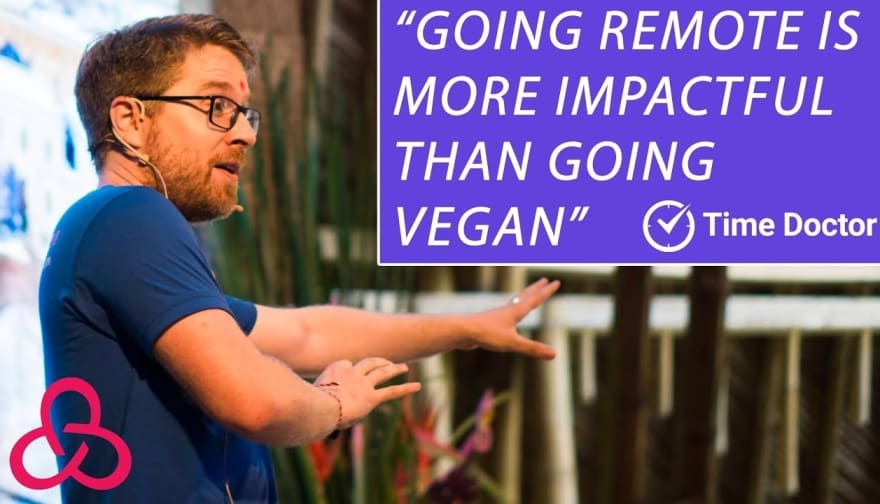 But before I get into all of those details. My name is Liam. I run two tech companie — Time Doctor and Stuff.com, I also run Running Remote, which is a conference on building and scaling remote teams. We have employees in 38 countries all over planet Earth. I've been doing remote work for 15 years, since was called telework or outsourcing as well.

I'm Canadian. Canadians do two things: either play hockey or choose figure skating. The second variant was much more interesting than getting punched in the face. And that actually ended up taking me to a competitive level, but not making it to the world podium at the Olympics ended up taking me to McGill University. Basically, that was kind of the second stage in my life.

I was gonna become a professor at McGill University. And after seven years of grad school, I gave my very first class. It was about 300 students. And that ended up with about 150 and the worst academic reviews in the history of McGill's department in about 250 years.

This is just one of those student comments:
"Worst prof at McGill. I think he enjoys watching everyone fail. Not super helpful or nice to students... Just horrible."

I remember walking into my supervisor's office. And I said, "I don't think I'm very good at this." And he said, "No, you're not." And then I said, "OK, so what do you think that I should really be doing with my life?" He said, "You got to get pretty good at this lecturing thing because you're going to be doing it for the next 10 to 20 years before you get to do anything fun." And so with that said, I literally threw a master's thesis under his door and I was out into the real world. And what I learned from that is I really liked teaching, but I did not like lecturing. So that actually ended up in my very first remote-first business, which was an online tutoring company, grew that to about two hundred tutors throughout North America and Europe.

But I had encountered a "karoshi" level problem. I remember going into my dentist's office, I was complaining about a chipped tooth. So I opened up my mouth and the dentist gasped. It's never a good idea when a health professional gasps when they're looking at you. So he asked me, "Liam, which tooth are you talking about? You've chipped all of your teeth."

He actually thought I had pancreatic cancer, which is the only thing that you can get from chipping all of your teeth within a year.

And so after figuring out it wasn't fourth stage pancreatic cancer, next stop was to my therapist. And my therapist said, "You're in a state of PTSD level stress. You either need to basically relieve your stress or shut down the business." I was working 16 hours a day at that time. And this was the way that I got out of that stress and why. Now I teach about remote work so much, because it was so important to fundamentally changing my life.

So with that said, a super important rule of hiring remote — make sure that no one including yourself is dying of "karoshi".

Rule number one is actually to hire people who want to work remotely. So where do you find these people? Use full-time remote job boards, the remote-first job boards, remote-focused platforms. So the candidates that are floating around, they are actually already in the same mindset that you are currently looking for, which is hiring someone in a remote-first capacity.

This is just a photo of some of the dev team doing, like, sand dune buggy races in Dubai. Here's the support team in Boracay. Here's, I think, the marketing team in Bohol. So we do these team retreats every single year. We actually have one single team retreat where everyone flies into one location per year. That's up to you, because it's very expensive.
...

Code Review and your team

The 7 Basic Tools of Software Quality