Hey fox, with this post I will start writing in plain English.

Anybar it's a desktop-app what I have in my arsenal and I have used day by day.

There are versions for linux, windows and Mac.

It's like a semaphore that you can control, only sending colours to a port.

I used to manage the long execution commands and saw how long it takes:

With this small snippet I can execute a command and see the status of the command
from another desktop screen.

I like the minimalist approach of the command. Because with simple communication
you can create an excellent development approach like this:

In my case, if the server stop listening it's because an exception was executed. I
need to check the output to see the problem.

Or you can go further:

You can create your anybar strip and control the lights from commands.

and here My guahiro proyect: 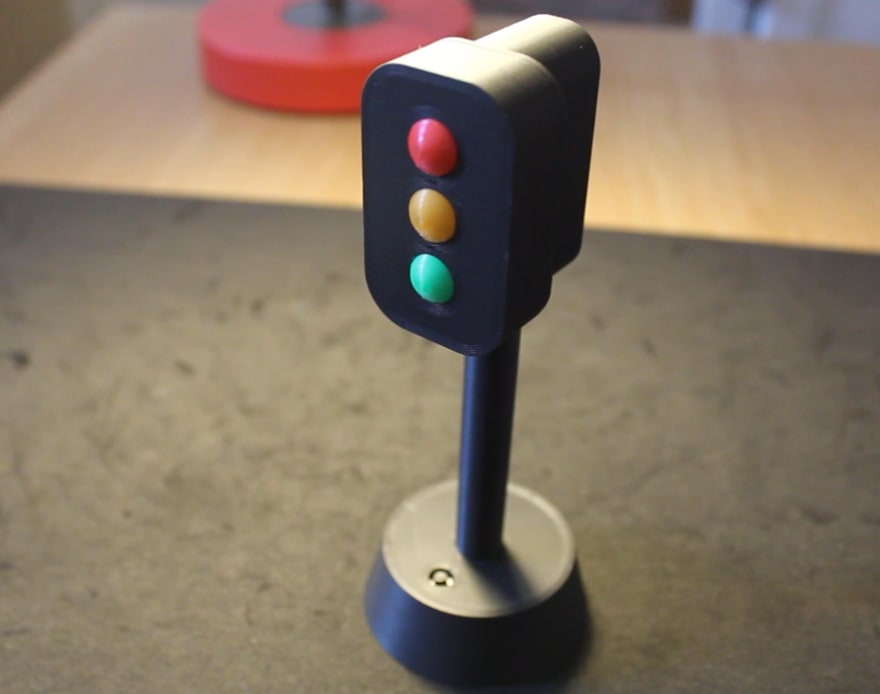 Who doesn't want this kind of semaphore when your CI didn't pass ?

Colima - How to use docker without Docker Desktop?

Andres 🐍 in 🇨🇦
Mexican developer who get a job abroad in Canada
How to use JDownloader in headless mode and in remote server
#java #linux #vps #jdownloader
Watch mega.nz videos with mpv
#megatools #mpv #tools
[Ask] For Server linux security is this enough ?
#security #linux #bash

Once suspended, zodman will not be able to comment or publish posts until their suspension is removed.

Once unsuspended, zodman will be able to comment and publish posts again.

Once unpublished, all posts by zodman will become hidden and only accessible to themselves.

If zodman is not suspended, they can still re-publish their posts from their dashboard.

Once unpublished, this post will become invisible to the public and only accessible to Andres 🐍 in 🇨🇦.

Thanks for keeping DEV Community 👩‍💻👨‍💻 safe. Here is what you can do to flag zodman:

Unflagging zodman will restore default visibility to their posts.