The essence is that work of team members (on the develop branch) can continue, while another person is preparing a quick production fix. 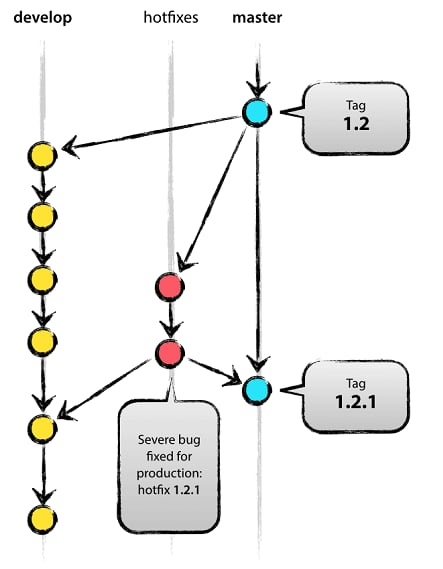 Hotfix branches are created from the master branch. For example, say version 1.2.1 is the current production release running live and causing troubles due to a severe bug. But changes on develop are yet unstable. We may then branch off a hotfix branch and start fixing the problem:

Don't forget to bump the version number after branching off! Again, the bumpversion. sh script will automatically determine the new version number starting from the branch name.
Then, fix the bug and commit the fix in one or more separate commits.

For More "The Final Guide" see the Index Page