AR (Augmented Reality) has a wide range of uses in many fields such as medicine, entertainment, education or industry. After the Industry 4.0 revolution, it has become one of the focal points of smart factory applications. In this article, I will talk about our approach that applies the augmented reality application to an ATV(Autonomous Transport Vehicle). 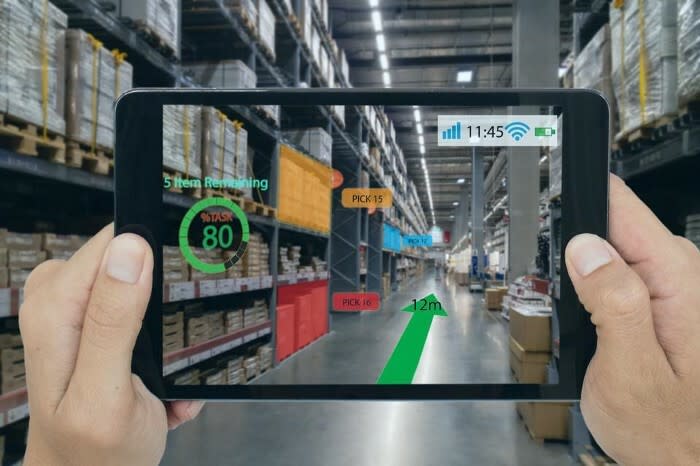 First of all, I would like to clarify that this approach was developed for the “Development of Autonomous Transportation Vehicles and HMI-M2M Interfaces for Smart Factories” project financed by TÜBİTAK.

You can access all project on my github repo.

In practise, it’s aimed to augment the sensor data received from the ATV in order to inform the operator and prevent possible hazard. For this purpose, the ATV and laboratory shown in Figure 1 were used.

Prior to realize this approach in real environment, it was performed in Gazebo simulation environment shown in Figure 2.

The data used are as follows:

ROS (Robot Operating System) is located at the center of the architecture shown in Figure 3. It acts as middleware between system components and allows them to communicate easily.

There are two different camera perspectives that you can switch while ATV is performing its task:

Results
You can see the screenshots of simulation environment shown in Figure 4. 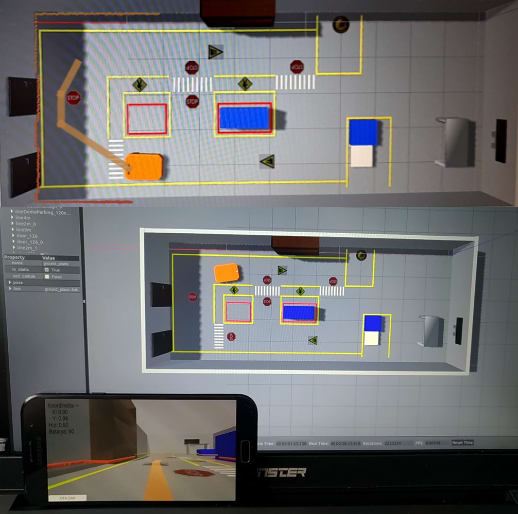 You can also see the screenshots of real environment shown in Figure 5.

Once suspended, zekeriyyaa_ will not be able to comment or publish posts until their suspension is removed.

Once unsuspended, zekeriyyaa_ will be able to comment and publish posts again.

Once unpublished, all posts by zekeriyyaa_ will become hidden and only accessible to themselves.

If zekeriyyaa_ is not suspended, they can still re-publish their posts from their dashboard.