Going to the cloud gives the impression that you don't have to understand the concepts ("how it works") because the cloud provider takes care about all details, like the high availability of a cloud service, a database for example. However, the high availability of the database doesn't always guarantee the high availability of your application, and the consistency of data across failures. Where public cloud makes it more difficult is that you cannot test the failure scenarios. In your premises, you can test the database failover by switching off, during a downtime window, the whole datacenter (I did it in the past and you would be surprised to see what can go wrong when the servers and routers do not stop in the same sequence as what you expected). The good thing is that there are ways to reproduce issues in a lab with containers and simulate failures.

In this series about High Availability with traditional databases (the supposedly well-known primary/standby model) I will test PostgreSQL with Patroni on a zone failure. For this, each zone will be a set of containers (PostgreSQL and etcd here for Patroni). The important point is that I'm not testing for a server failure, but for network partition where all servers are up but communication is lost between zones.

The following is similar to the previous post where I setup a 3 nodes Patroni cluster, with the Primary as patroni1 and two standby databases, with sync commit:

I have added the creation of a demo table and my cluster has the primary in Zone 1, a read replica in Zone 2 and the standby in sync in Zone 3:

Run DML on each node

The following connects each second to each node. I'm connecting from the containers, locally, because I will disconnect the network to simulate a zone failure. However, I still want to show what happens with local connections. Usually in the cloud, you have application servers in each zone.

In normal conditions, the reads show the same value (no gap when in sync, limited gap when async) and the update is successful on the primary, returning the updated value that will be seen by the next reads. This is what I have here: 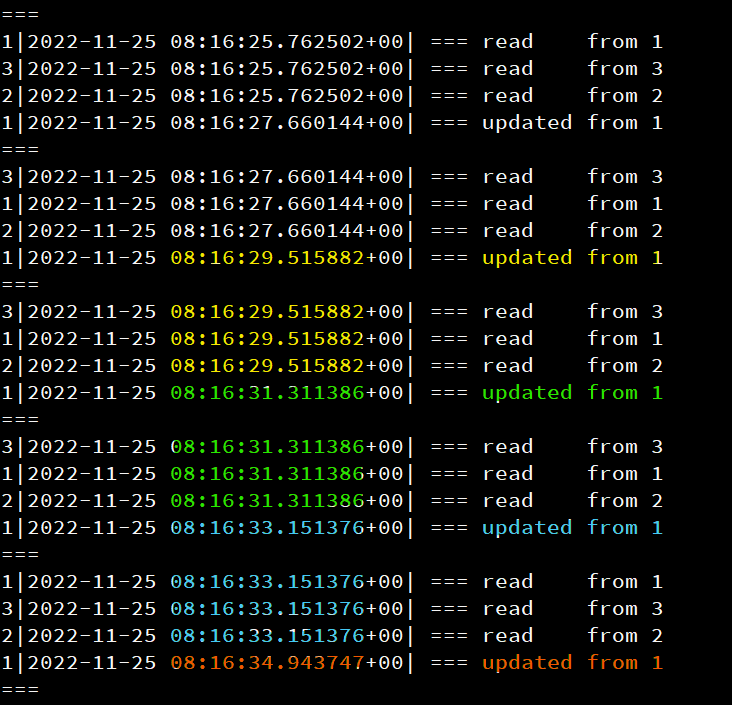 To simulate a network partition for the Zone 1, where the primary database is, I'll disconnect the containers in this zone. I'm using the following function:

With this, I isolate the Zone 1:

Immediately the updates cannot succeed because they cannot be sync'd to any standby: 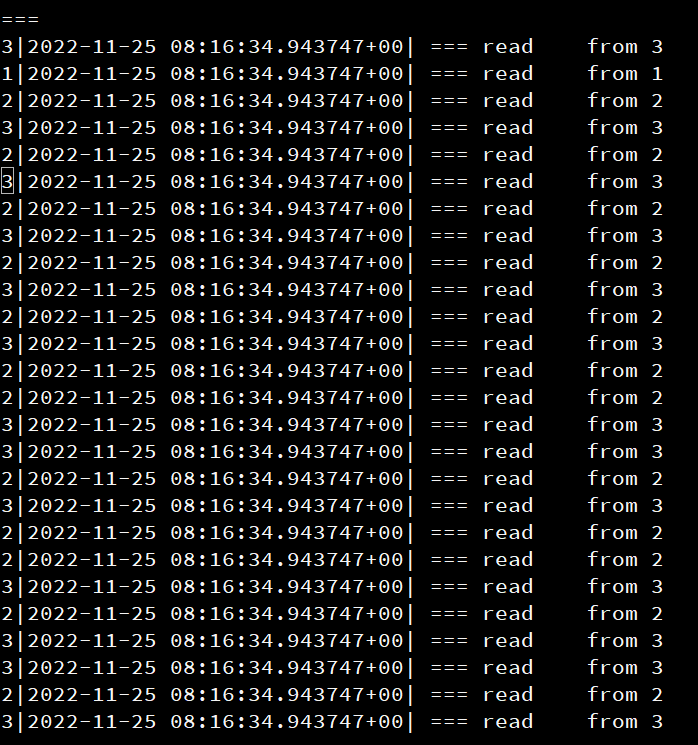 Then the automatic failover is initiated by the Patroni agent, to the standby in Zone 3 which will accept new writes after a while: 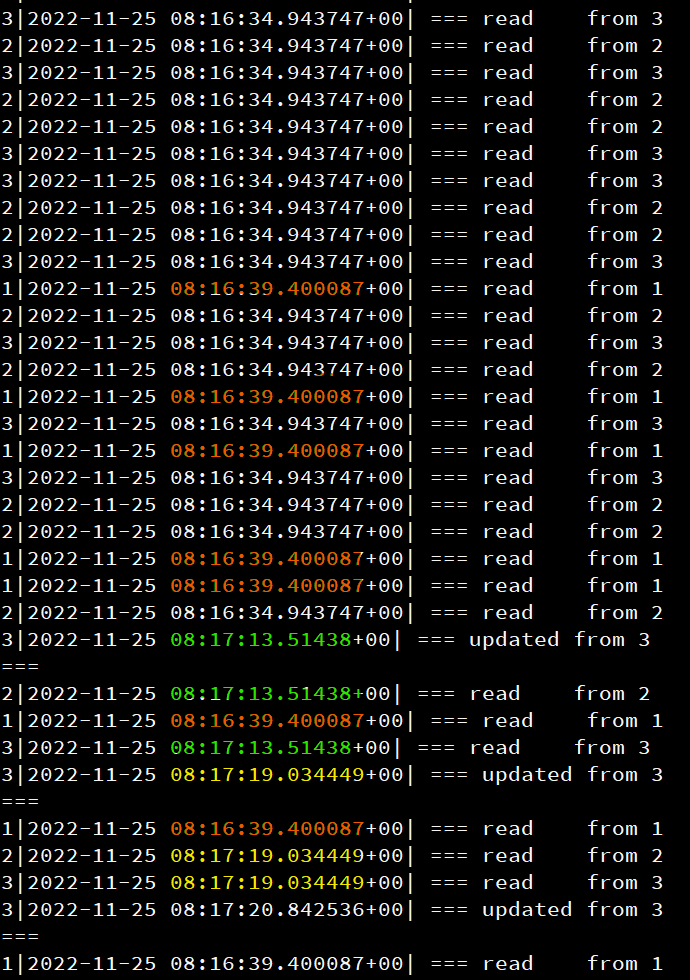 The new standby is available for reads and writes, but there are two anomalies here. The last successful update was from Zone 1 at 08:16:34. While the primary was stall, this is the value seen from the replicas in Zone 1 and Zone 2.

In my opinion, this replica in Zone 1, being out of the quorum, should never have been opened a read replica. This is a read-only split brain, with stale and dirty read. I'm not aware of a Patroni setting for this. please comment if I missed something.

Note, however, that the dirty read above is not as bad as it may seem because it doesn't break Atomicity or integrity (the A and C in ACID). Even if the transaction was never considered as successfully committed, the application had the intention to commit it and all integrity checking have been passed, or it would have been rolled back. And remember, this is from a read replica: do not expect ACID there.

Such failures in a cloud provider can happen but are short duration. I reconnect the network: 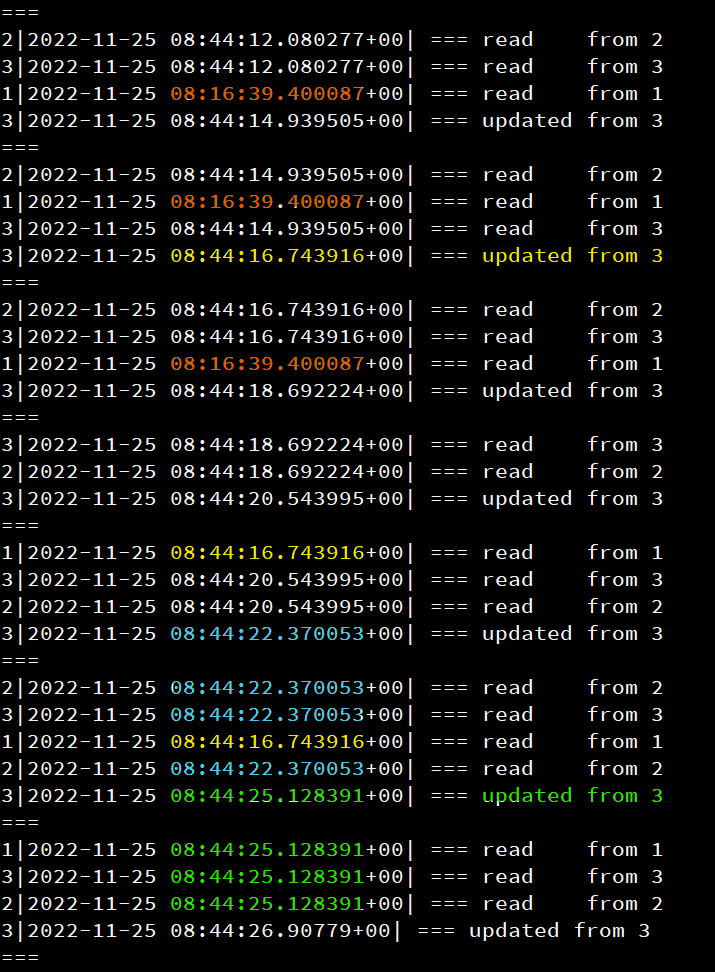 Why is it important to understand that?

Even if the failover is automated and successful, you have a lot of manual actions to do after a failover. Be sure that there were no critical reports shared publicly with the wrong result from the stale replica. You should also check your backups if you take them from the replica, because they are corrupted with a value that has never been considered as committed. Even if many things have been automated, thanks to PostgreSQL synchronous replication, and Patroni orchestration, a primary/standby is still a DR (Disaster Recovery) solution and not a full HA (High Availability) one which is transparently resilient to failures. That's one point that is addressed by cloud-native Distributed SQL: you don't have to wake-up anyone if an availability zone is down during the night.

How to build PHP Image from Scratch

Boost Your Query Performance with Function-Based Indexes in PostgreSQL

Hosting PocketBase on a DigitalOcean Droplet