If you are new to Python, you might be confused about all its libraries, packages, modules, and frameworks ,But mostly all will think that there are some pieces of code in it. But what’s the difference between them?
In this article, I’ll try to explain the difference between Python modules, packages, libraries, and frameworks.
Before getting to it let me give you basic idea about

Python is an interpreted, object-oriented, high-level programming language with dynamic semantics. Its high-level built in data structures, Python's simple, easy to learn syntax emphasizes readability and therefore reduces the cost of program maintenance. Python supports modules and packages, which encourages program modularity and code reuse. The Python interpreter and the extensive standard library are available in source or binary form without charge for all major platforms, and can be freely distributed.

Why we use this Modules, Packages, Libraries, Frameworks?

Real-world programs are complex. Even a simple snake game would require lots of code if you programmed everything from scratch. To simplify the process and make it more effective, developers leverage

A module is basically a bunch of related code saved in a file with the extension .py. You may choose to define functions, classes, or variables in a module. It’s also fine to include runnable code in modules.
If you want your code to be well organized, it’s a good idea to start by grouping related code.

-For example, let’s define a function to welcome Message for visiters of your website or blog

To have this function stored in the module welcome, we save this code in a file named welcome.py.

If we want to use this code in our application, we first need to import the respective module using the import statement. Then, we’ll be ready to use a function defined in this module by calling that function with the module.function() syntax:

It’s common to have many different items defined within the same module. So, you may want to import only one specific function rather than the entire module. For that, you can use the following syntax:

If you have some experience with Python, you’ve likely used modules. For example, you may have used the:

we have a numerous benefits using modules in your python code

-The functionality you define in one module can be used in different parts of an application, minimizing duplicate code.

When developing a large application, you may end up with many different modules that are difficult to manage. In such a case, you’ll benefit from grouping and organizing your modules. That’s when packages come into play.

Python packages are basically a directory of a collection of modules. Packages allow the hierarchical structure of the module namespace. Just like we organize our files on a hard drive into folders and sub-folders, we can organize our modules into packages and subpackages.

To be considered a package (or subpackage), a directory must contain a file named init.py. This file usually includes the initialization code for the corresponding package.
For example, we can have the following package my_model with modules related to our data science project: 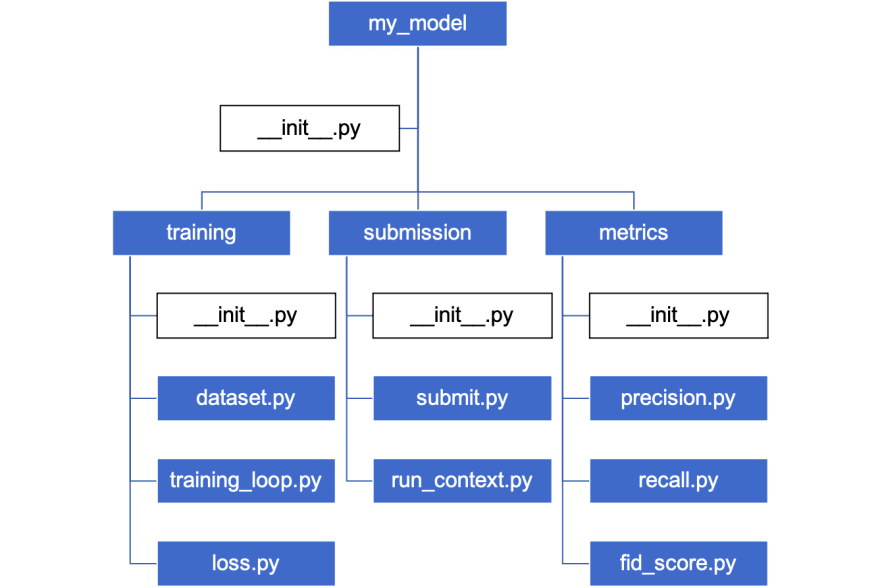 We can import specific modules from this package using the dot notation. For example, to import the dataset module from the above package, we can use one of the following code snippets:

Next, we may choose to import only the load_dataset() function from our dataset.py module. Either of the following options will do the job:

There are a lot of built-in and open-source Python packages that you are probably already using.

As your application grows larger and uses many different modules, Python packages become a crucial component for optimizing your code structure.

Oftentimes, developers create Python libraries to share reusable code with the community. To eliminate the need for writing code from scratch, they create a set of useful functions related to the same area.

There are thousands of useful libraries available today. I’ll give just a few examples:

If you COMPARE APPLICATION DEVELOPMENT TO HOUSE CONSTRUCTION, Python frameworks provide all the essential building blocks like the foundation, walls, windows, and roof. Then, the developers build their application around this foundation by adding functionalities comparable to a house’s alarm system, furniture, appliances, etc.

-Bottleis another lightweight framework for web development that was originally meant for building APIs. Its unique features are that it has no dependencies other than the Python Standard Library and it implements everything in a single source file.

Python frameworks allow programmers to streamline the web development process by providing a necessary foundation while still being flexible. No wonder that top applications – including Netflix, Airbnb, Reddit, and Udemy – leverage the benefits of Python frameworks.