Kubernetes is a big and complicated technology and it clearly requires some time and dedication to wrap your head around. There is no vendor lock-in meaning it runs the same no matter which managed cloud platform you use it on. This means using it locally will be no different from using it on the cloud.

There are multiple tools for running Kubernetes on your local machine, but it basically boils down to two approaches on how it is done:

arkade provides a portable marketplace for downloading your favourite devops CLIs and installing helm charts, with a single command.

You can also download CLIs like kubectl, kind, kubectx and helm faster than you can type "apt-get/brew update".

With over 40 helm charts and apps available for Kubernetes, gone are the days of contending with dozens of README files just to set up a development stack with the usual suspects like ingress-nginx, Postgres and cert-manager.

Before we move on to talk about all the tools, it will be beneficial if you installed arkade on your machine. It will help you get these tools with a single command.

All of the tools listed here more or less offer the same feature, including but not limited to:

k3s is a lightweight Kubernetes distribution from Rancher Labs. It is specifically targeted for running on IoT and Edge devices, meaning it is a perfect candidate for your Raspberry Pi or a virtual machine.

It can be run as a binary or in DinD mode. k0s takes security seriously and out of the box, it meets the FIPS compliance. Although, a new distribution, k0s has reached the production-ready status, so there wouldn't be an issue for development usage. 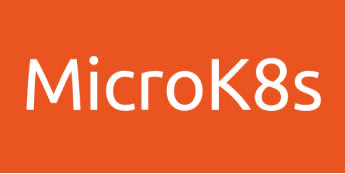 MicroK8s is a Kubernetes distribution by Canonical, the company behind Ubuntu. You already saw this coming; it can only be installed using snap. It comes with loads of add-ons baked in like Fluentd, Grafana and Prometheus.

If you are on Ubuntu or its derivatives that uses snap you'll feel right at home using MicroK8s.

Running Docker inside of Docker (Inception anyone?) is a popular way of bootstrapping Kubernetes. The isolating nature of Docker makes running a multi-node cluster a breeze on a single machine, and also ensures the running instance does not affect the machine itself.

As the title suggests, you need to have Docker installed on your machine to go this route.

Either you choose a single binary package or DinD approach, Kubernetes has made itself pretty accessible. For new learners, the barrier to entry is low, and the feedback loop is instantaneous.

I hope this article has been helpful in deciding which tool to use for running your local Kubernetes instance.

Data points you need to know about ARM for your application code migration.