Save time, improve your build process by streamlining releases.

Assuming a scenario for a typical package (which yourself is the sole author of), such as some sort of web component, CSS library, etc. which is intended to be used in a client and has some sort of a build process.

As mentioned above, this article is not meant for multi-developers codebase which are actively working on branches, because we don't want to tag anything when pushing, and certainly not publishing, since doing that is reserved for a dedicated pipeline (devops).

For the sake of example, this article presents a portion of code used in one of my packages - knobs, which is a pretty small project which uses Rollup to bundle the JS & SCSS.

This topic has been addressed a lot and this article assumes basic knowledge of working with NPM custom scripts and with lifecycle ones, such as start, test, version, prepublishOnly and so on.

😥 What can go wrong without automatic release flow:

Since the project requires a build process, without automating the release flow as much as possible, unwanted outcome might occur:

🦺 Wanted: Something which guarantees nothing of above happens.

package.json before the change:

Pretty standard bunch of scripts, nothing interesting to talk about.

In order to publish the package, a non-automated release flow example would require to first run npm build:prod, which will run the cleanup script and then the bundling script, which runs without the watch command, because watching is unnecessary just before deploying since there is no code change. Then commit, and add a git tag and push with the tag, everything, and then publish the code. (or publish and then push).

There are many ways to automate the above workflow (or half-automate), but I would like to talk about a specific tool which I find very helpful:

package.json after the change 🤟:

And the command used to publish & push is:

🧐 Note that I am using the --yolo flag because I want to skip tests (I don't have tests) and not clean the node_modules and reinstall everything which can take long minutes.

version (npm scripts property) is a lifecycle script hook which runs exactly at the appropriate time to build the code, output the bundle and add a header comment (to any file) with the just-bumped version number.

prepublishOnly (npm scripts property) lifecycle hook is a good place to check no file is missing before proceeding, using pkg-ok.

🏃‍♂️ Running the above command (np --yolo) will present a GUI:
(screenshot from np repo) 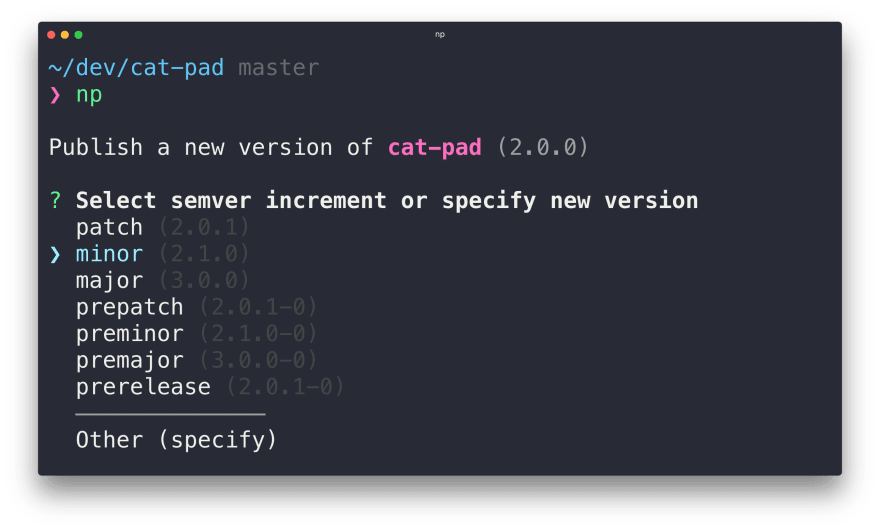 If all goes well, the package will be published and a new browser tab/window will open the project's GIT repository URL, for you to approve & publish a new tagged release in the repo. 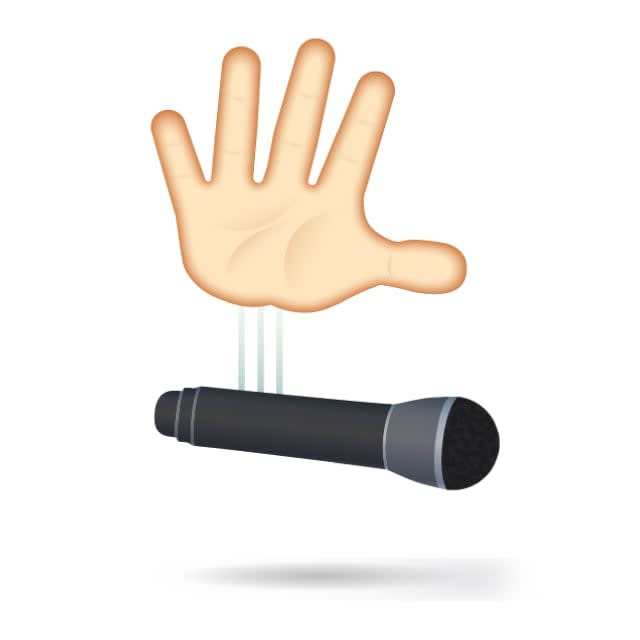 Getting Photos from Mars with the NASA API