In previous article, I have tried to explain the useState hook. The word reducer might present a thought about Redux but don’t worry you don’t have to think about it. I will try to explain what useReducer is and how to use it.

When it comes for managing complex state logic , useState might not be a good idea. There comes the idea about useReducer .

useReducer() is used for storing and updating states. Basically with reducer you trigger some action to view, those event are listened by reducer who has the logic for storing or updating the state. When the state is updated your component re-render.

The useReducer(reducer, initialState) hook accepts 2 parameter. The reducer function as a first parameter and the initial state as a second parameter. The hook then returns an array of 2 items: the current state and the dispatch function.

useReducer returns an array of length two, whose first item as current stated and second item is dispatch functions.

Import the useReducer() package from react

We can initialising useReducer by following way.

Now we will try to decipher what is the meaning state , dispatch , reducer , initialState these terms.

Let’s create a counter app. With the help of this app I will try to explain the meaning of aforementioned terms. 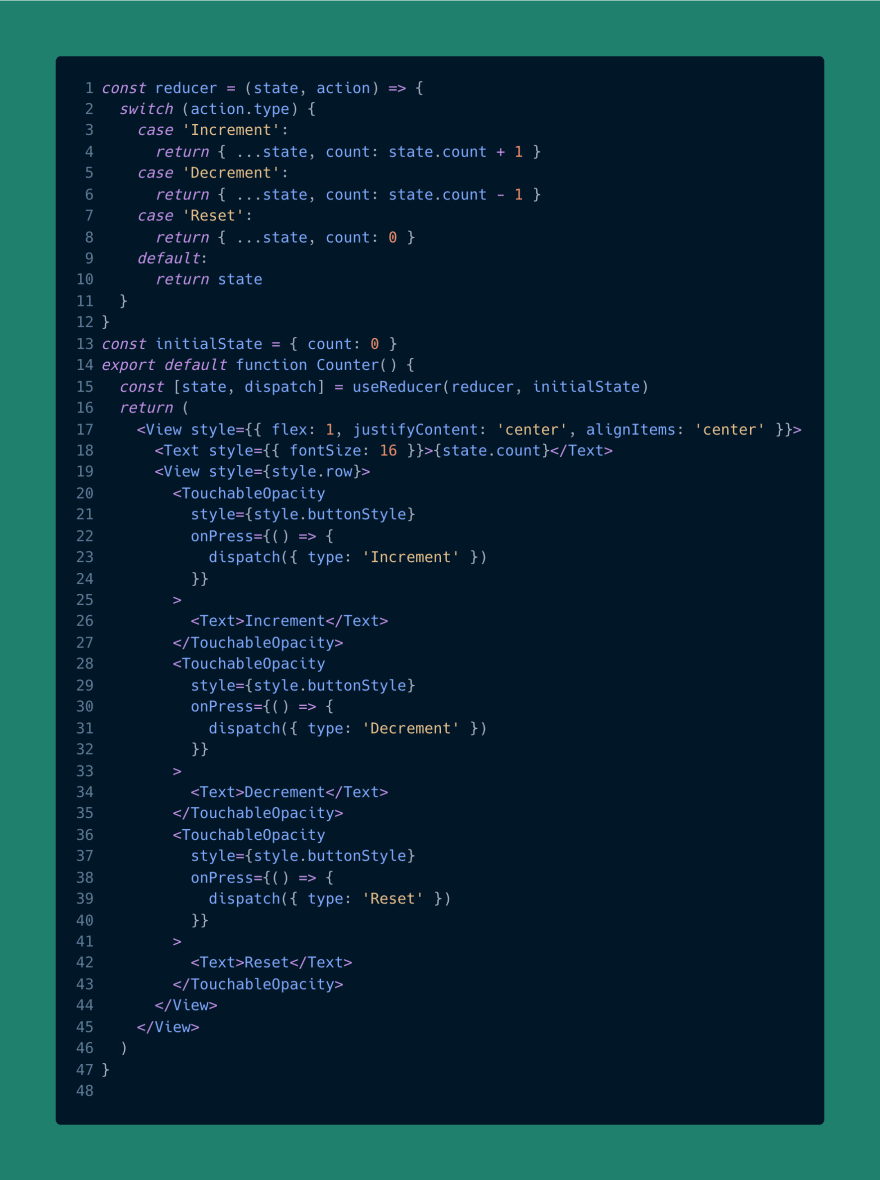 This is the default value of our component’s state when it renders first time.

The dispatch function is the second items returned from the useReducer . It accepts and object that represents the type of action we want to perform. It sends an action to reducer function and reducer function perform the appropriate job ( update the state) on the basis of received action.

The actions that will be dispatched by our components should always be represented as one object with the type and payload key, where type stands as the identifier of the dispatched action and payload is the piece of information that this action will add to the state.

The reducer function accepts two parameters, the current state & the action object . So conventionally, the action is an object with one required property and one optional property:

Basically reducer accepts a current state, update the state on the basis of action object and return a new state.

We can conclude the useReducer in one picture.

Let’s note down all the key points regarding the useReducer