Twitter is a super-efficient tool to build an audience and get your first users for your product. It's free, easy to set up, and doesn't require too much engagement.
In fact, having a big audience really helps you kickstart your startup. Your followers will help you to build the right feature, they will tell you if you're going in the wrong direction and they will promote you when you launch!

I started to grow my audience a few months ago, here is how I managed to grow my Twitter account to several thousand followers.

Choose a specific topic and stick to it. People visiting your profile need to understand what are you talking about.
Of course, you can make some exceptions but 90% of your content need to be about this topic, that's how you will get engagement

Once you have your niche identified, look for influencers in this particular topic. By influencers, I mean someone who has several thousand followers and who's regularly quote by others about it.
Follow them and start interacting with them. Add as much value as you can in their comment.
Tip: Activate the notifications for every tweet of these influencers, and jump in the comments.

Have a good Bio

People should understand right away why they should follow you and what to expect if they do.
Be super clear about it.
Here is an example of a good bio: 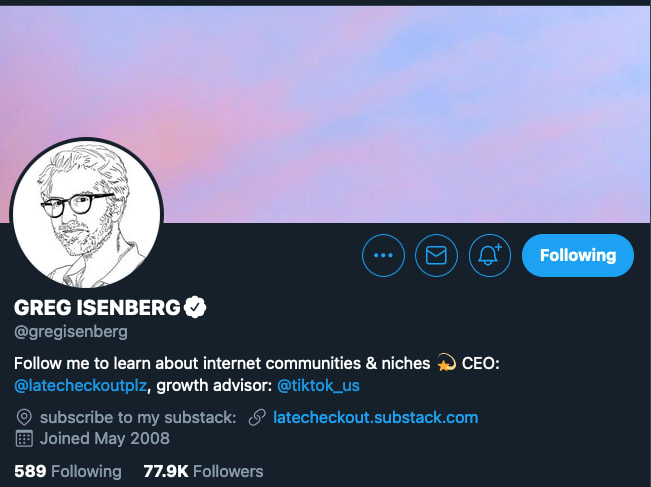 Small tips: He uses his location as a call to action!

That is probably the most obvious point, but if you want to be followed people need to know that you have a twitter account!
What you can do is creating a good piece of content, put a CTA at the end of the post that redirects to your Twitter, and distributes that content to all the places that you know.

Last point but not least, be consistent!

You should spend at least 30 minutes each day on Twitter if you're serious about it. Create at least a tweet a day (threads get better engagement), participate in conversations, and follow-up in the DM.
There is a big debate about the optimal number of tweets you should produce by day. I'd say tweet as much as you can (as long as you produce valuable content) but don't do less than one tweet a day. The more you create the better.

How to analyze the sentiment of your own Tweets

Xavier
What Tool Do You Wish Was Open Source?
#discuss #opensource #watercooler #programming
Review my resume
#help #discuss #resume #beginners
What does being a senior mean to you?
#discuss #watercooler #career