This is a quick tutorial if you want to set up a home server and have files available to anybody who has access to your wifi or home network. This home server can be any computer; it doesn't need to be a dedicated machine.

All of my home computers run Linux (because I'm a nerd), so this tutorial covers how to set up Samba on Ubuntu. All the work is done in the terminal. 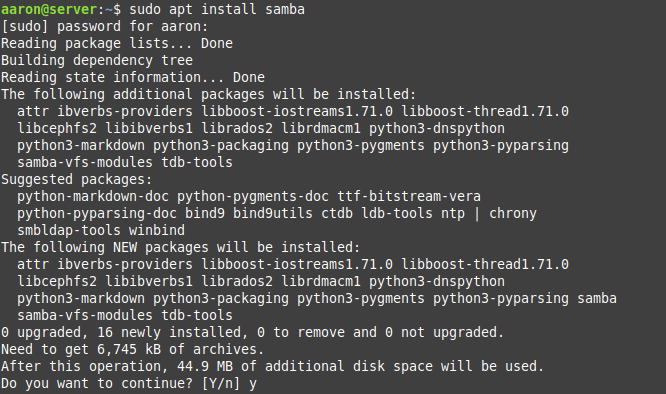 We're just going to rename the current config file so that if we need it again we still have it, even though you probably won't need it.

Well, since we renamed the original config file one we're going to create a new one in nano (feel free to use vi if you're a snob).

server string is just a description of your server. workgroup is the name of your work group. These two can be whatever you want. The next 3 lines are just for quick easy settings (no passwords needed etc...).

We're still editing /etc/samba/smb.conf, but I thought this deserved its own step.

You can make as many samba shares as you want. I have a documents directory that I want anybody to have access to. I'll also add the music folder from my plex server. What you put in [Square Brackets] will be the name of the folder/directory everyone sees on the network. 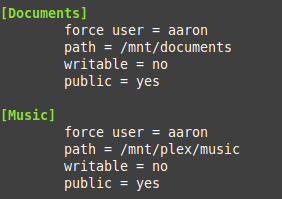 force user must be the user of the server, otherwise you may get a username and password prompt.

path is (obviously) the path to the shared directory.

If writable = no that means that nobody can make changes to this directory. Set to yes if you want others to be able to change it. This gives full CRUD abilities on your server to anyone who can access your wifi or home network.

public = yes so that everyone can see it!

Here's a picture of the whole file: 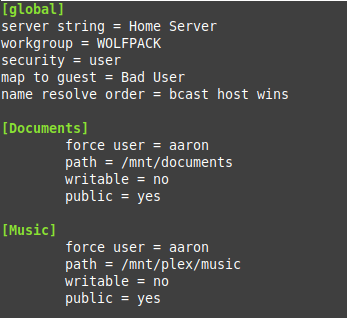 Hit ctrl-O to save (and enter), then ctrl-X to exit nano.

Just like your math teacher used to tell you. (I used to be a math teacher, can you tell?)

What you'll see is a bunch of stuff. If you see what you just typed everything should be ok! 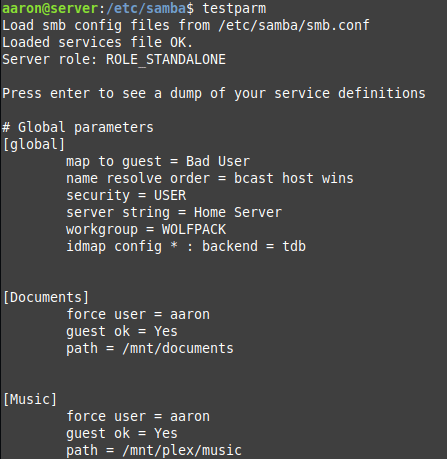 Now you can go into your computer's filesystem and check out your cool stuff! 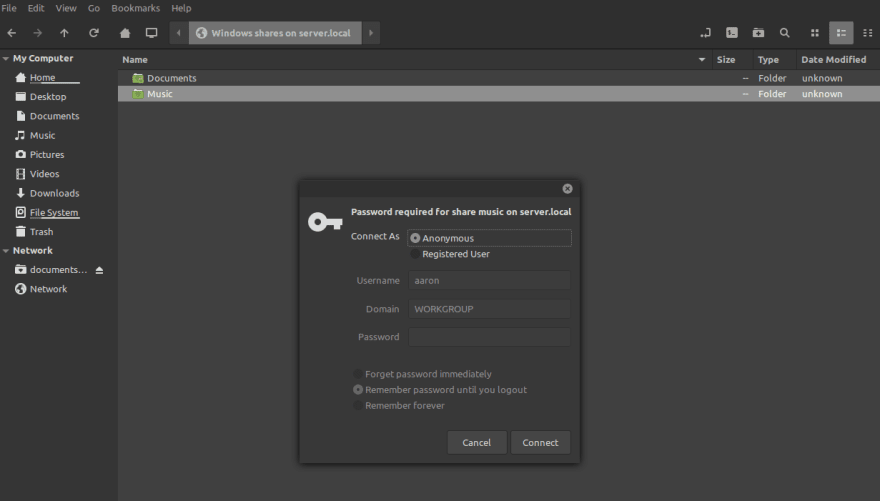 How to set default NVM version for all Linux shells

Aaron Wolf
I'm a web developer. I used to teach computer programming and math to high school students.
Switching From Linux to Mac
#linux #mac
11 Reasons I love Linux, and 1 why I don't
#linux #ubuntu #opensource #terminal
How to add storage to Linux
#linux #storage #filesystem