So, I was working for a large staffing company and we had a few legacy ASP.NET Web Forms based sites with a large amount of user data to migrate to our regular CMS system called Sitecore. 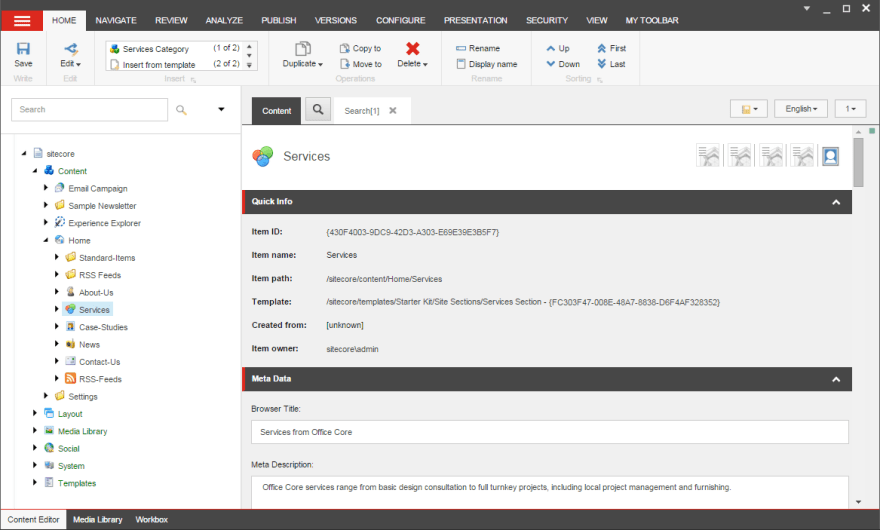 Sitecore is an ASP.NET based CMS that exists in both Web Forms and MVC flavors. We had mostly used the Web Forms version.

Our project was a big redesign of a legacy site that we already had. We had some blog posts and other data that we had to dedupe and clean up. My code was maybe 500 lines, but the task was a sticking point for the rest of the team. I suggested the idea of the tool to my colleagues who let me run with it.

We had a bunch of data and duplicate data we had to clean up and import to Sitecore, so I studied the Sitecore API to transform all the data we had into Sitecore’s traditional data structure called Items. And Items existed for different kinds of objects, depending on what template you derived from, Folder, Page, Layout, SubLayout, etc.

So I wrote a tool that would strip out duplicates from the data that we already had, move it all into Sitecore items where it can be easily manipulated and stored using Sitecore’s .NET API from SQL Server.

The tool took a while to run, but it worked the first time and it saved the other 3 people who were working on it a few weeks of effort. And it only took me a week or so to write the tool itself.

Implementing key objects in Unity by a newbie. Part 2.