If you are not yet familiar with the new features of Nuxt 3, I have recorded a talk for Vue Storefront Hackathon about great Developer Experience improvements in the latest version of Nuxt.

But in this post I would like to focus on the new Nuxt 3 CLI tool called Nuxi. It is a highly customizable and extendable command line tool that allows you to do many different things from generating your project to building it for production. Nuxi has several commands that you can use and today we will be focusing on the command called add. The new Add command developed by me was actually merged into Nuxt 3 almost a month ago and the process of merging it to the core framework was really really fast. I proposed a discussion in Nuxt 3 github repository, received some positive feedback and created a simple Proof of Concept solution (at this point mainly for adding server endpoints and composables). Pooya Parsa (Pio) really liked this functionality and almost 10 minutes after I pushed my code to the branch, he already gave his feedback and gave me a green light to develop other templates like components, pages, layouts and more! I added the proposed changes and the next day, I saw below Twitter post 💚 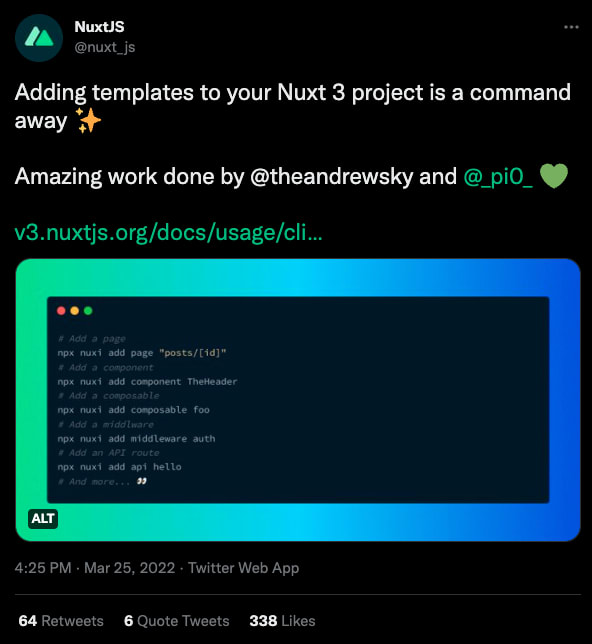 Thanks to this new feature and several previous content like articles, videos and a modules described later, I am now also a Nuxt Ambassador 🚀 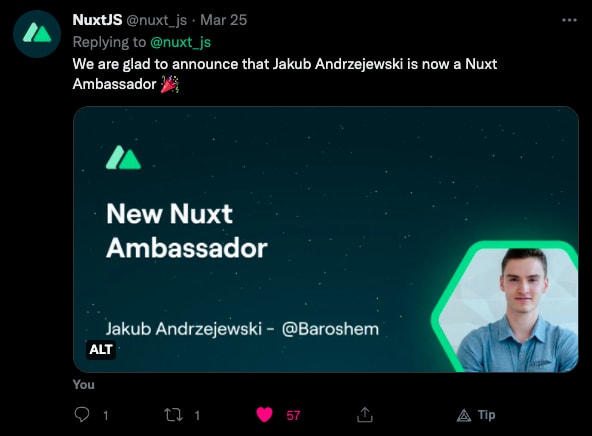 How exactly does the new CLI addition work?

The inspiration for this new command actually comes from the really popular Node.js backend framework called Nest.js. If you haven’t tried that yet, I highly recommend doing so as it is really well structured and designed and it comes with many useful functionalities out of the box like caching, cron operations, support for microservices and many more. 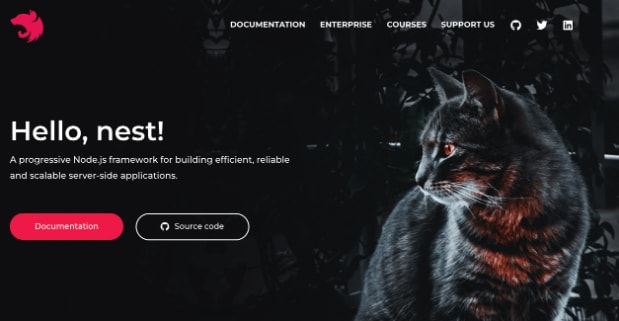 In Nest.js by using its powerful CLI you could easily generate new controllers, services, modules by calling following command:

It would result in generating a new CatController.ts file updating all required imports that looks like this:

Will result in creating a following component in your components directory:

Thanks to Nuxt auto import, we do not have to care about importing the component manually. Nuxt will do it for us :)

Command works very similar for other elements of your Nuxt page that are described in the Nuxt documentation https://v3.nuxtjs.org/api/commands/add.

If you like working with Nuxt, I can recommend you to check out the following links to the content I am creating for Nuxt:

In the upcoming weeks I will be also releasing a newsletter module that will allow to easily integrate popular newsletter providers like Mailchimp, Revue, Buttondown, etc to your Nuxt app.

VIDEO: How to modularize your monolith frontend

Once suspended, vue-storefront will not be able to comment or publish posts until their suspension is removed.

Once unsuspended, vue-storefront will be able to comment and publish posts again.

Once unpublished, all posts by vue-storefront will become hidden and only accessible to themselves.

If vue-storefront is not suspended, they can still re-publish their posts from their dashboard.