I was so stupid, I have been taking screenshot manually (using the Windows Snipping Tool) from Android emulator without knowing there is already "Screen Capture" feature in Android Studio.

These are 2 ways to take screenshot from your Android Emulator: 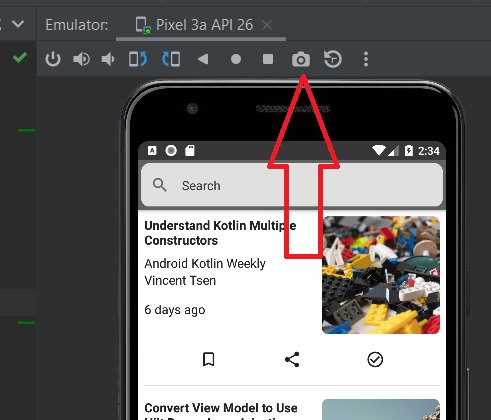 You can capture with frame 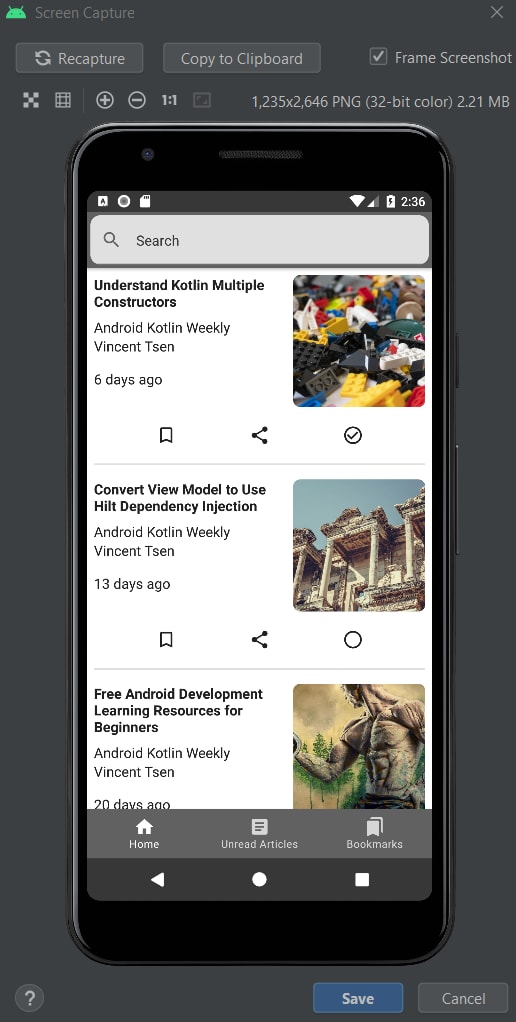 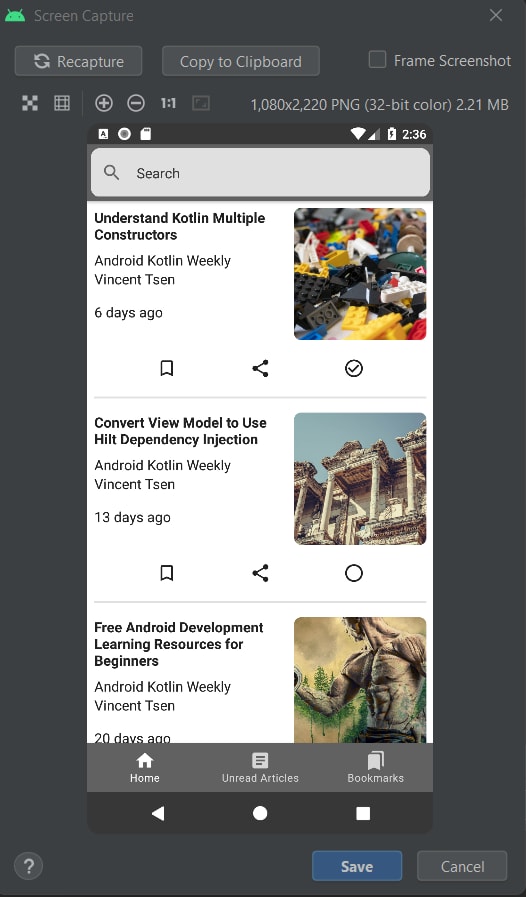 Click Save and select the location where you want to save.

You can do the same in Android Studio Logcat 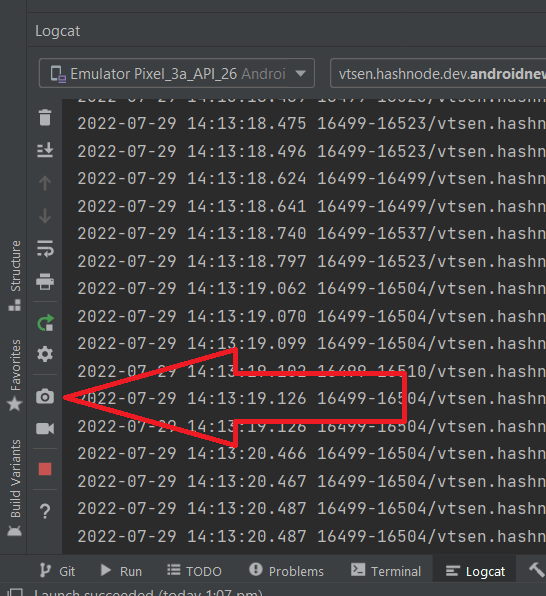 It brings out the same window, except it has this "Generic Phone" or "Generic Tablet" to choose from. 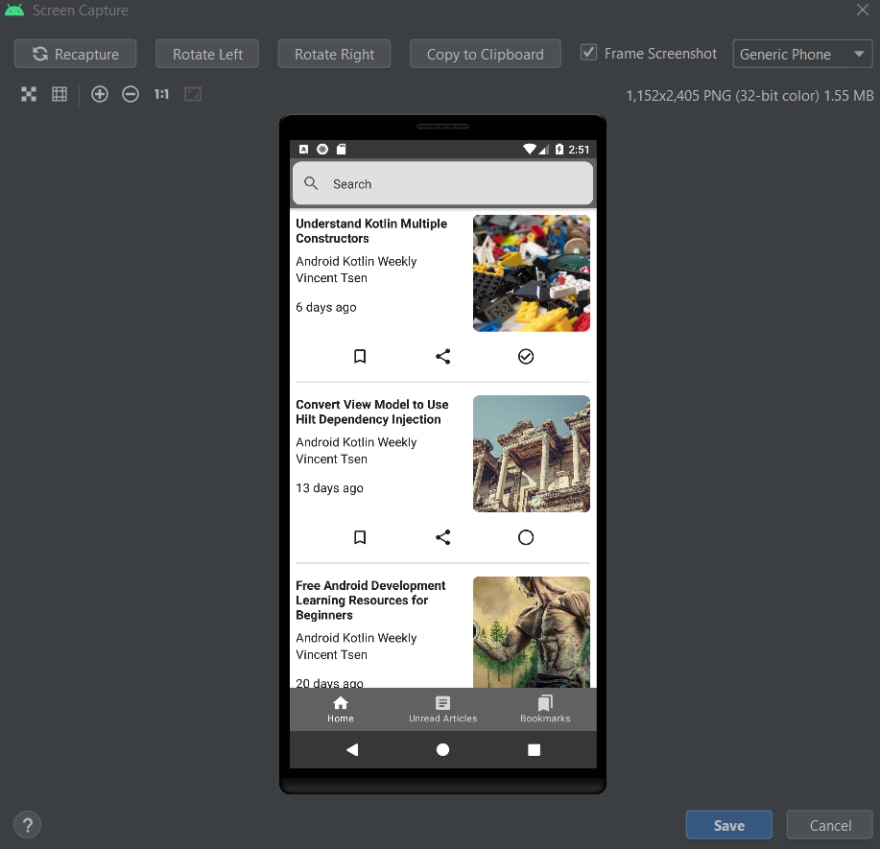 As you can see above, the frame is a generic frame which is slightly different from the actual frame in your emulator. That's the only difference in this method. There are also additional Rotate Left and Rotate Right buttons, which you can so do it easily from the emulator controls.

Once suspended, vtsen will not be able to comment or publish posts until their suspension is removed.

Once unsuspended, vtsen will be able to comment and publish posts again.

Once unpublished, all posts by vtsen will become hidden and only accessible to themselves.

If vtsen is not suspended, they can still re-publish their posts from their dashboard.

Once unpublished, this post will become invisible to the public and only accessible to Vincent Tsen.

Thanks for keeping DEV Community 👩‍💻👨‍💻 safe. Here is what you can do to flag vtsen:

Unflagging vtsen will restore default visibility to their posts.