Purpose of this article

The main purpose of this article is to show you how to deploy your infrastructure using Terraform on Azure DevOps and deploy a sample application on multiple environments.

I've been working on terraform for a while now and as a part of my learning process, thought I should write a blog post to show how to work with terraform on Azure DevOps and deploy an application into multiple environments.

If you would like to do this on your own, following are the prerequisites you need:

This blog assumes that you have fair understanding of Azure, Azure DevOps & Terraform. Initially, we'll go through the setup required and then I'll discuss in detail about each of the pipeline steps.

As you may have already known, terraform is one of the infrastructure as code tools that enables us to deploy your landing zones in your respective cloud environments like Azure, AWS, GCP, soon.

Terraform is considered as one of the tools in DevOps toolset.

So, we’ll take a look at how we can deploy our landing zone to different environments using Azure DevOps and deploy a sample application to it.

I’ve taken a Microsoft’s demo application PartsUnlimted and added my terraform code to it.

It also contains the build and release pipeline json files you can import to follow along and replicate the same in your own subscription.

Here are the steps that we’ll do as a part of this our implementation:

Login to Azure DevOps and create a new project. 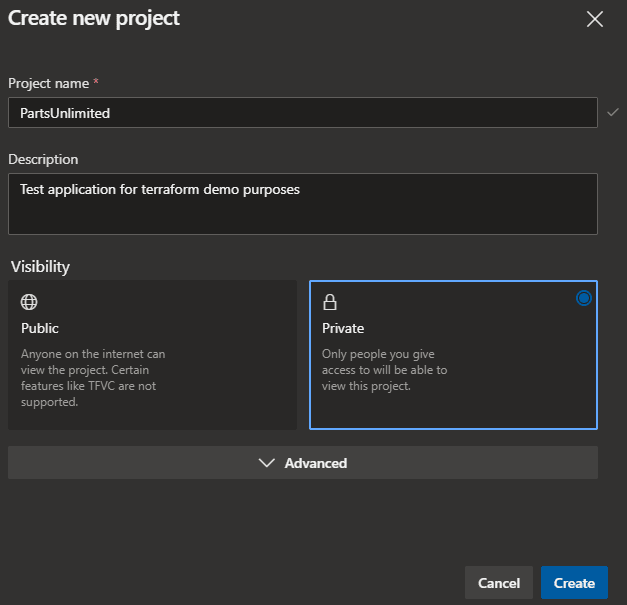 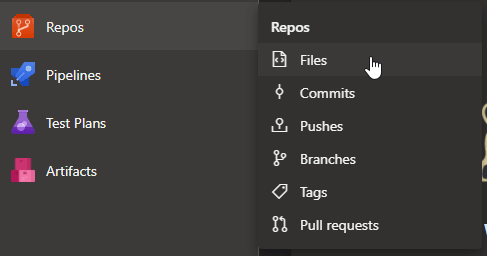 Copy/Paste the following URL in clone URL https://github.com/vivek345388/PartsUnlimited.git and click on import 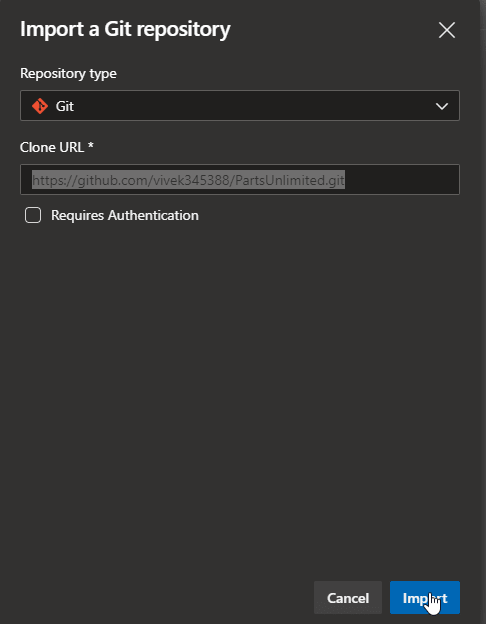 Once it’s done, it will show that the code is now imported and you will be able to see the repo with code.

In the above folder, 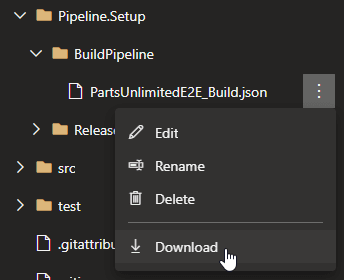 Repeat the same step to download release pipeline json file from the code ReleasePipeline->PartsUnlimitedE2E_Release.json as well to your local folder. 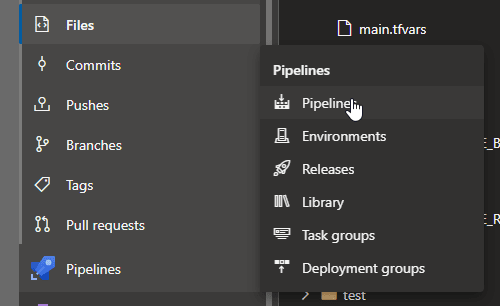 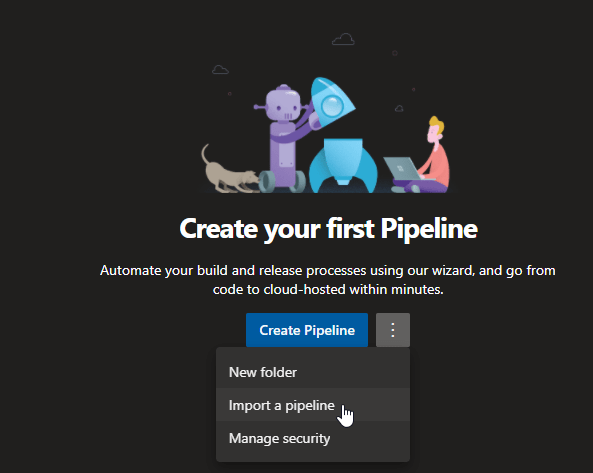 Click on browse and select the downloaded build Json file. 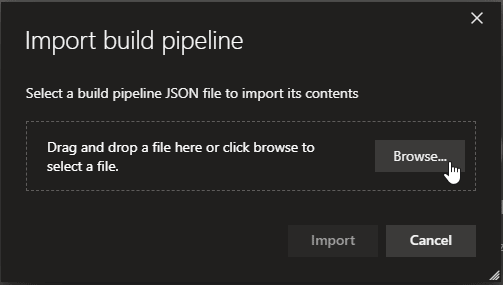 Once import is successful, you will see below screen where it says some settings needs to attention 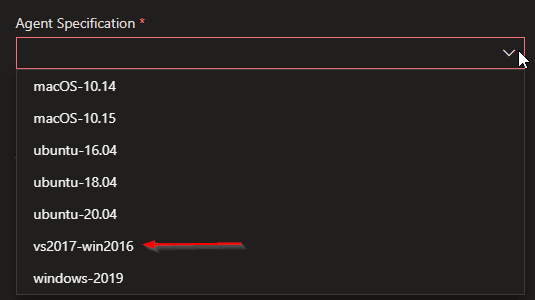 Click on ‘Save & queue’ to queue a new build. 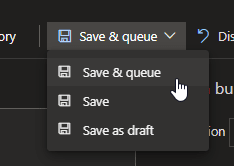 Choose the defaults and click on ‘save and run’ 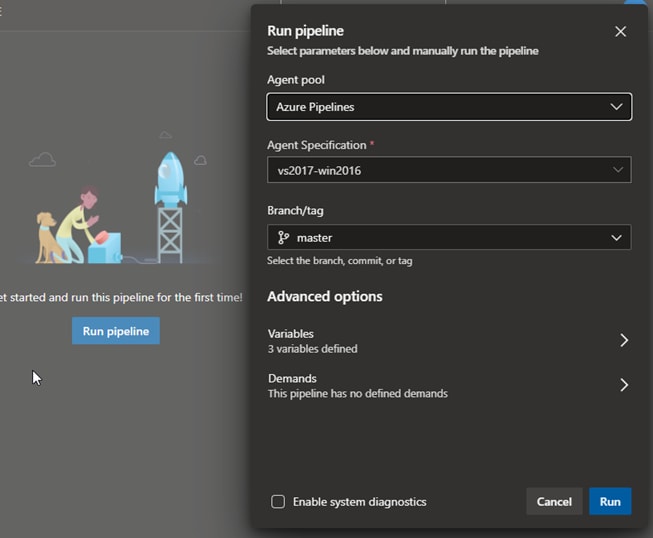 Once its complete, you should be able to see the pipeline run and its results. 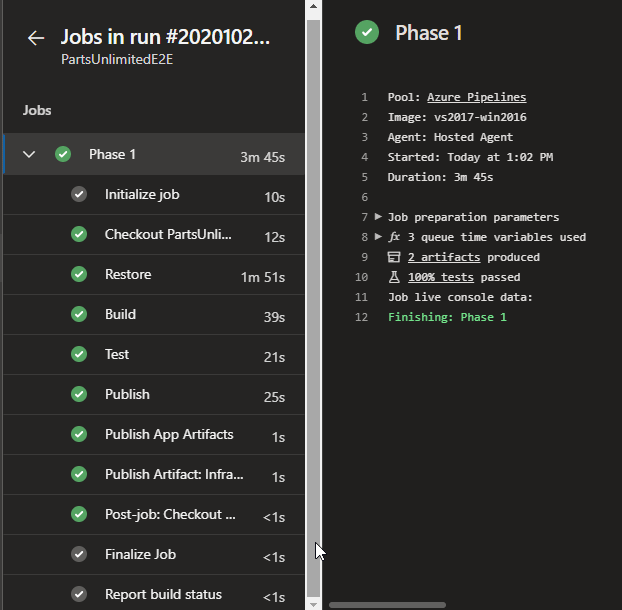 We can also see the published artifacts in the results. 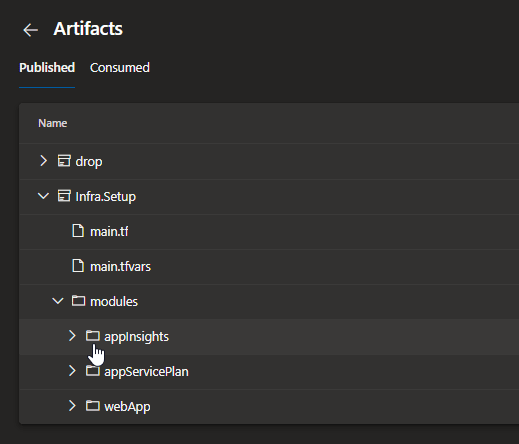 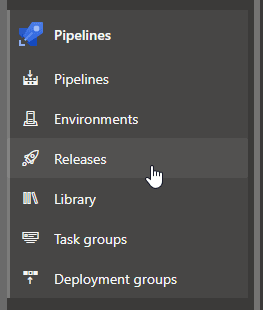 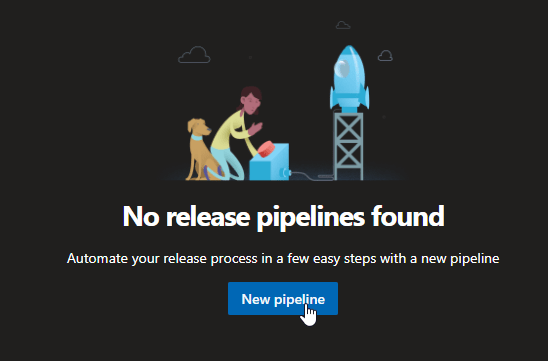 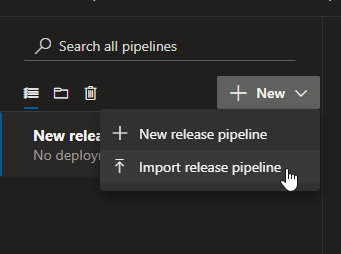 It would look like below after the pipeline has been imported. Click on ‘Dev’ of the stage to configure the settings.

Quick note: You need to have following tasks installed from Azure Market Place. if you don't have them in your subscription, please get them from here.

Quick Note: I’m not using service principals/connections here to keep it simple for the purpose of this blog post.

Repeat the same steps for rest of the stages ‘PreProd’ & ‘Prod’. Once you complete all the tasks that needs attention, click on save at the top of the screen to save the pipeline.
Here is how the pipeline should look like after you complete everything.

After you have saved everything, click on ‘Create release’ in above screen. 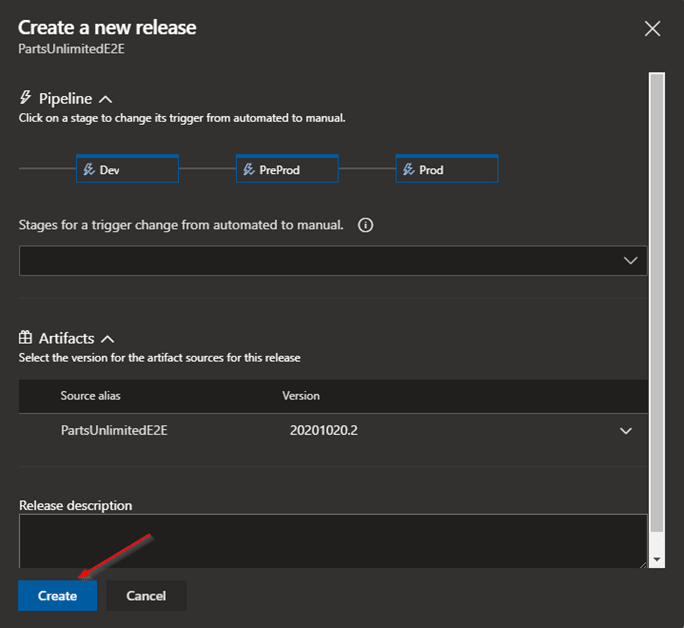 Click on ‘logs’ option to view the logs for each of the tasks.

After successful deployment to Dev, it would look like this.

Once everything is done, you would see that code is deployed successfully to dev and you can browse the page by accessing the webapp link.

Go to your Azure portal and grab your webapp link and access it. 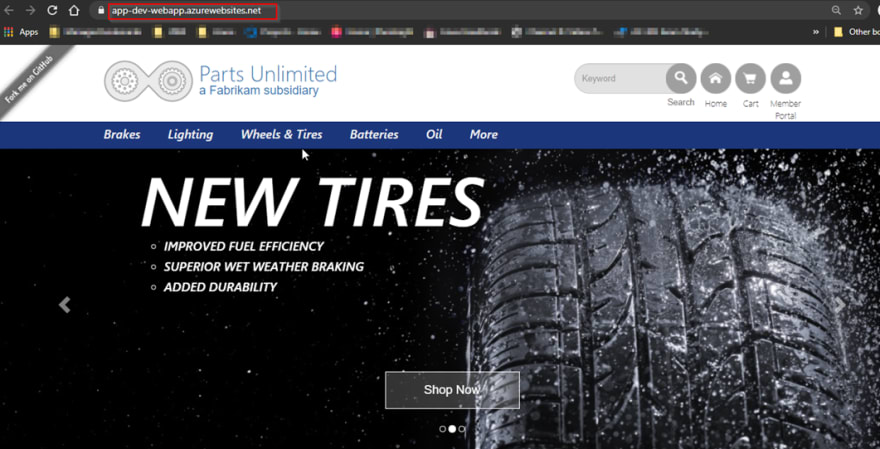 Back in your Azure DevOps release pipeline, As continuous deployment is enabled, it deploys the code to all the environments one after the other once the deployment is successful.

Now let’s take a minute to examine what each of the files in our Infra.Setup folder does. 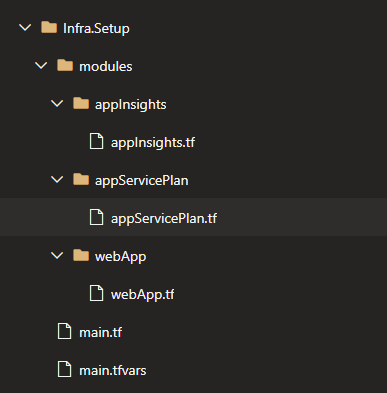 I’ve used the concept of modules in terraform to isolate each of the components we are deploying. This is similar to linked templates in ARM templates.

Every terraform file that we author is considered as a module.

In a simple Terraform configuration with only one root module, we create a flat set of resources and use Terraform' s expression syntax to describe the relationships between these resources:

When we introduce module blocks, our configuration becomes hierarchical rather than flat: each module contains its own set of resources, and possibly its own child modules, which can potentially create a deep, complex tree of resource configurations.

However, in most cases terraform strongly recommend keeping the module tree flat, with only one level of child modules, and use a technique similar to the above of using expressions to describe the relationships between the modules.

Here you can see that both app service plan and app service are called as modules by main.tf file

Benefits of modular based templates

Following are the resources that we deployed as a part of this blog post. 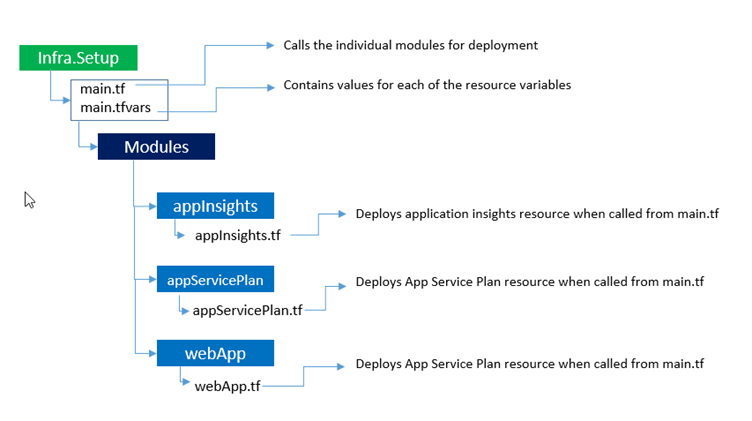 Variables are same as Parameters in ARM templates

In the above file structure, each individual template for example: webapp.tf will have its variables that it needs. The values have to be passed to it when this module is called. Remember that each terraform file that we create is considered as a module.

Now lets see how the values are passed and modules are called in individual templates.

There are two main files that control the entire deployment.

in the main.tf file, each of the modules will be called as follows:

The values for above variables will be passed from main.tfvars file.

We use the same templates for deployment to all the environments. so how does Azure DevOps handles deployments to different environments?

We keep place holders #{placeholdername}# for each of these values passed in our main.tfvars file.

For example, the value for #{webAppName}# will be different per environment.

While the main.tfvars file has a place holder #{webAppName}# for this, we declare the values for it in our variables section of release pipeline

The 'replace tokens' task has an option called token prefix where we can declare the token prefix and suffix for the place holder value in the file we would like to replace in. In the target files, we place the files would like to get targeted for this replacement. Here we gave */.tf and */.tfvars as the target as these files have the placeholder content. 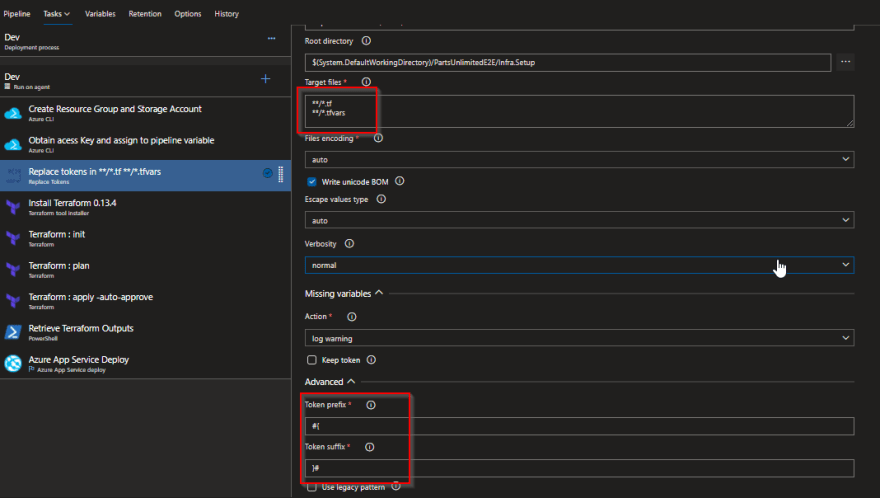 Build pipeline is mostly self explanatory as the first couple of tasks complie the application and publish the code.

Publish Artifact: Infra.Setup tasks : publishes the terraform templates to Azure Pipelines for consumption by release pipelines. As we dont need to compile them we can directly choose them from the repo as path to publish.

At the end of the build pipeline, it would publish the artifacts as below: 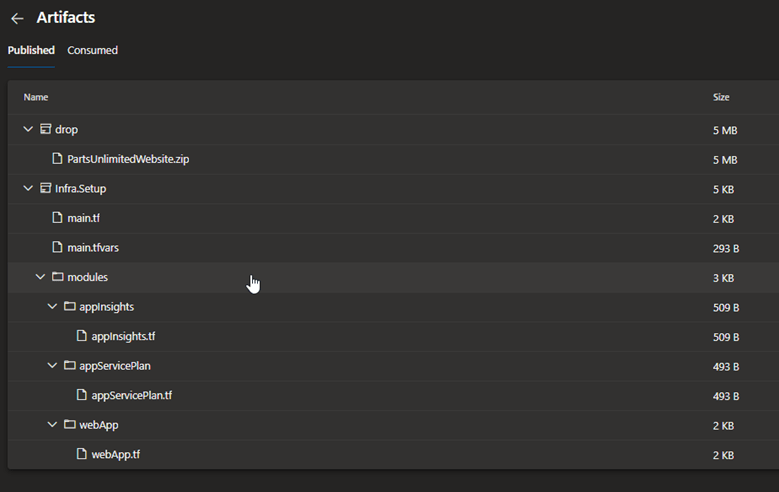 These will be consumed in our release pipeline for deployment.

You can see that the source artifacts are from our build pipeline.

Now lets take a look at each of the release tasks.

1.Create Resource Group and Storage Account: Creates a storage account for storing .tfstate file that terraform stores the configuration of our deployment.

2.Obtain access Key and assign to pipeline variable: Retrieves the storage account key and assigns it to a variable in Azure Pipelines.

Remember that we have kept place holders to replace the values per environment, this task is responsible for the same. Values for each of the place holders in main.tf file are in variables section of each stage.

5.Terraform: init : Initializes the terraform configuration and we also have specified the storageaccount resource group and the storage account for it to place the .tfstate file

7.Terraform: apply -auto-approve: Applies the configuration based on the dry-run mode in step 6.

8.Retrieve Terraform Outputs: This task is mainly responsible for retrieving each of the outputs obtained after terraform apply is complete and they are being consumed by the 'App Service Deploy' task. In case of Azure, we have ARM Outputs task readily available for us, here we need to write a small script to get the outputs.

This brings us to the end of the blog post.

Hope this helps you learn, practice and deploy your infrastructure using Terraform via Azure DevOps!!