Professional Java developers need immutable data carrier-classes for communication with databases, web Services. We need to write a lot of boilerplate code to create a simple data carrier-class, we typically implement constructor, accessors, equals(), hashCode(), and toString(). This process is repetitive and error-prone. Developers also complain “Java is too verbose”.

Record classes provide a way to model data in java. An example of data is one row from a database table. This feature simplifies coding, makes java code more concise and readable. It is going to increase productivity for professional java developers. Java14 introduced Records as a preview feature, Java15 brings in some updates as a second preview and Java16 makes it a final feature, no changes in Record after this.

1. Multiple return values: Often we encounter cases when we want to return multiple values from a method, for this we will have to create a class having values that we need to return. The record provides an easy way rather than writing boilerplate code.

Java code before and after Record

Following is one example showing Point class without using record.

Record equivalent for Point class is following one line, WOW !

In this example record class name is Point, and it has 2 components x,y that describes state. The record class can have a body as well, later in this post we have such examples.

We can use javap command to see the compiled class:

In the above output of the javap command we can see the record classes have:

Record classes behave like normal classes except restrictions, following are few properties of the Record classes:

Similarly, we have a few more restrictions to follow for record classes.

Restrictions on Record classes can be divided into 3 categories:

Record classes have 3 types of constructors:

Compact canonical constructor: It doesn't have any parameter, it is always called when defined. The compact form helps developers focus on validating and normalizing parameters. Here parameters are declared implicitly, and the private fields corresponding to record components are automatically assigned (this.x = x) at the end of the constructor.

Custom constructor: We can create custom constructors as well having only a few parameters from the Record header. Since this is not a canonical constructor, its first statement must invoke another constructor of the record class.

Starting from Java 15 assigning any of the instance fields (record components) in the constructor body became a compile-time error. Only the canonical constructor is allowed to do this.

Java 15 extends the meaning of the @Override annotation to include an explicitly declared accessor method for a record. Now following is valid java code.

Local record, enum, and interfaces are now allowed in Java

For versions before Java15, above code will not compile. Following is a compilation error for local enum in above example.

This code shows below compilation error with Java 15, it works fine with Java16 or later.

Why record, why not just tuples?

A central aspect of Java's philosophy is that "names" matter. A Person with properties firstName and lastName is clearer and safer than a tuple of String and String.

Records help you remove repetitive and error prone code, reduce bugs in your code, reduces verbosity in code, and increases developer productivity. Using language features like this is going to make you a great developer everyone wants to hire.

If you want to get amazing Java jobs, I wrote an ebook 5 steps to Best Java Jobs. You can download this step-by-step guide for free! 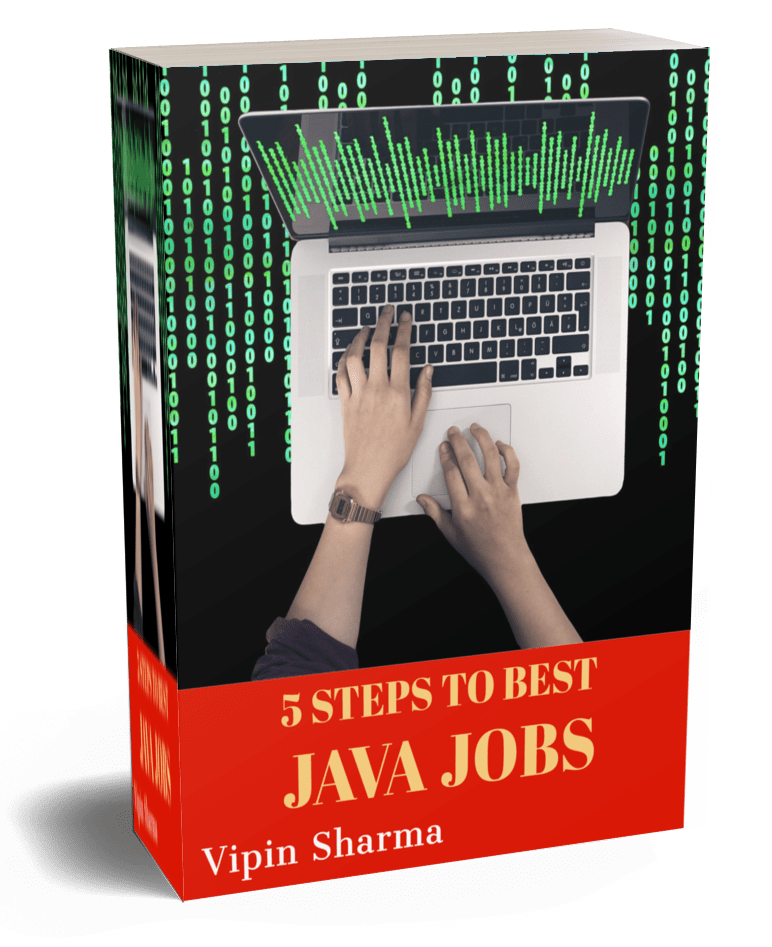 Once suspended, vipin_sharma will not be able to comment or publish posts until their suspension is removed.

Once unsuspended, vipin_sharma will be able to comment and publish posts again.

Once unpublished, all posts by vipin_sharma will become hidden and only accessible to themselves.

If vipin_sharma is not suspended, they can still re-publish their posts from their dashboard.

Once unpublished, this post will become invisible to the public and only accessible to Vipin Sharma.

Thanks for keeping DEV Community 👩‍💻👨‍💻 safe. Here is what you can do to flag vipin_sharma:

Unflagging vipin_sharma will restore default visibility to their posts.