So what is abstraction?

So, in this article, I will try to explain it my way.

Computers are pretty dumb machines by themselves.

Logic gates are as physics as computer science and I save that for another article.

The key take is that when current passes through one of these gates it is a ‘1’ and where there is no input (to these logic gates) it is a ‘0’.

So we can give instructions to these logic gates by a series of ‘0’s and ‘1’s.
That is it.

On the basic level, they pretty much natively understand a series of ‘0’s and ‘1’s.

Every CPU comes with an instruction set. It is the manual by which we input ‘0’s and ‘1’s to achieve a particular effect.

This is called machine language.

The problem with machine language is that nobody can pretty much write anything useful with it.

That is why scientists thought of a way where we could write these instructions with simpler syntax and still computers be able to understand it.

Enter the world of abstraction.

The first layer of abstraction is the assembly language for that particular CPU.

It is a human-readable form of machine language.

In Assembly, the English alphabets enter the scene.

It is pretty inefficient.

So came the next level of abstraction: lower-level languages like C.

In C, every line of instruction is converted to many lines of machine code (language).

A special program called the ‘C’ compiler will convert the instructions written in C to machine code.

C is useful because it takes comparatively less memory.

Memory is another concept, just remember that all these lines and lines of code have to be held up somewhere before (and after) executing. That place is called memory (RAM).

In the past couple of decades, there has been an exponential increase generally in the memory of a computer.

RAM is in GBs now.

So we could afford the luxury to write something like this in a higher-level language.

Here, even though it is only one line of code, the Python interpreter (in lieu of compiler) converts this into lines and lines of machine code so that “Hello World” is displayed on the screen.

This is a pretty high level of abstraction.

I will further explain this concept by writing a simple program in JavaScript.
In JavaScript, there is a method (function) called trim().

What trim() does is that it clears the space before and after a string.

Whenever we need to trim a string, we simply need to call this function.

I try this at a lower level in abstraction and implement this myself in JavaScript. 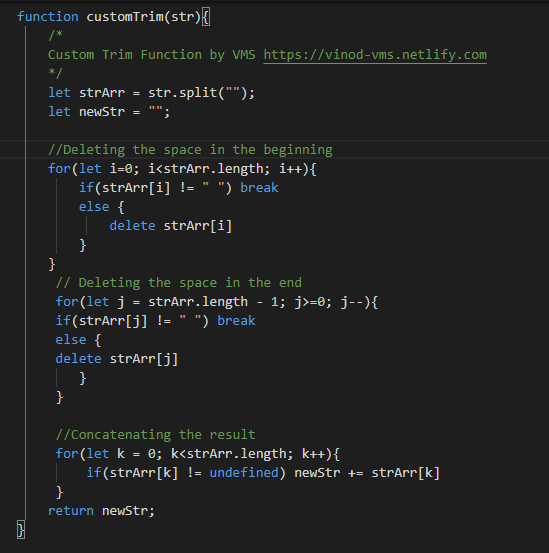 This function customTrim(str) is same as the .trim() method is JavaScript. 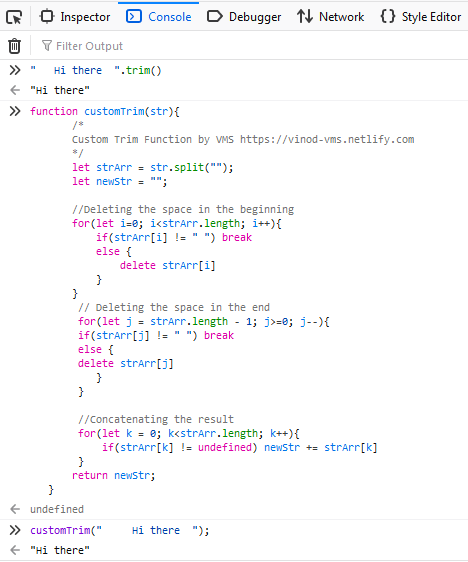 “ Some thing ”.trim() or the function I have written above?

Abstraction saves us by allowing us to use fewer lines of code.

I hope you have started to understand the concept. Understanding abstraction is pretty much essential in understanding computer science.

The Anatomy Of A Great Rich Text Editor

Once suspended, vinodvms will not be able to comment or publish posts until their suspension is removed.

Once unsuspended, vinodvms will be able to comment and publish posts again.

Once unpublished, all posts by vinodvms will become hidden and only accessible to themselves.

If vinodvms is not suspended, they can still re-publish their posts from their dashboard.

Once unpublished, this post will become invisible to the public and only accessible to Vinod Mathew Sebastian.

Thanks for keeping DEV Community 👩‍💻👨‍💻 safe. Here is what you can do to flag vinodvms:

Unflagging vinodvms will restore default visibility to their posts.