We hear this term a lot – call stack – especially in certain contexts like recursive programming among others.

This call stack goes all the way down to computer architecture.

To understand what the call stack is, we have to understand how computer memory (RAM) is internally represented and organized.

The operating system uses some of the total memory (RAM) a computer has. But still, the vast majority is available for other programs to use.

This available memory is classified into two. The stack and the heap.

When we run this code, the memory for the variable num is allocated in the heap.

Since this is a function, memory is allocated on the stack.

All right. For global variables, memory is allocated in the heap. For functions, and function variables, it is on the stack.

In languages like C, we can explicitly ask the compiler to allocate memory for us in runtime. C programmers can specify this memory to be in the heap or the stack. 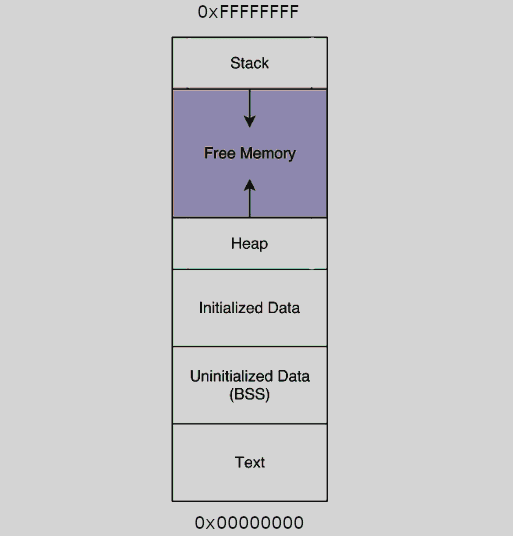 The stack is also a data structure. Imagine a stack of books. If we put another book onto the stack, it will the first to come out of it (LIFO).

Heap is also another data structure. But, heap memory has nothing to do with the heap data structure. It usually implies a ‘heap’ of memory the programs, and low-level programmers, can use.

Coming back to the call stack, see this recursive JavaScript function to find the factorial of natural numbers:

When this function is first called, since the ‘base condition’ is not met, the return function is also pushed onto the stack.

So memory is allocated somewhere on top of the available memory (higher memory address).

It recursively runs for the second time, again the ‘base condition’ is not met.

Again, the return function is pushed onto the top of the stack.

This happens again and again until num is decremented down to zero (the 'base condition' here).

Afterward, a return value is generated and the functions pop one after another off the stack.

Each time a function gets pushed onto the stack, it is allocated a contiguous chunk of memory on the stack called the stack frame.

Although it is pushed ‘onto’ the stack, since the stack grows from top to the bottom, the newer stack frames will have lower memory addresses.

So looking at recursive functions, we find out that, technically, there is a limit.

Though rare in everyday usage, we may get the maximum stack frames exceeded error even with the correct code (which happens all the time when we write bad recursive functions).

Since JavaScript is made with ‘C’, and every JavaScript code is ultimately compiled down to machine code, I wrote the above recursive function in C.

I then compiled this with gcc, and used gdb to disassemble it. This is x86 assembly code in AT&T syntax.

See the start of the function: 0x000055555555514d <+4>: push %rbp The first hex number is the memory address, the number in angular brackets is the offset from the start, and then the actual instructions. The rbp is the base pointer (bp for base pointer).

Speaking in assembly language, whenever rbp and rsp are the same, it means that the current stack frame (it can be the only one on the stack) is empty.

RESTful - Understanding the most common HTTP verbs and Return Codes

Once suspended, vinodvms will not be able to comment or publish posts until their suspension is removed.

Once unsuspended, vinodvms will be able to comment and publish posts again.

Once unpublished, all posts by vinodvms will become hidden and only accessible to themselves.

If vinodvms is not suspended, they can still re-publish their posts from their dashboard.

Once unpublished, this post will become invisible to the public and only accessible to Vinod Mathew Sebastian.

Thanks for keeping DEV Community 👩‍💻👨‍💻 safe. Here is what you can do to flag vinodvms:

Unflagging vinodvms will restore default visibility to their posts.