There is a lot of discussion about the Ruby language demise. Well, this balderdash is circulating for a while now, and there are posts from 3+ years ago saying that Ruby is dead, but in fact, here we are.

A Google Trends search shows that the Ruby interest over time isn’t decaying, but following the same pattern similar technologies are tracing. Also, always keep in mind that programming languages are tools to solve specific problems, and that is why there is no such thing as the best programming language.

Ruby has gone through a lot of significant changes during the past year, and it is certainly not dying, but growing and evolving. The year of 2019 has a lot to the Ruby community. Check some of the key points below:

Ruby 2.6 and its new JIT compiler

A new version of Ruby has been released in December 2018. This release includes a lot of performance improvements and new features, including an initial implementation of a JIT (Just-In-Time) compiler.

To say truly, this new JIT compiler has not achieved its best performance yet, as covered here, but has a lot of future on it. The Ruby community considers this release as an opening to the new era of Ruby.

While I failed to make Ruby’s JIT production-ready in 2.6, I don’t regret what we’ve done this year. I needed to develop or lead all of the above things for Ruby 2.6, but I believe I can invest my time mainly on performance improvement in Ruby 2.7. — @k0kubun

Besides this new JIT compiler, this new release of Ruby has improved performance up to 1.7x, apart from the 5–10% performance improvements from Ruby 2.5.0.

Ruby on Rails new release is getting close 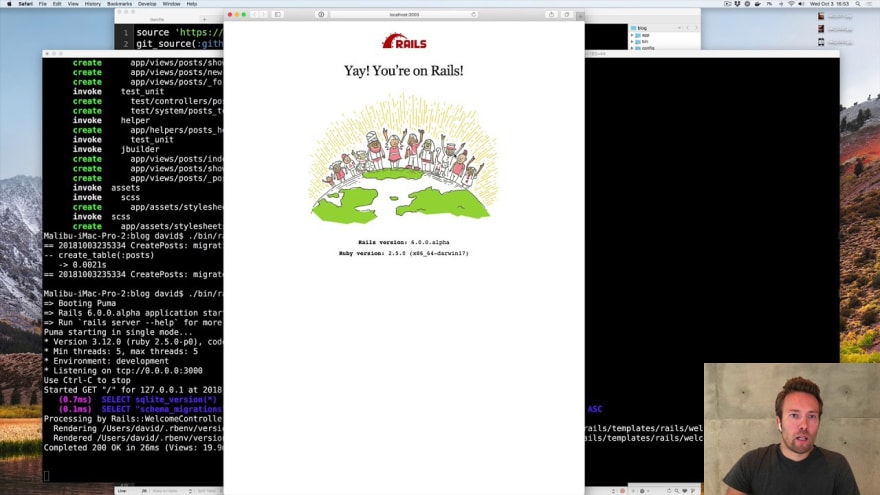 Ruby on Rails 6 is close. This release includes a lot of cool features that will get web development much easier, as Rails has been doing for years.

And now, with Rails 6, there are a lot of exciting features, such as: 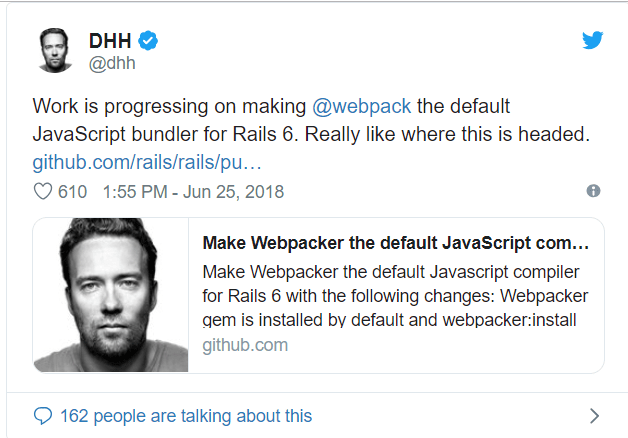 Yes, Ruby was bad and Rails was slow. But that is not true to say in 2018, and won’t be in 2019. Ruby isn’t slow and Rails does scale. If it doesn’t for you, maybe you’ve chosen the wrong tools for the problem you’ve got.

@jorgecc just because you haven't discovered/used IntelliJ/Rubymine doesn't mean that there's anything wrong with Ruby. I think you're outing yourself as "not knowing what you're talking about" with all these apples-to-oranges comparisons about "kings" and "power machine"s.

Jorge Castro
Jorge Castro
You are free to believe in whatever you want to, me too. So, stop preaching your religion, politics, or belief. Do you have facts? Then I will listen. Do you have a personal belief? Sorry but no.
• Sep 24 '19 • Edited on Sep 24

Or you could pick JAVA, where there are more chances to find a job, stable and a better salary.

Now, I gonna shot some myths.

Stack Overflow has limited usability, it means to usage and statistic. Most of the businesses that publish on Stack Overflow Jobs, simply collect information and database. Why do they do that? I'm clueless but it is the typical help-wanted that never answer.

Then, we have Ruby. Ruby is fine but it's not widely used. You could check the rankings, it never reaches to the top 10, while Java and JavaScript always top the ranking.

However, even when Stackoverflow-jobs is limited but it the trend of StackOverflow (question) 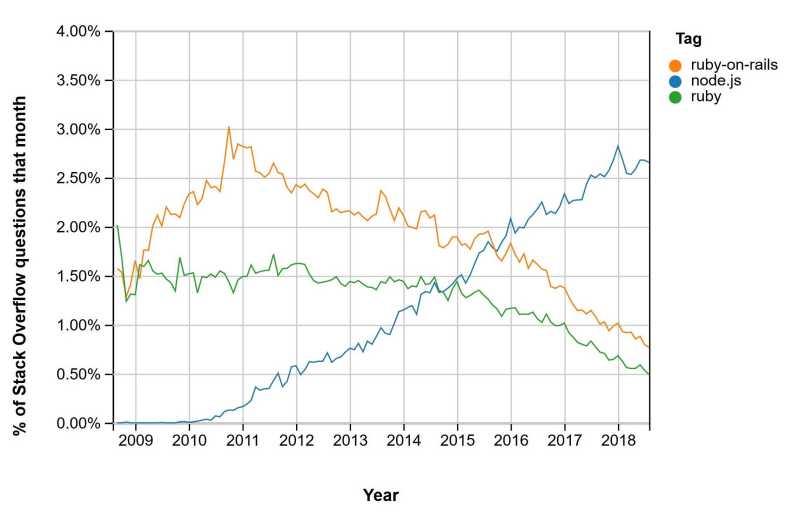 tiobe.com/tiobe-index/ This ranking is debatable but it marks a real trend.

So I repeat, Rails is like the "second best store in town". So, why not we pick the best one?

And Ruby, Ruby does not work alone, we have Ruby and Rails, so we must learn Ruby AND Rails at the same time. However, and it is the surprise, Rails is for cheap works. Most companies that preach that they use R&R, they use Instead Ruby and Sinatra, maybe they used Rails (at some point) but later they jumped to Sinatra. There is also Grape and Rack, they beat Rails to the death. You don't need to trust me, you could google for that.

So why people pick Rails? 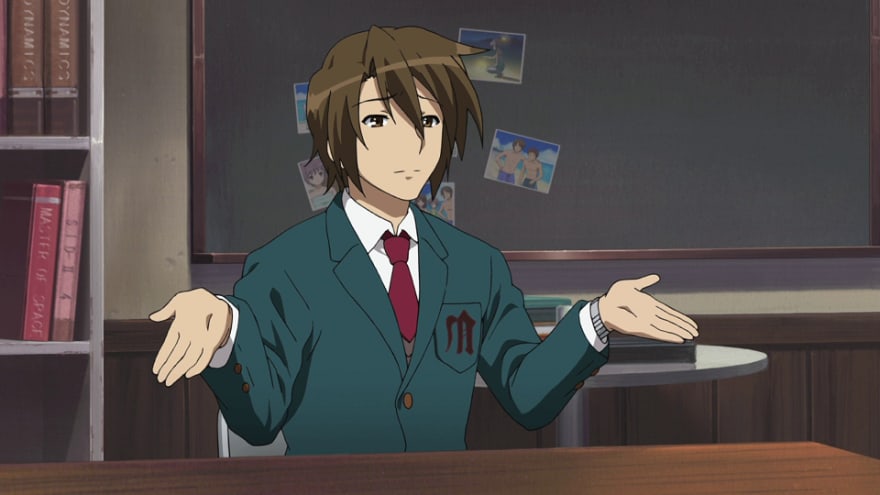 Custom authentication in Ruby on Rails

Vini Brasil
I am a software engineer working with Elixir, theology student, and musician based in beautiful Curitiba.
How This Art School From 1919 Has Influenced Ruby on Rails?
#rails #ruby #webdev
The Best RSpec Extension for VSCode
#ruby #vscode
Ruby 2.5.3 Released
#ruby #rails #discuss