It all started with the question — how do meaningless, basic, and some — just plain stupid apps become viral on App Store/Google Play? At least one of these downloads is yours —  Crack your screen (10,000,000+), Windows XP error (1,000,000+), Yo (1,000,000+), Paper Racing (5,000,000+), right? Is there a way this seemingly stochastic process be predicted? There are many studies on the subject of virality, obviously it’s a great interest of many parties in fields ranging from economics to mathematics.

My approach is to take insights from human nature and evolutionary psychology — is there any roots into why we are prone to like these kind of apps even though they serve no survival value. From evolutionary perspective we are nothing more than very complex set of problem solving mechanisms that serve the selfish need of the DNA molecule to self-replicate.

Evolutionary psychology yields the modeling apparatus to predict on decision making and how (and why/on what) we choose to spend our time and money. It might be oversimplification, but whatever we do is either for survival or reproduction. From this perspective is not really an enigma why Navigation/Maps apps would be popular, or why social networks where we can endlessly signal potential mates with our virtues and status become popular.

Having all this into consideration I came up with hypothesis — if I create an app that is relatable across all cultures, with dynamic, yet simple UI — even if the app does nothing — it would be able to become viral. I came up with Grace — application for blessing meals — concept that is present across most of the cultures that have developed independently for ages.

One might say, but Viktor, you’re surely not serious and you’re not actually “blessing” the meal. And that one is right. Like most of the apps in this article, it’s an obvious joke. The user opens the app, is provided with choice to take photo of a meal, or choose one from gallery — then “his Grace” analyzes the pic and if it’s a meal, the user is given an option to proceed with blessing of the meal. If the user chooses to proceed, the pic is “watermarked” with “Blessed”. The user can share the pic and that’s it.
Here’s how that looks: 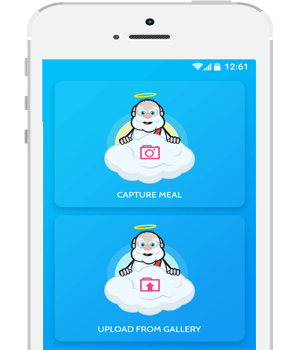 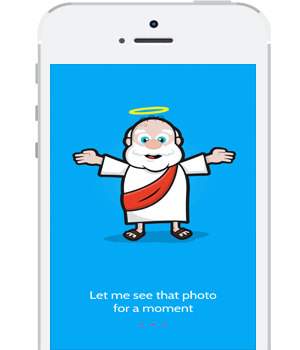 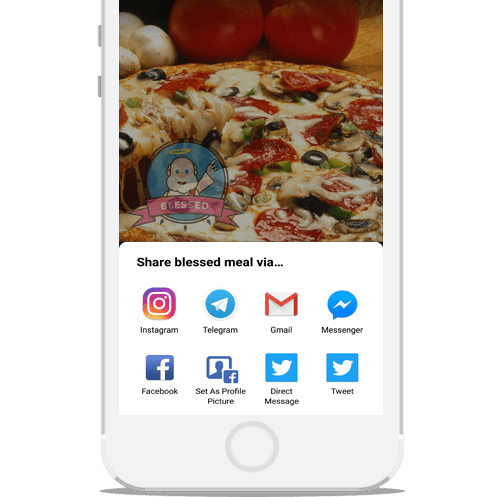 There’s even an official page of the Grace application. If you’re curious, you can find more about the project on my github page — yes I’ve open sourced the code. You can grab the apk from here. 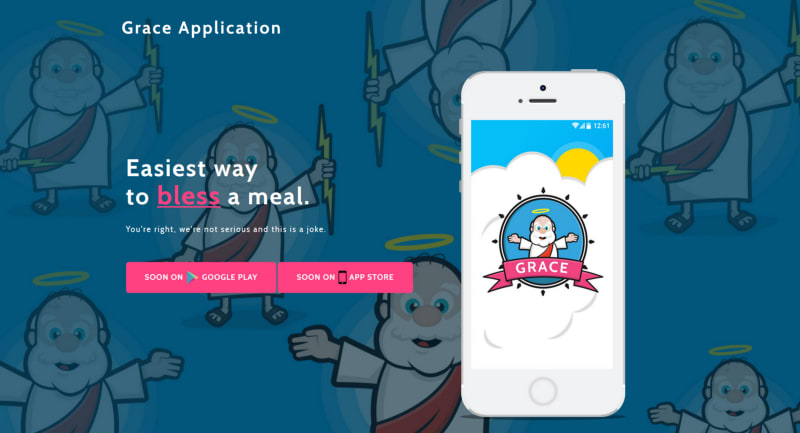 Everything fine, let’s put the hypothesis to the test, upload it to Google Play and wait for those viral downloads, right? Wrong.
Namely, the Google Play developer polices have become very strict lately and even small mistake in disobeying the rules might get you banned — as a developer. Someone that works full time as Android developer, getting banned from Google Play is career change move that he/she cannot afford so taking this thing very seriously. Apparently there’s one stance in the Google Play policies that might be problematic:

“Apps that claim functionalities that are not possible to implement.”

“Unimplementable” functionality — the hell, how can you claim that the app is not actually blessing the meal. The question is philosophical in a sense I guess, but if Google sees it as manipulative, than the app is out and I might get banned. Well, that’s easy — just ask Google about your case and your good to go — well that’s second time you’re wrong and two wrongs don’t make it right (stop with the cheesy humor, I know). There’s almost no way to get human that works for Google to answer these type of questions, if you’re just another guy that codes, that is.

I have had this happen to me in the past — have app suspended because of copyright infringement. The app — mobile version for Macedonian sports news agency — the infringement — pic of Thierry Henry that was in the screenshot that was uploaded to the app Google Play page. It all got sorted out at the end, yet it was horrifying experience.

I was at the point where I had to do something with the effort I’ve put into the hypothesis and even though it wasn’t in the manner I’ve intended, I’ve decided that Grace need to see the light of the optical Internet. I guess only his Grace knows if the app gets uploaded to the app store in the future. 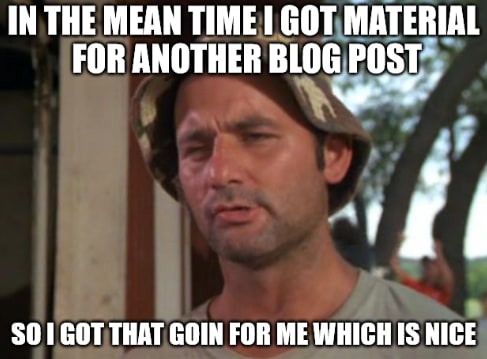 How do you develop an app?