Ternary operators, also known as conditional expressions in Python, can be used to make our code shorter:

1. They often go against the Zen of Python

If you don't know the Zen of Python, start a Python interpreter and type import this. The Zen is a set of guiding principles for writing Python code.

Arguably, most of the time conditional expressions are likely to break 3 of these principles:

2. They often trick our test coverage

Conditional expressions may make us think that we've covered all possible branches with tests when we actually have not. Check the following example:

If I run the tests with coverage, this is the output: 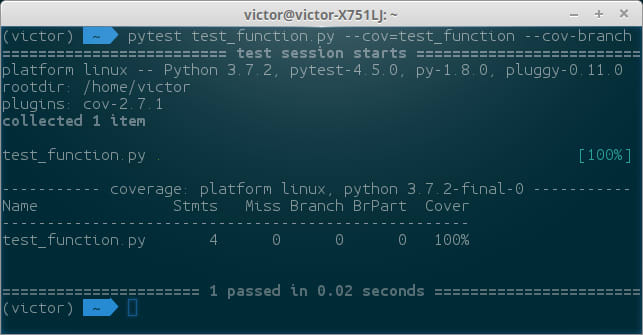 According to the image, I covered 100% of the lines, without missing any branch. But looking again at the code, we can see that there is no test for months of the second semester of the year.

If I use the classic if statement instead, the lack of coverage will be correctly detected: 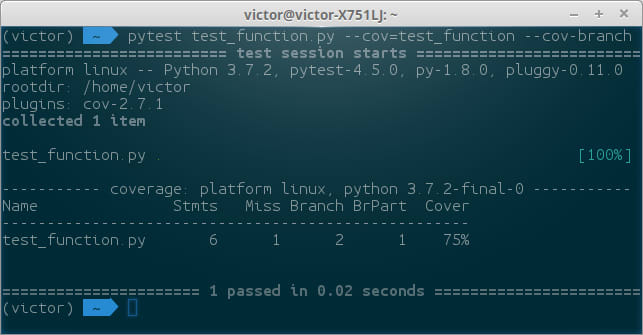 If I run the coverage exporting the results to HTML, I can actually see which statement was skipped and which branch was partially run during the test:

Now I know that I should write a test that calls semester with a value greater than 6 if I want the function to be 100% covered.

These are the reasons why I avoid conditional expressions and advise people to avoid them too: they tend to break the Zen of Python and they can fool our code coverage tools.

Granted, not every piece of code does need to be 100% covered by tests, but the ones that do should be measurable in the best way possible, and we've just seen that conditional expressions can get in our way when we are pursuing that.

How to choose a coding course for beginners ✨

Once suspended, victorosilva will not be able to comment or publish posts until their suspension is removed.

Once unsuspended, victorosilva will be able to comment and publish posts again.

Once unpublished, all posts by victorosilva will become hidden and only accessible to themselves.

If victorosilva is not suspended, they can still re-publish their posts from their dashboard.

Once unpublished, this post will become invisible to the public and only accessible to Victor Silva.

Thanks for keeping DEV Community safe. Here is what you can do to flag victorosilva:

Unflagging victorosilva will restore default visibility to their posts.