Mock API's are very useful when you need to "hit the ground running" with the front-end of a project. There are times when we need to have something visual to validate an idea with a client or to move forward with the interface while the back end is still being built.

Two weeks ago I published another article about it, explaining how to mock a REST API using JSON Server.

This time I'm going to write about how to mock a GraphQL API using GraphQL Faker.

Assuming you already know the basics of how GraphQL works, I'm not going to dive deep into its details. But, just to contextualize this article, according to GraphQL official website:

GraphQL is a query language for APIs and a runtime for fulfilling those queries with your existing data.

Apps using GraphQL are fast and stable because they control the data they get, not the server.

Building a fake GraphQL API is not difficult at all and all you need to do is:

First, add GraphQL Faker package to your project.
If you need to build a VueJS project but you don't know where to start from, check this article of mine where I explain how I structure my new VueJS projects from scratch.
If your project is not going to be written in VueJS (sorry to hear that :(), you may check your favourite JavaScript framework's tutorial page to see how to start a fresh new project with it or even built it from scratch. These are the most common JavaScript ones:

Access its root directory and, in a terminal window, execute the following command:

This is the most important part of building your mocked GraphQL API. By configuring the schema, you will be able to really use the API to return data as you need.

If you still don't know how a GraphQL Schema is configured, take a look at this link.

Let's imagine a simple application that needs to display a list of users and details of their respective addresses like street, city and country.

In this case, we need to create these two types within our schema.graphql file. The good thing about GraphQL Faker is that it already provides the @fake and @examples directives that allow us to define possible values to be mocked when retrieving data from our mocked API. Check this out:

Obs.: Faker JS provides several different types of fake data that will allow you to create real-world mocked data according to your needs. I'm not sure exactly which types are available to be used along with GraphQL Faker, but most of them are according to some tests I've made.

After configuring the Types, we need to set the Queries and Mutations to be able to perform operations.

Keep in mind that the Mutations will not create any data anywhere like JSON Server mock API but they will support you in building the correct inputs the front end will need to send when calling them.

When creating a Query we may define which is the type it should return and also the minimum and maximum size of the array it will return. In the example below, the User query, the API will return lists containing between 3 and 20 users, randomly each time we call it.

You may also define an input types and Mutations to allow your front end to perform these operations without receiving a 400 or 404 error.

Imagine that your application will allow people to create users and their address. So, we need to define, in our Schema a UserInput and an AddressInput (you may call it whatever you prefer) to be used in the mocked Mutation we'll create later:

After creating the inputs properly, we can define our mutation:

In order to test the mocked API you've just created, first we need to include a new script into our package.json file like the following:

Then, all you need to do is run the command on a terminal using:

By running it you will see the following information:

The three links are:

A text editor where you can update your schema 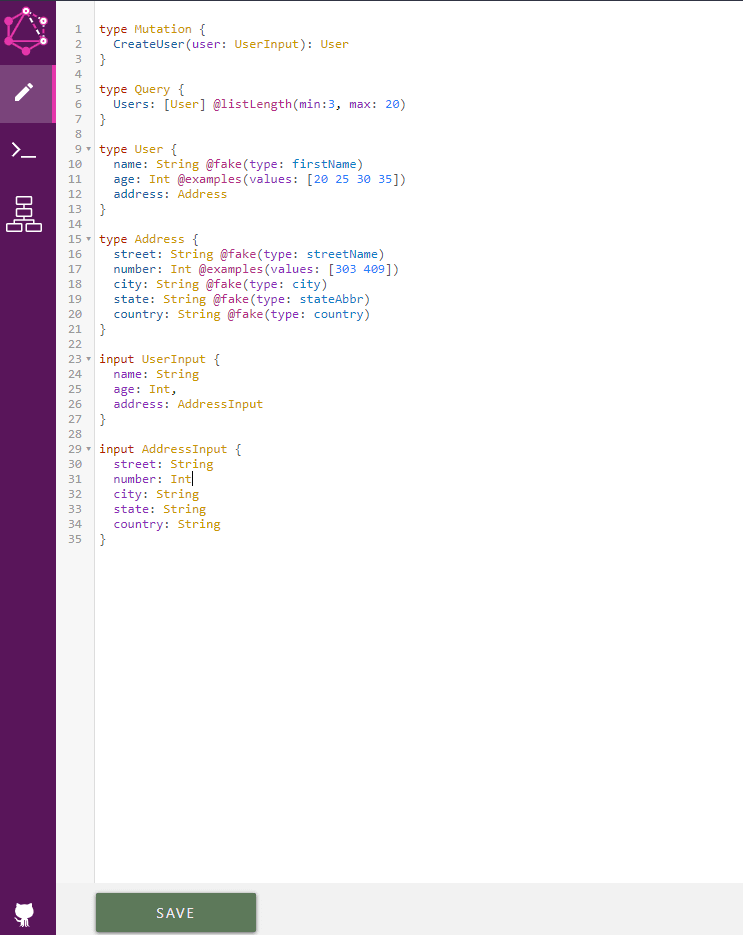 A playground where you can test all of your queries and mutations and also check all of the types defined in the schema. 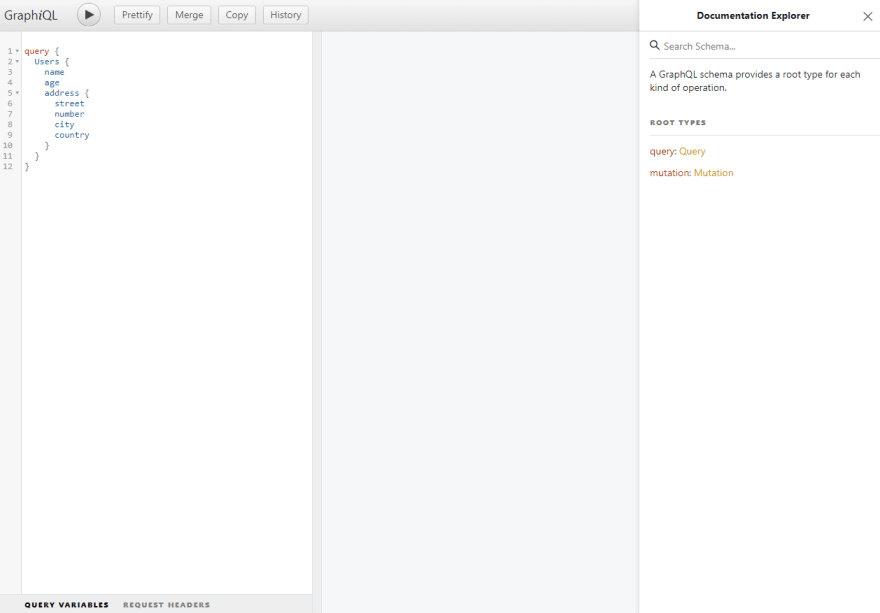 An interactive graph representation of your schema

The ports may defer. If you want to define a specific port to use the GraphQL Faker, you may define it in the script in the package.json file.

Access the GraphQL API address (http://localhost:PORT/graphql) and try out your query and check the full (and interactive) documentation of your schema :).

You can find a simple and fully functional project similar to what we've built together in this article at this repo.

If you got until this point, it means you've read the last piece of text from a series of 16 articles, published weekly since April 6th, when I decided to write about Different ways of implementing v-model (in VueJS).

The inspiration came after reading an article that said that "every developer should write". Unfortunately, this article is no longer available on the internet but its message was transmitted.

I'm not sure if I'll keep writing and, if I decide so, I don't know how frequently, but the most important thing is that I achieved my personal goal: 1 published article per week along 16 weeks in a row.

During this period three of my articles were delivered in one of the biggest VueJS newsletters around the world and one person reached out to me with an international job offer.

You can see more about these stories in my LinkedIn.

Follow me here, if you still do not and I'll bring you news soon!
Thanks for all of the support!

Code is important, but you should also focus on the cohesion of the codebase.

Once suspended, vcpablo will not be able to comment or publish posts until their suspension is removed.

Once unsuspended, vcpablo will be able to comment and publish posts again.

Once unpublished, all posts by vcpablo will become hidden and only accessible to themselves.

If vcpablo is not suspended, they can still re-publish their posts from their dashboard.

Once unpublished, this post will become invisible to the public and only accessible to Pablo Veiga.

Thanks for keeping DEV Community 👩‍💻👨‍💻 safe. Here is what you can do to flag vcpablo:

Unflagging vcpablo will restore default visibility to their posts.