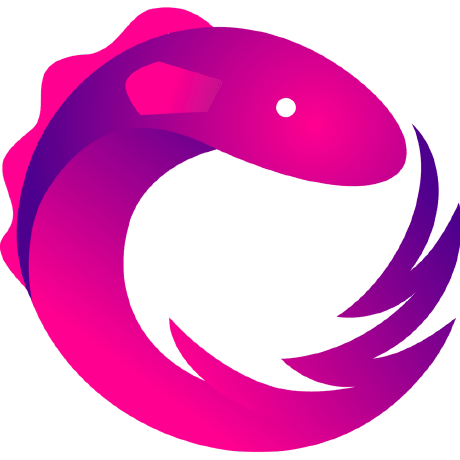 In a way, reactive programming isn’t a new thing. Our typical click events are an asynchronous data stream which we can observe and trigger actions from it. That’s how it works, but Reactive Programming makes things so much easier by adding a toolbox of operators to filter, create, transform, and unify any of those streams. In just a few lines of maintainable code, we can have web sockets that receive multiple requests and handle them on an asynchronous process that serves a filtered output.

Web applications contain lots of database operations, network calls, nested callbacks, and other computationally expensive tasks that might take a long time to complete (or even block other threads until it’s done). This is where Reactive Programming enters, it gives us the facility to convert almost anything to streams (like variables, properties, user inputs, caches, etc) to manage it asynchronously. Besides that, it also gives us an easy way to handle errors. A task that is usually hard task within asynchronous programming. Reactive Programming makes our code more flexible, readable, maintainable, and easy to write.

What Does Reactive Programming Really Means?

“Reactive, in Reactive Programming, means a dynamic reaction to change in streams.”

How Does Reactive Programming Works?

An Observable packs the incoming data so it can be passed from one thread to another. The Observable can be configured so it regulates when to supply data. For example, it could be triggered periodically or only once in their life cycle. There are also various functions that can be used to filter or transform the observable so the observer only emits certain data. All this is used instead of callbacks, which means that our code becomes more readable and less fallible.

It’s common to use Observables in a way that it doesn’t give data until some Observer subscribes to it. Known as "call by need", this is an evaluation strategy which delays the evaluation of an event until its value is needed.

The Observer consumes the data stream emitted by the Observable. An Observable can have multiple Observers so each data item emitted will be received by each Observer. The "listening" to the stream is called subscribing. Observers subscribe to the Observable with the subscribe() method to receive the emitted data.

The Observer can receive three types of events:

We don’t have to specify all three event types in the code. We can choose which events to observe using the named arguments, or simply providing a lambda for the on_next function. Typically, in production, we will want to provide an on_error handler so errors are explicitly handled by the subscriber.

Therefore, the main dif­fer­ence between a Sub­ject and an Observable is that all of the Sub­ject subscribers share the same action. This means that, when a Sub­ject pro­duces data, all of its sub­scribers will receive the same data. This is unlike Observ­ables, where each sub­scrip­tion causes an inde­pen­dent exe­cu­tion of the observable.

Continue reading this Article at Auth0.com

How to convert Python to php ?

Once suspended, valerybriz will not be able to comment or publish posts until their suspension is removed.

Once unsuspended, valerybriz will be able to comment and publish posts again.

Once unpublished, all posts by valerybriz will become hidden and only accessible to themselves.

If valerybriz is not suspended, they can still re-publish their posts from their dashboard.

Once unpublished, this post will become invisible to the public and only accessible to Valery Briz.

Thanks for keeping DEV Community 👩‍💻👨‍💻 safe. Here is what you can do to flag valerybriz:

Unflagging valerybriz will restore default visibility to their posts.