When I'm setting up HashiCorp Vault for different internal customers, I have to explain what the hell Vault is. That usually goes pretty well. "Lastpass, but for use by Infrastructure and Server software instead of humans?" "Makes sense."

But then, I have to explain how Vault works.

"So now, instead of having a plaintext credential in source code or configuration files, you can make your software authenticate to Vault to get the credential... tokens... and now I'll pause for a bit to see what you think about all this."

I pause for questions, and give people time to think. And there's always that guy, the one with the questions.

"Aren't we just moving the problem?
I mean, I know that don't have to put DB credentials in a plaintext .properties file, and can generate them dynamically from Vault instead.
But I now have to store a Vault Token in plaintext, and anyone who gets the Vault Token can just generate the DB credentials from the Vault!
What's the point of Vault if it's just the same vulnerability with extra steps?"

It's gotten to the point that I can walk into a meeting and tell who it's going to be, even before he asks. Call it instinct. 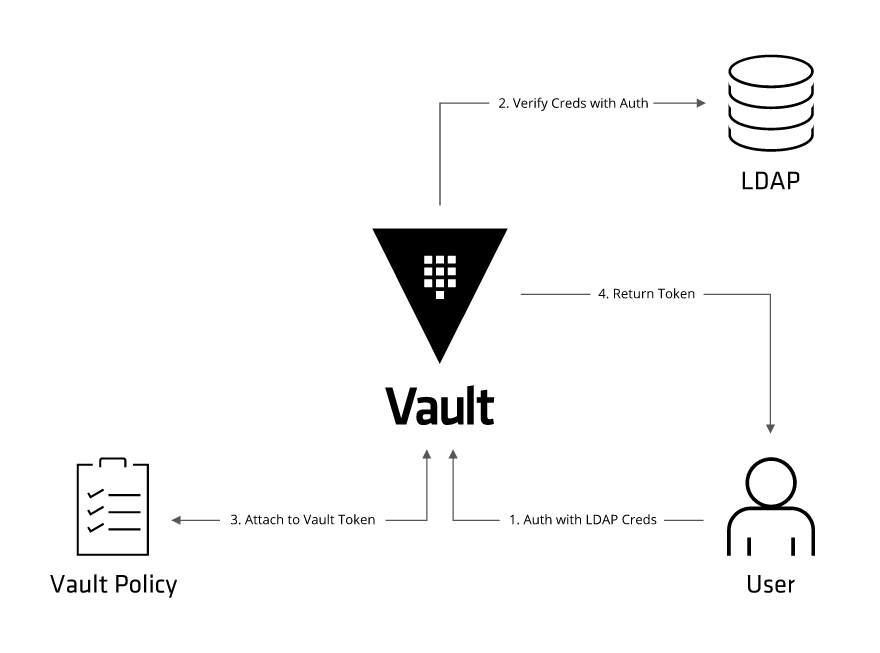 Anyway, after a bit of white boarding and a high level demo of Vault's Token authentication, other specialists and architects are often justifiably skeptical how Vault Tokens fix the problem of having a hard-coded string somewhere (file, ENV var, whatever) that contains the credentials themselves.

He'll point out that it looks suspiciously like "moving" the security challenge, because it seems like he still has to keep a VAULT_TOKEN somewhere, just as he had to do with the credentials without Vault.

Vault does move the problem. But that's because there are advantages of "moving" the problem in this way, and (Token != Password):

The metaphor I like to use for Vault Tokens is a session token for web applications.

While the token itself may not be all that special, security-wise, a user can only get the Vault Token by doing whichever song and dance you've set up for login.

And that token is time-limited, auditable, tied to a specific range of IP addresses, and specific to each client.

Anyway, now when I get asked this question, I have a page I can point to.

Evolution Of HTTP Over the years

🦄N B🛡
// , “It is not so important to be serious as it is to be serious about the important things. The monkey wears an expression of seriousness... but the monkey is serious because he itches."(No/No)
Cohesion and Coupling for Secrets Management in CI/CD Work Flows
#secretsmanagement #architecture #coupling #informationsecurity
vault Error ... unsupported protocol scheme ""
#hashicorpvault #vaulterrors #unsupportedprotocol #stupid
IAM vs PIM vs PAM vs HashiCorp Vault vs Skub in 20 seconds
#identity #hashicorpvault #pim #privilege

Once suspended, v6 will not be able to comment or publish posts until their suspension is removed.

Once unsuspended, v6 will be able to comment and publish posts again.

Once unpublished, all posts by v6 will become hidden and only accessible to themselves.

If v6 is not suspended, they can still re-publish their posts from their dashboard.