This post is part of the forthcoming Mapbox Developer's Handbook - a comprehensive guide for anyone building interactive maps and applications using Mapbox. You can pick up a copy here!

The Mapbox base maps are how I first came across Mapbox. In search of a better base map for a Leaflet project, I had been exploring a site that allowed you to preview different map providers. I distinctly remember coming across the Mapbox Streets style. Fresh colors, clarity, and just an overall beautiful map. The same rings true today.

Despite working with Mapbox on a regular basis, I still do not have the style urls for all of their predefined styles memorized and am constantly having to refer to their docs. This post is meant to serve as a cheatsheet for using Mapbox Styles. It will cover all of Mapbox's predefined styles and the best use cases for each.

I covered how to create a basic map in my Introduction to Mapbox and React post and will post a snippet of it here. To use any of the predefined Mapbox styles in a map, all you need to do is replace the value for the style property in this snippet with whichever style you would like to use. 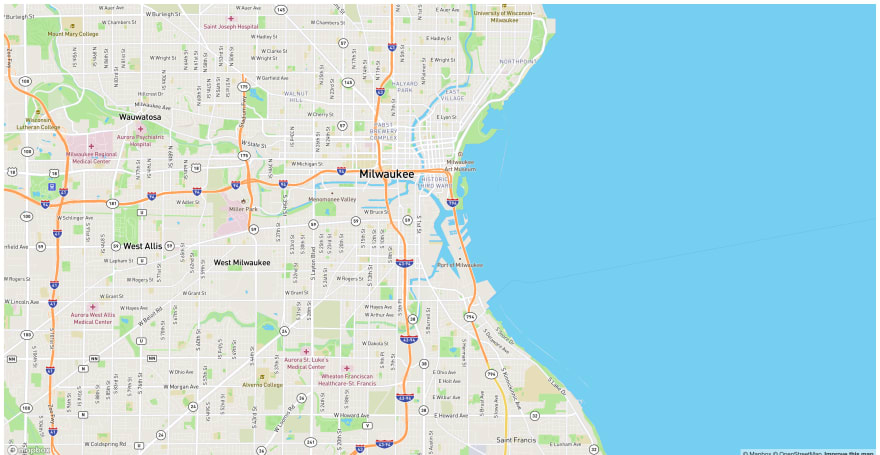 The Streets style is the probably the bread and butter for most use cases. Like any good information product, it makes the complex appear simple and approachable. The map style features clear roadways, administrative boundaries, and points of interest. The terrain rendering is surprisingly decent too. 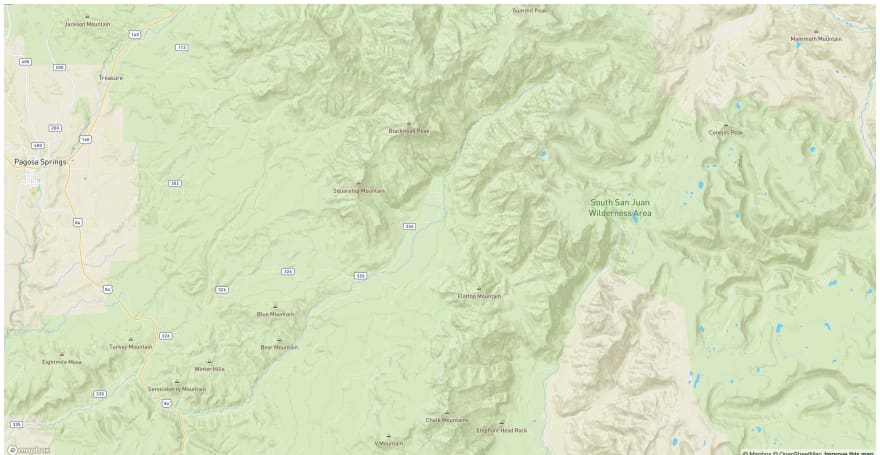 The Outdoors style is my personal favorite and what I reach for most frequently. Similarly to the Streets style, Mapbox has chosen a near perfect color palette that is both highly functional and aesthetic. The map style prominently highlights terrain and natural features while still clearly conveying features like roadways, administrative boundaries, and points of interest. In addition to a great roads network, this map does an excellent job at showing trail networks. If you have used Strava before, you have seen a variation of this style in action. 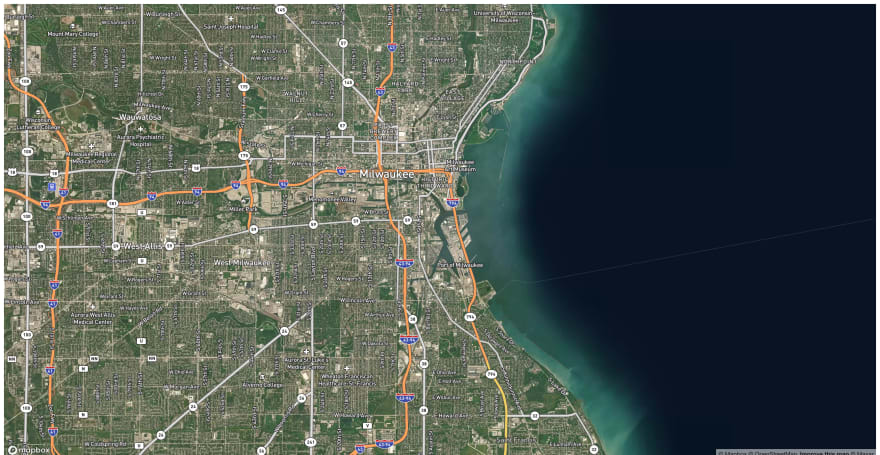 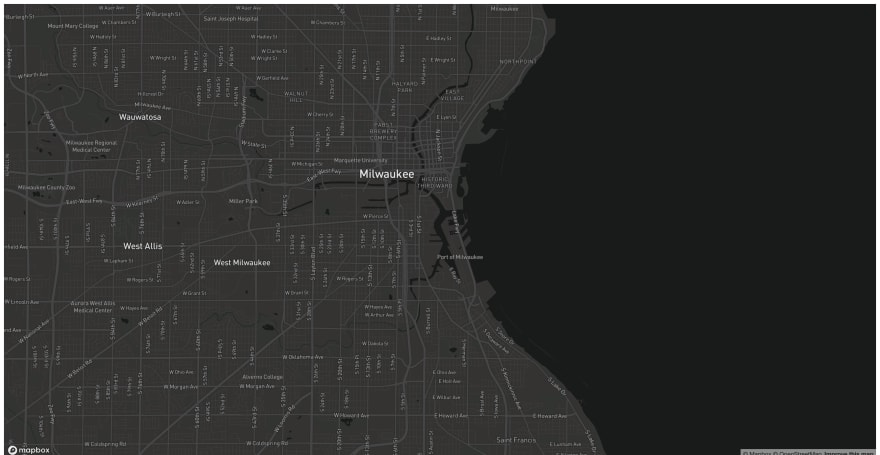 The dark and light styles are my second favorite Mapbox style. These minimal styles are ideal use cases for maps with data visualizations. Mapbox has stripped away the noise resulting in minimal styles that have just enough context to assist in the spatial story you are trying to tell. These styles make it easy for your data to pop. In addition to their light and dark styles, Mapbox provides a way to create similarly muted Monochrome maps in Mapbox Studio based on any color. This is really useful if you need to create a minimal map to branded to your application. I plan on covering this in a future post but here is an example in the interim. 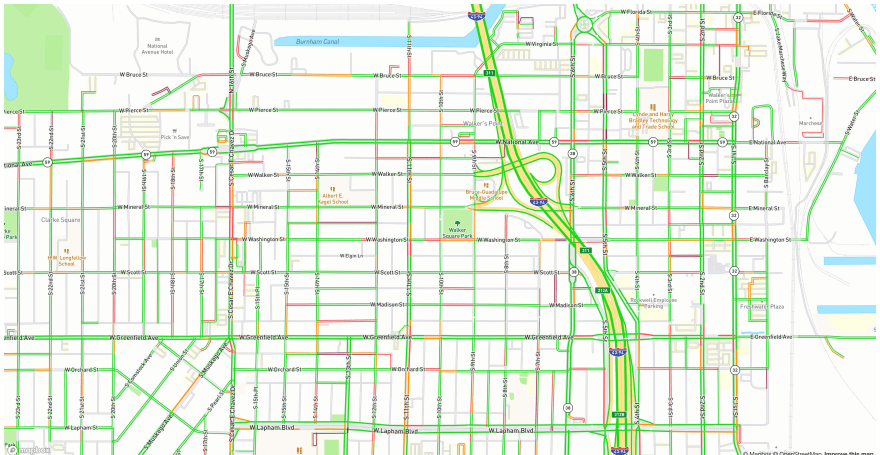 Admittedly, I have not used the navigation preview styles before as I have never built an application that relies on navigation. Mapbox does not give these styles their own standalone products page but does reference them in the Mapbox GL JS docs. Going off of the name and previewing the style locally, I think it is fair to say that these styles are designed for previewing a navigation route. There are two styles available: day and night. 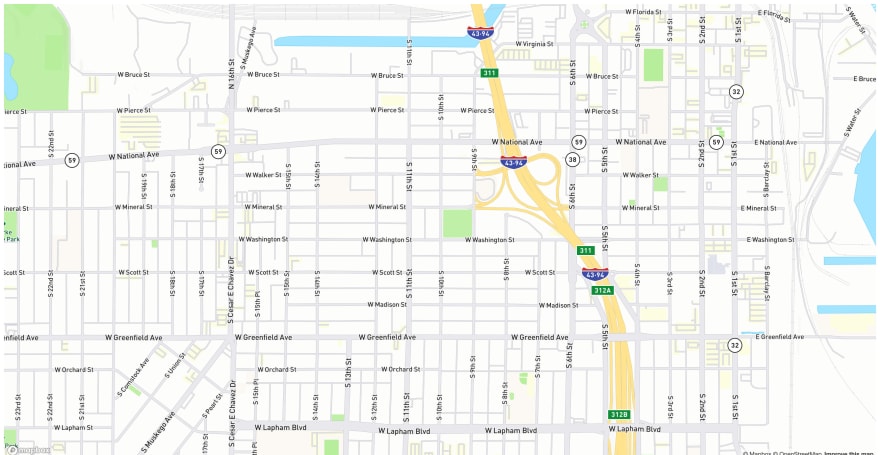 Similarly, I have not used the navigation guidance styles before Mapbox does not give these styles their own standalone products page but does reference them in the Mapbox GL JS docs. Going off of the name and previewing the style locally, I think it is fair to say that these styles are designed for guidance while navigating a route. There are two styles available: day and night.

Something I learned in writing this post is how easy it is to optimize a Mapbox style. All you have to do is append a query string to the end of the style url. So if I wanted to render an optimized Outdoor style I could do

The other really cool part about this is that it does not just apply to Mapbox's predefined styles. You can use the optimize flag on any tileset hosted by Mapbox (more on this in future posts).

If you are anxious to actually apply this, grab the code snippet from my Introduction to Mapbox and React post and try swapping the various style urls in and out.

If you found this post useful, please retweet, share, or pick up a copy of The Mapbox Developer's Handbook!

Safer (and fast) refactoring in React