You can read more about Super-simple Jira API in 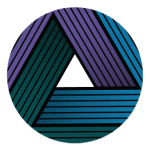 
Then you can list non-empty fields of the ticket using the folowing command (make sure you have installed jq before):

In my example, the command above lists 87 non-empty fields of Jira ticket. Compare it with total number of fields in the ticket which is 983 😱

Or, if you want to see fields with their values, use the following:

How to use Hyperlink of image in formula field

TDD: Letting the compiler direct you

Oops! You found me again!

andriy melnyk ╔╬╚╗╠ ╠╣╔╦╣╚╗╔╬╗
under construction
What is your favourite ES6 feature?
#javascript #discuss #career #interview
Nobody talks about this in the IT world
#beginners #productivity #programming #discuss
5 reasons to start staging your code right now
#webdev #programming #productivity #testing

Once suspended, turbobasic will not be able to comment or publish posts until their suspension is removed.

Once unsuspended, turbobasic will be able to comment and publish posts again.

Once unpublished, all posts by turbobasic will become hidden and only accessible to themselves.

If turbobasic is not suspended, they can still re-publish their posts from their dashboard.