Developer conferences excite many techies and I'm glad I fall into that category as well. — it gives an opportunity to talk to other techies around the country and even around the globe one-to-one, showcase and exchange the latest stuff that excites each other.

Associating with PyCon India was something I had been looking forward to, and why not? It is the largest premier Python conference in India on using and developing the Python programming language, attended by students, professionals and Python veterans all alike.

The conference took place in Chennai at Chennai Trade Center on October 12-15, 2019. About a 1600+ of the industry's Pythonistas from different fields were present there for the 11th edition of this mega event.

I arrived in the bustling city of Chennai, armed with my laptop, to soak up knowledge, listen to and interact with Pythonistas over there, as much as I could.

The conference was of total 4 days - 2 days speech and 2 days hands-on. An usual speech day was like: We started at 8 O'Clock in the morning with registration and breakfast till 9:15 am. Gathered for a 15 minutes of Opening Address, and then attended an hour of Opening Keynote. Post than we had a small tea break to keep sleepies awaken :P. Then 3 slots of Talks were delivered by Pythonistas from various fields, companies, schools & colleges around the India. The each talks were half an hour long. This time it was organized in 3 different halls simultaneously to cover and deliver more and more of it. In these talks people shared their experience, knowledge, and their creation related to Python.

Then an additional talk for the interested ones. Then lunch of ~1 hour was followed by Lightning Talks, where people showcased their creations using working models demostration, and poster designs in an open area.

Post that, we had again 3 slots of Talks on different topics, followed by a tea break. And before the Closing Address for the day, we got most awaited Closing Keynote of the day by one of the famous guest speakers.

I couldn't attend Workshops and Dev Sprints this time but will definitely plan for the next one.

The first of the conference, and opening keynote of the day was Python’s journey to Data Science by Jake VanderPlas, author of Python Data Science Handbook, an Astronomer, and many more.

The keynote started with the beginning of Python and insights on roadmaps of the language so far. Jake walked us through the various era of Python programming language - How Python became a data science powerhouse - Various data science tools available in Python till date and so on. 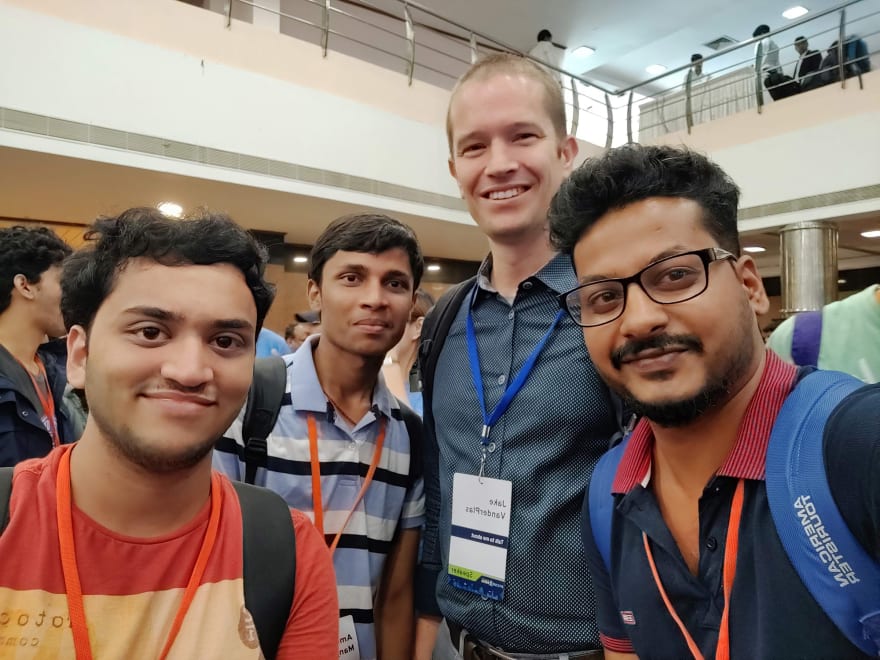 The closing keynote emphasized on We Shall Overcome - Gender gap in tech by Devi A. S. L., Staff Engineer at RazorPay.

"Looking around me, it is so obvious that women dont't get equal opportunities in tech and there are so many things that lead to that." - Guido van Rossum, 2014

Devi is a very senior Pythonista and she has been active in the community since the inception of PyCon India. She started her speech with a small story of her which shed some light on Women Empowerment in tech. She strongly put her points with the facts about what is happening wrong since long time and how we can overcome that.

The opening keynote of the day was Let Them Write Code by Ines Montani, founder of Explosion, core contributor of spaCy, prodigy.

The keynote started with a brief introduction about Ines, her company, and about tools - spaCy and prodigy. She also demonstrated how simple and helpful prodigy is for tokenization purposes in data science field.

And the closing keynote was A talk near the future of Python by David Beazley, author of Python Cookbook.

This was the most awaited keynote. Audiences were eagerly waiting to listen to him after 3 slots of small talks. The hall was full packed and was echoing loud due to tremendous applauses and cheerings. He started reading a note he has wrote in late 1984 (February 14th :<3) about computers, machine language, and a game he was writing for Apple II in machine language. Very interesting.. Very exciting!

While talking these stuffs and about his love for machines.. he opened his Emac and started writing a Python class to implement a stack.. and rest was history. It turned out that he live-coded an interpreter for WebAssembly in Python and ran a rocket game's (The game written by someone else in Rust using WebAssembly) binary code in a browser using that interpreter.

It took him barely an hour to write a viable WebAssembly interpreter in Python. Must watch his live-code session. 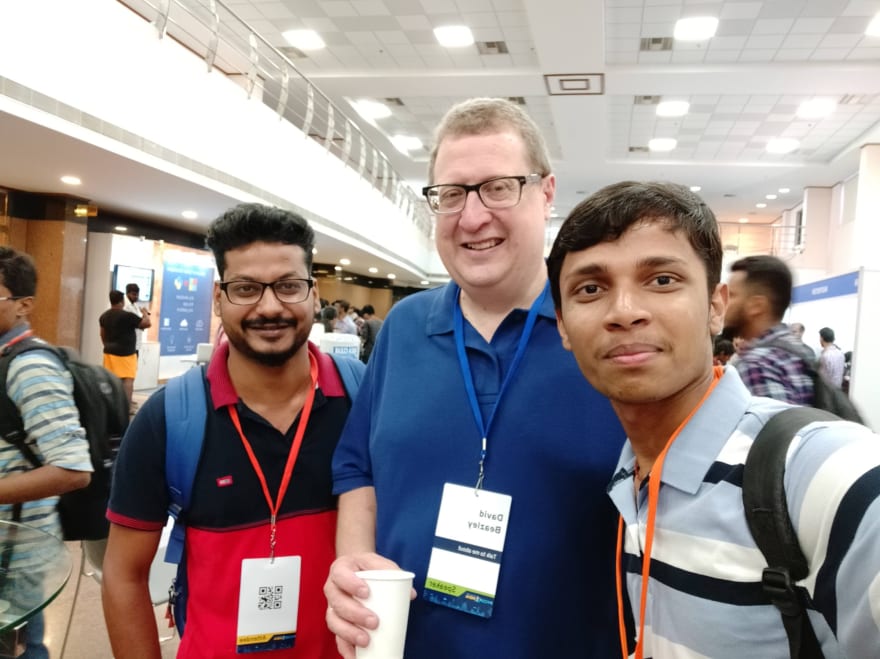 Why should you attend PyCon 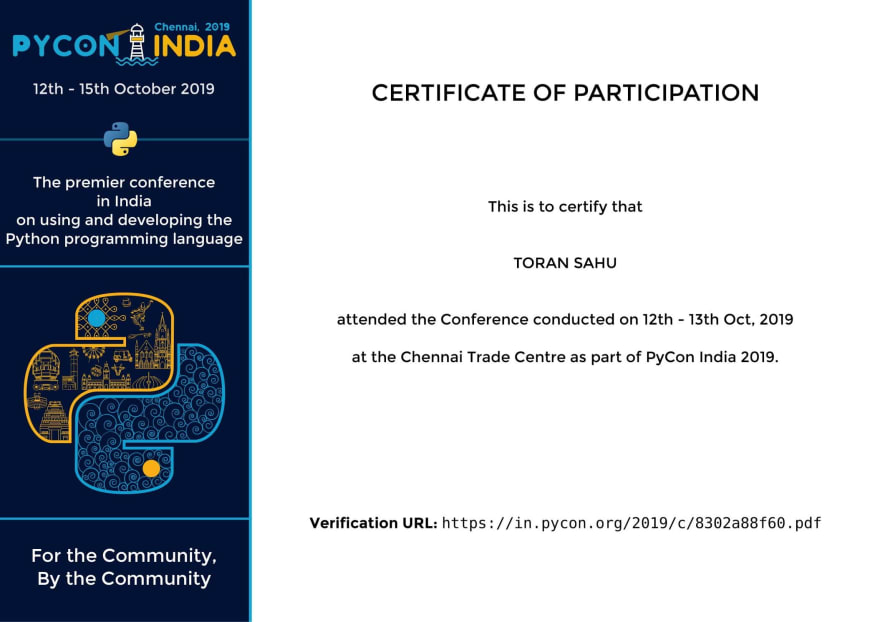 I got a certificate of participation from PyCon India.

I had a great time at PyCon India 2019. I came back with a lot of new ideas, knowldege, and experience which will soon make it to my current and upcoming projects. Keep following me to meet me at the next conference near you!

Hosting a Python Discord Bot for Free with Fly.io

Once suspended, toransahu will not be able to comment or publish posts until their suspension is removed.

Once unsuspended, toransahu will be able to comment and publish posts again.

Once unpublished, all posts by toransahu will become hidden and only accessible to themselves.

If toransahu is not suspended, they can still re-publish their posts from their dashboard.

Once unpublished, this post will become invisible to the public and only accessible to Toran Sahu.

Thanks for keeping DEV Community 👩‍💻👨‍💻 safe. Here is what you can do to flag toransahu:

Unflagging toransahu will restore default visibility to their posts.