A few days ago, I’ve faced the following error when I attempted to open my Business Central instance from my Docker Container:

Your program license has expired.

Let’s see what steps I’ve adopted to import the license on my Docker Container.

First, I’ve copied the license, that I want to import, from my host to my Docker Container by doing the following command:

Before moving on, a quick check if the command was well succeeded… 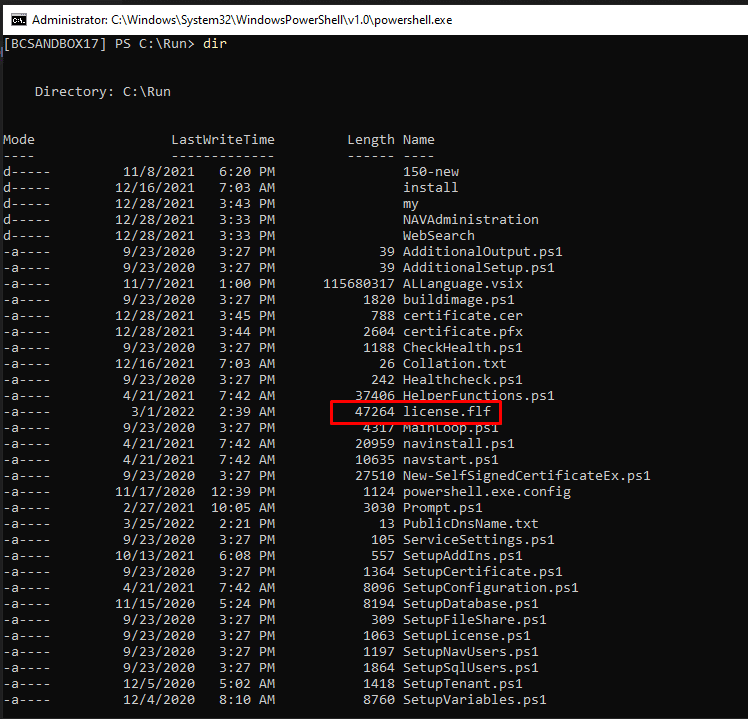 Now that I’m sure that the license file is there, on my container, is time to import it to the aimed instance, by using the following cmdlet:

By executing the above cmdlet you’ll end with your license imported, but to see reflected the upload in the Business Central you’ll require to restart your instance. If you don’t remind how to do it please jump until the following post and you’ll be able to find how to do it.

I hope that this helped. Stay safe!

Easy way to delete your image from docker hub

Get a Legacy PHP (5.3) application running in Docker

Once suspended, toolgbrmaker will not be able to comment or publish posts until their suspension is removed.

Once unsuspended, toolgbrmaker will be able to comment and publish posts again.

Once unpublished, all posts by toolgbrmaker will become hidden and only accessible to themselves.

If toolgbrmaker is not suspended, they can still re-publish their posts from their dashboard.