In fact, the exact metrics for this tweet are:

The reason the title doesn't include the exact numbers is due to limitations of the Twitter API, which I will get to later.

This workflow is powered by Pipedream's impossibly fast serverless integration platform and was inspired by similar self-reflexive automation efforts on Hacker News and YouTube.

How this workflow works (in three easy steps): 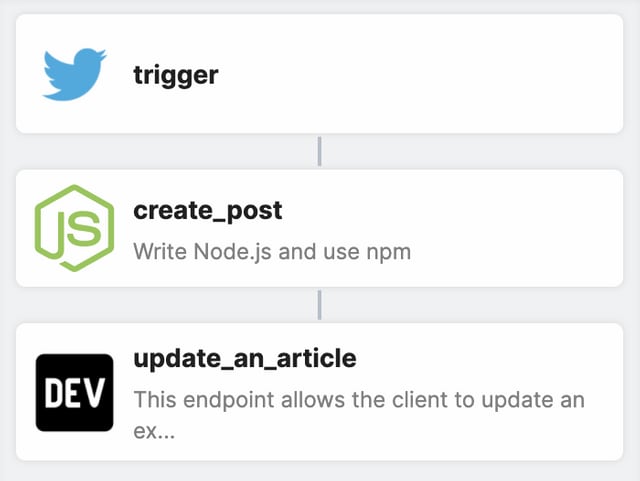 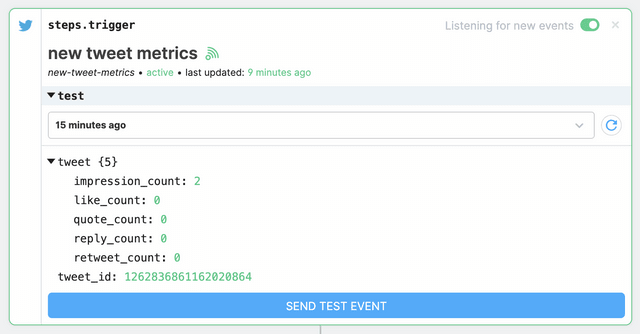 2. Code Step - Dev.to post in markdown with title and description 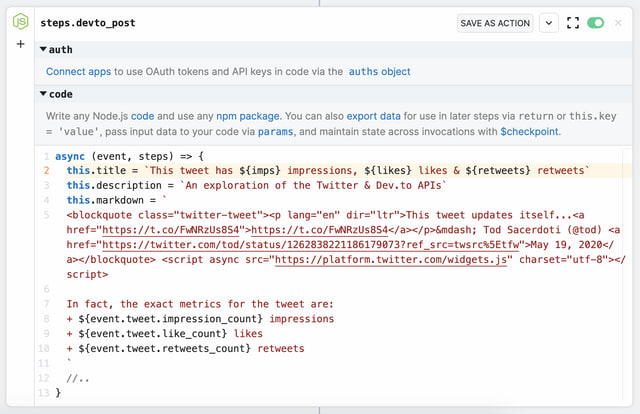 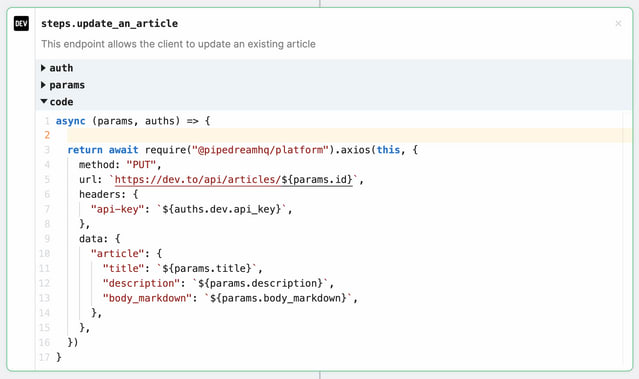 Why does the tweet not update in real time?

Why not build your own?

Top 10 trending github repos for JavaScript developers in this week🍀.

How Console.Log() changed everything for me!

Setup Webpack And Babel for a React JS Application

We will OSS the Next.js + web3 starter kit