The People's Purse is an educational and social change platform that aims to inform citizens about different governmental departments and the elected officials who represent them. The inspiration from the project stems from the idea of Participatory Budgeting, or PB, a concept that was invented in Brazil in 1989, and singled out as a best practice by both the World Bank and United Nations.

1. Citizens identify community needs for funding
2. Citizens then work with elected officials to craft budgetary proposals to meet these needs
3. Citizens are then able to vote on where and how public funds are spent

The project is live and free to use at People's Purse

The current iteration aims to be used as an educational tool in middle and high school level classrooms and is accompanied by a curriculum and lesson planning component. 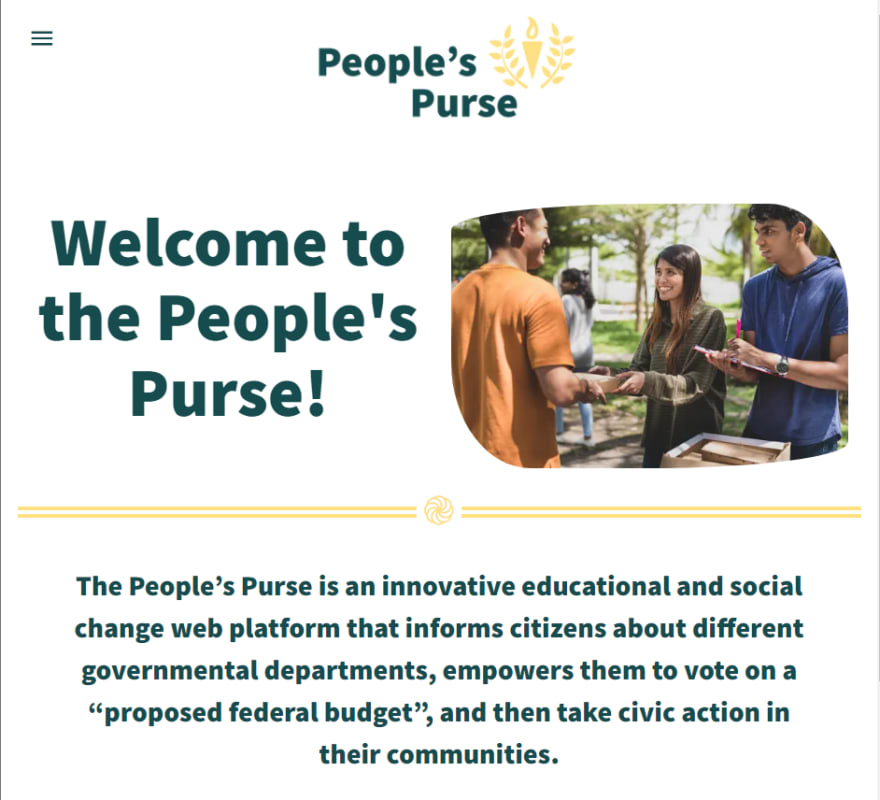 Take some time to poke around the website and let us know how/if it can be improved.

There are some slight differences in application functionality depending on the user's status (educator or learner), which is determined via backend database coding.

Link to Code on GitHub

The repository is open source and free to use, licensed under the Apache-2 License.

If you’d like to work together on a Participatory Budgeting Solution, let’s connect

How to pass parameters to useQuery using Axios

Ensure your Next.js app's performance is top-notch with Lighthouse CI and GitHub Actions

Once suspended, thomps9012 will not be able to comment or publish posts until their suspension is removed.

Once unsuspended, thomps9012 will be able to comment and publish posts again.

Once unpublished, all posts by thomps9012 will become hidden and only accessible to themselves.

If thomps9012 is not suspended, they can still re-publish their posts from their dashboard.

Once unpublished, this post will become invisible to the public and only accessible to Samuel Joseph Thompson.

Thanks for keeping DEV Community 👩‍💻👨‍💻 safe. Here is what you can do to flag thomps9012:

Unflagging thomps9012 will restore default visibility to their posts.