San Francisco was my starting point for travelling to ng-conf. I did spend 3 days around here but still have a feeling that I haven’t visited all the cool places in the area.
Being an experienced bicycle rider I was really enjoying riding from the city centre all the way through the Golden Bridge. The most intriguing part of that ride was that the Golder Bridge was often fully covered by the enormous cloud and so technically was not visible at all. However shortly on the way back the cloud wasn’t there that opened all the views. Riding through those clouds was quite fun and always unexpected. Indeed, San Francisco is for a reason called a city of winds and fog.

It was a great meeting with my friends who are currently based in Silicon Valley, which is located about 80 km from the City Centre. So I had a chance to see the city and do my business. 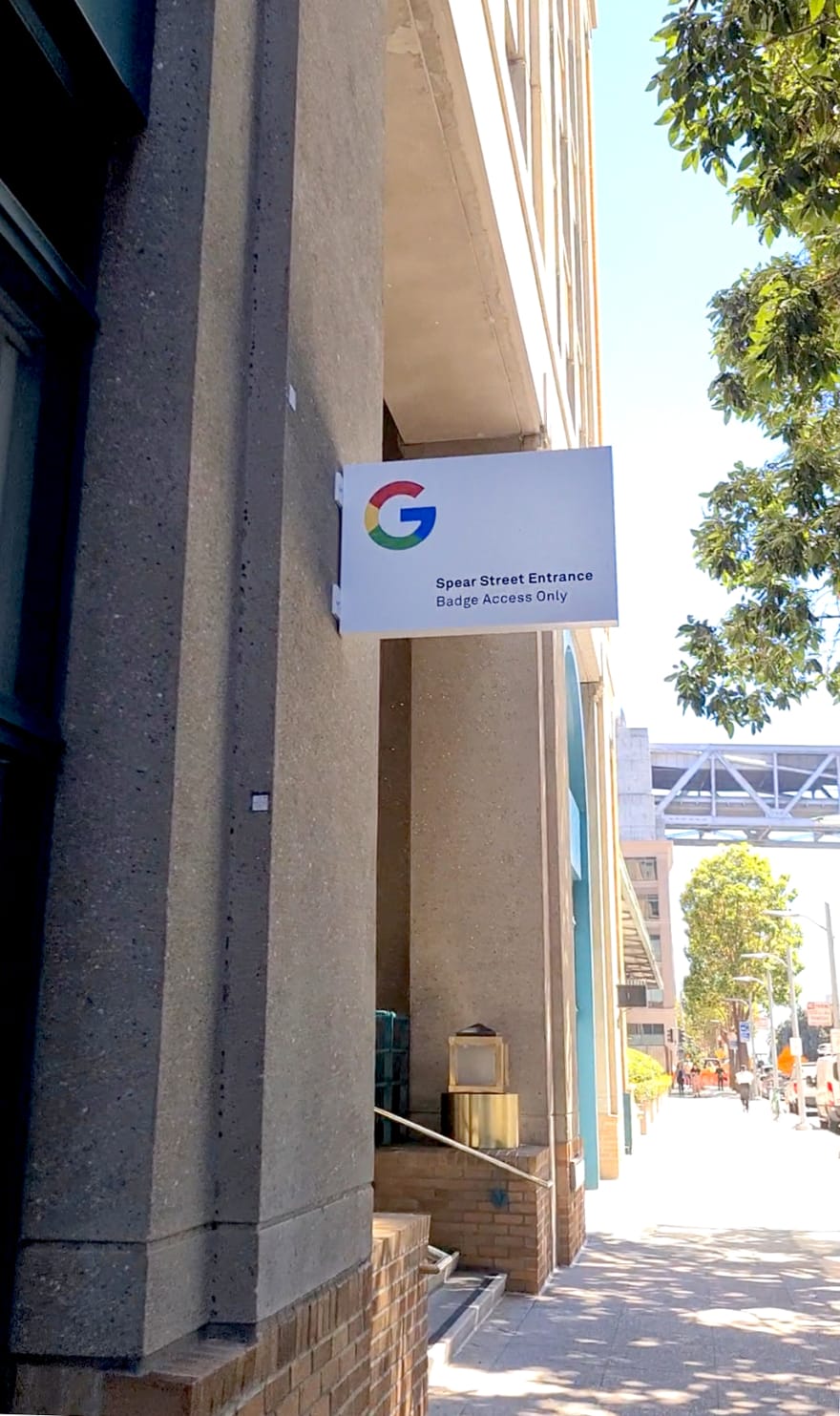 It was great to visit the San Francisco Google Office. I should say that the view from that office is quite stunning! But the way cooler was to meet Angular Team in person! Minko Gechev, Emma Twersky, Mark Techson. Thank you for lunch and conversation! Hope to see you soon again, maybe in Australia? 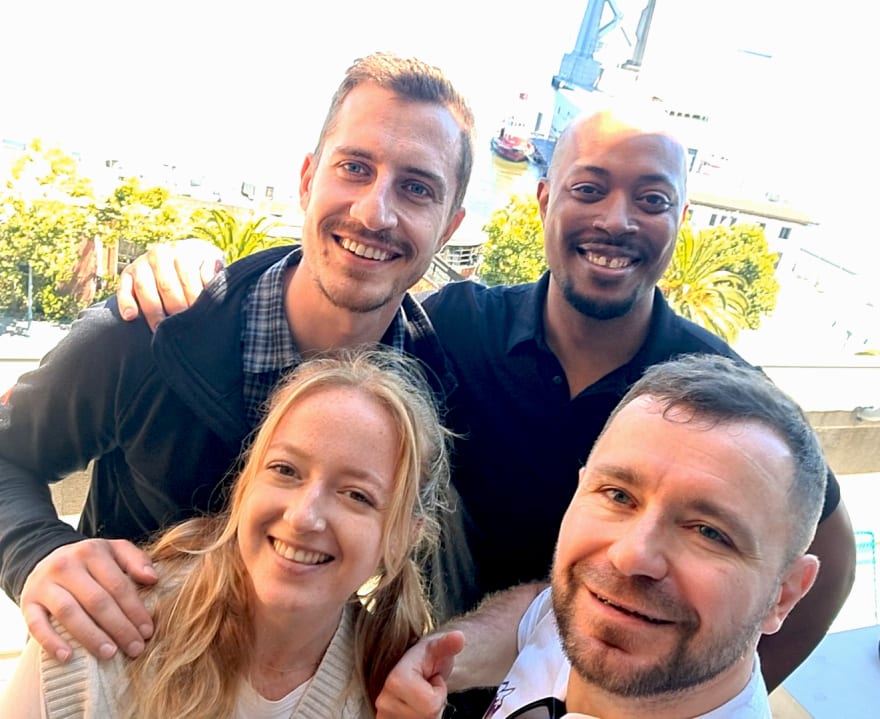 One of the most famous parts of the Valley is Private Research Stanford University, a place where smartest minds are raised and great ideas are born. Visiting the place is like diving in a fountain of knowledge. I was really impressed and happy to have this location in my traveling collection. 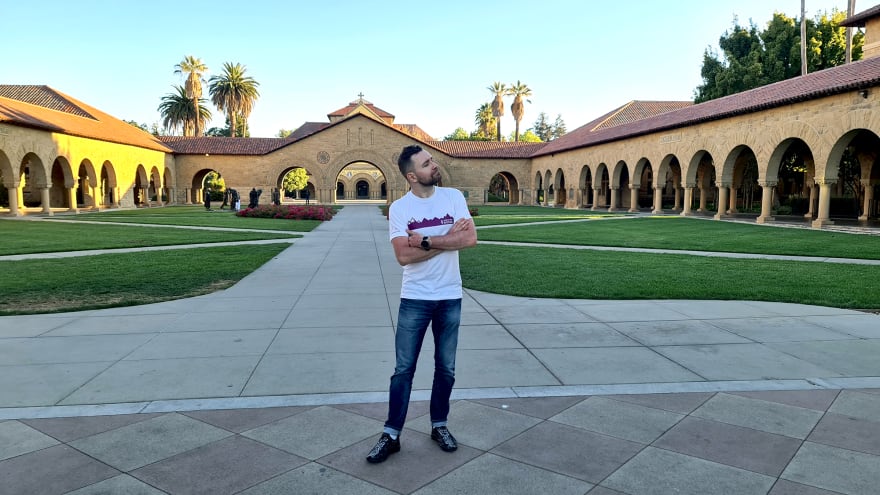 Thank you, San Francisco! I am sure, we’ll see each other many times again!

My friends strongly recommended taking California State Route 1 that goes from San Francisco to Los Angeles along the ocean. This route has a lot of cool and beautiful parts like Mojave Mountains, San Simeon, Santa Barbara and Big Sur. I stopped at most of them. In particular I really like the ocean views, watching sea lions and visiting beautiful Hearst Castle on Enchanted Hill. 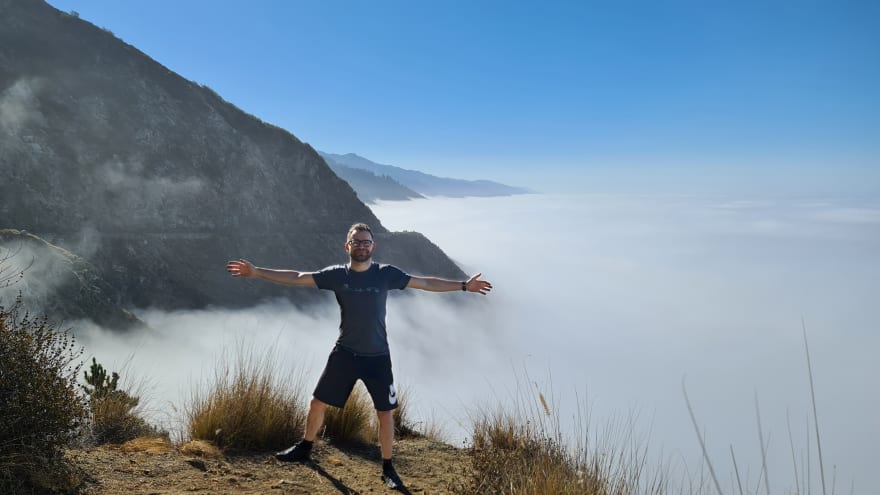 I hit Los Angeles late evening to catch the night vibes that clearly told me that it is a night city. I had to stop in the hotel right in the heart of Holywood to get access to all the famous tourist attractions, however it was one of the worst hotels I had ever seen, the name of that hotel sounds cool though. 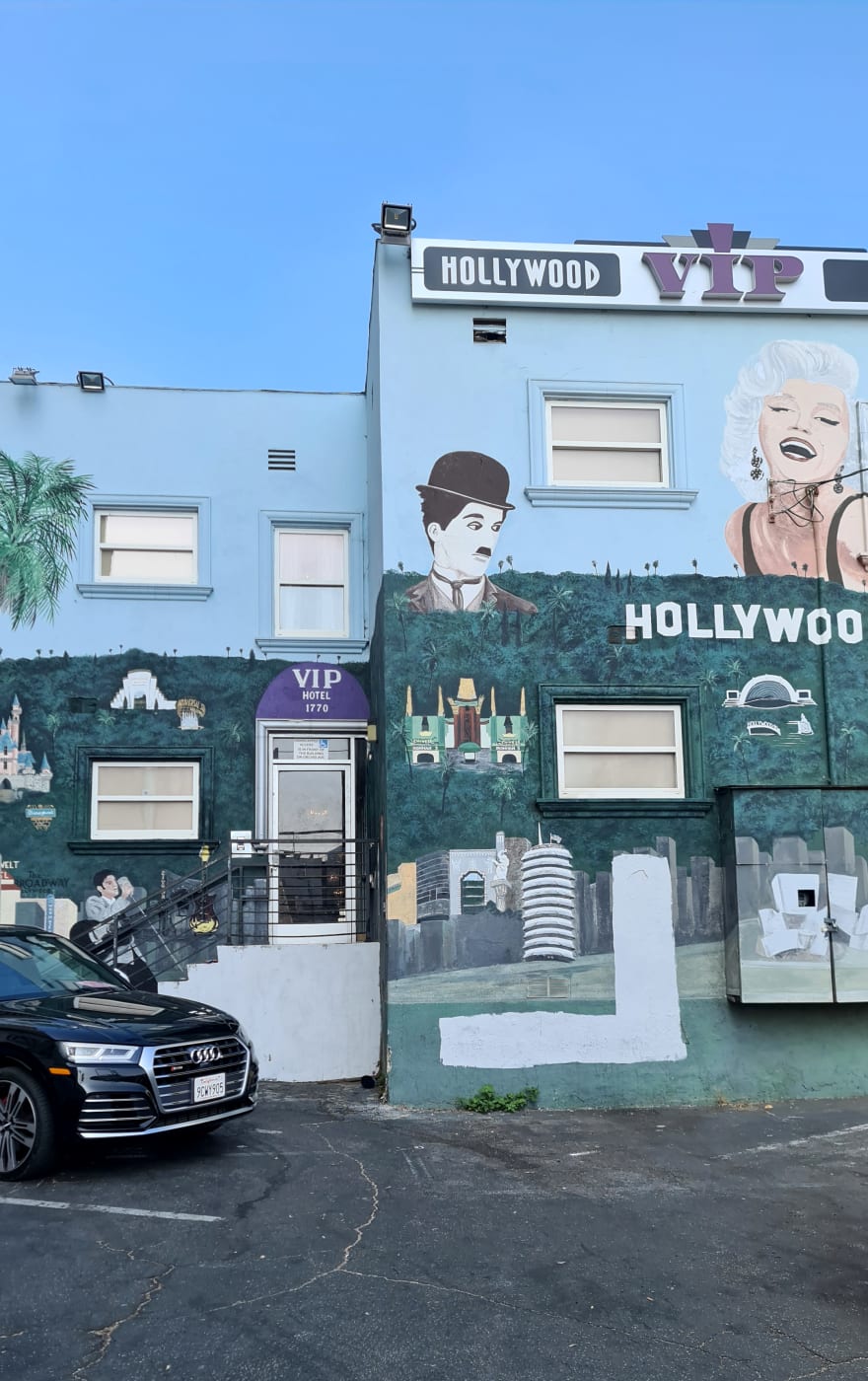 The next day I visited the famous Petersen Automotive Museum that I enjoyed a lot. It has a huge collection of motorcycles including the ones with electric power and legendary cars from movies and cartoons. Visiting the Hollywood Wax Museum was also a very fun experience. So yeah, there are a lot of things to do in LA. 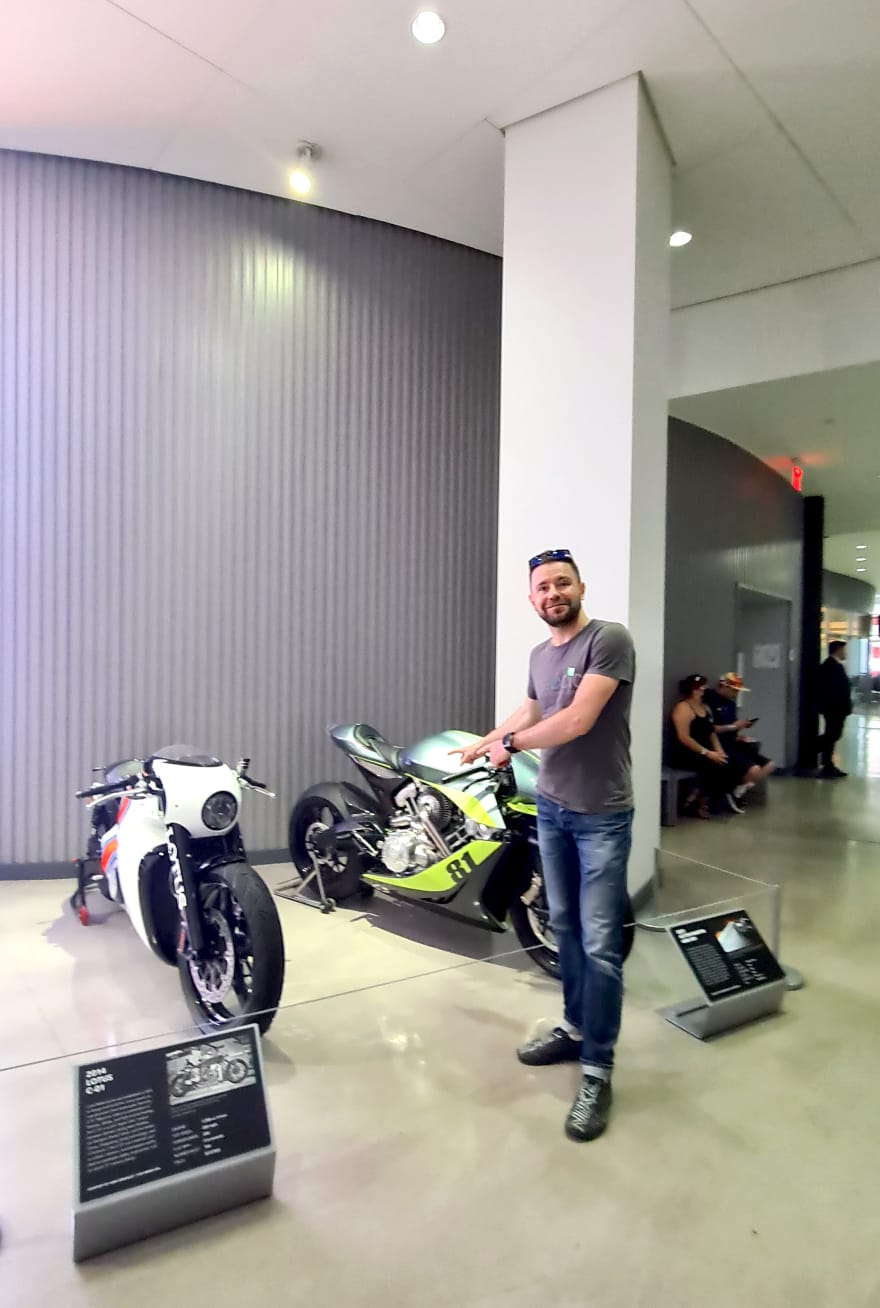 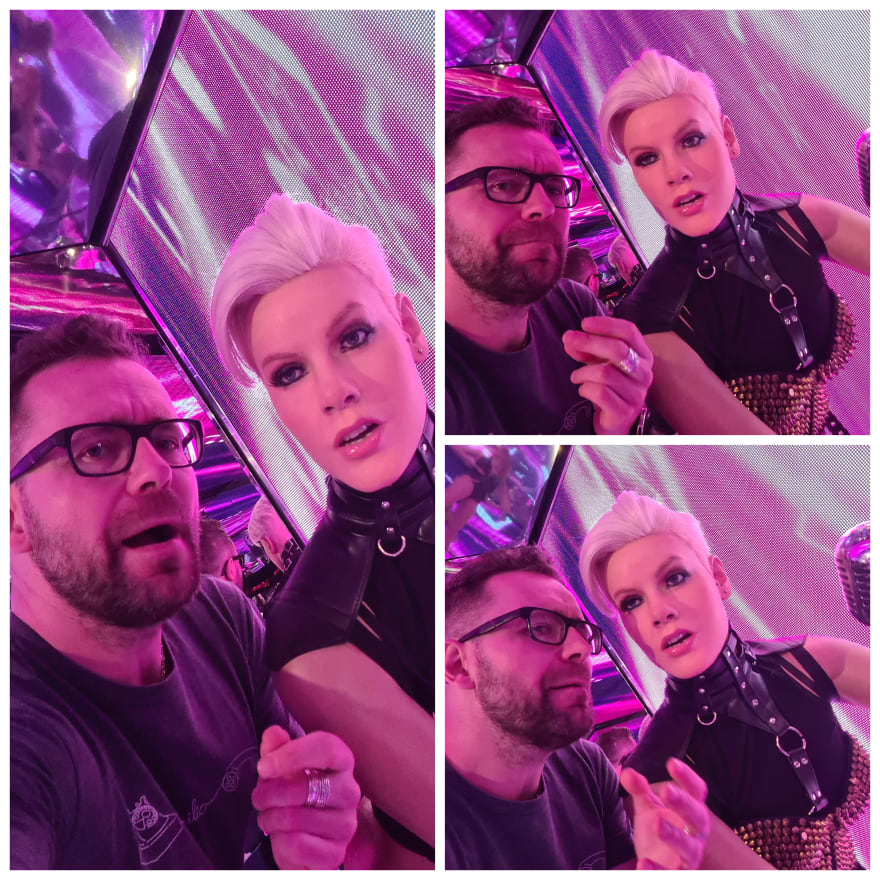 Next morning on my way to Las Vegas I visited the Six Flags Magic Mountain to enjoy a few roller coaster rides, the X-2 ride was quite impressive and probably the most exciting I’ve ever done. For the rest of the first hour the road to Vegas was quite boring, but since I had escaped all those big intersections the landscape changed dramatically and for the next couple of hours I enjoyed the mountain views that I had never seen before.
I reached Las Vegas late evening right at sunset. It was surprising to see even more people on the night streets than in LA. This reminded me of the NYE celebration that happens once a year on December the 31st in Sydney, but here people didn't celebrate anything, they just walked around and I had nothing to do but to join. It was a very impressive and crowded night.
All the big hotels on the main street of Vegas are connected by small bridges. Every hotel has a casino on the ground floor, so once you are checking in into one of them you like asking yourself if it really is a hotel or if you are staying in the casino. This is a very unique experience I must tell. 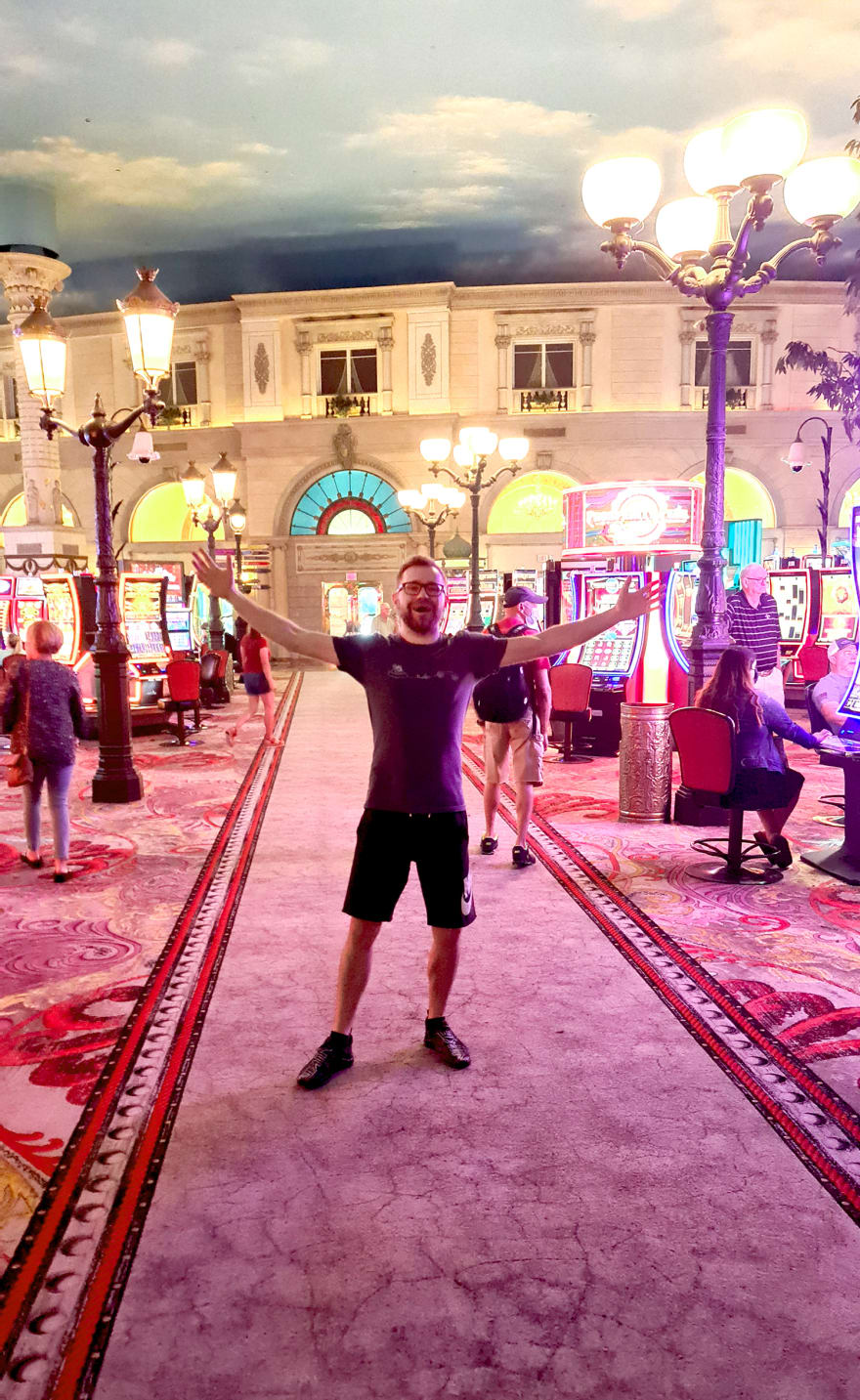 On the night streets of Vegas I met all of my best friends Minnie and Mickey Mouse and of course the main dude from my favourite The Hangover movie! 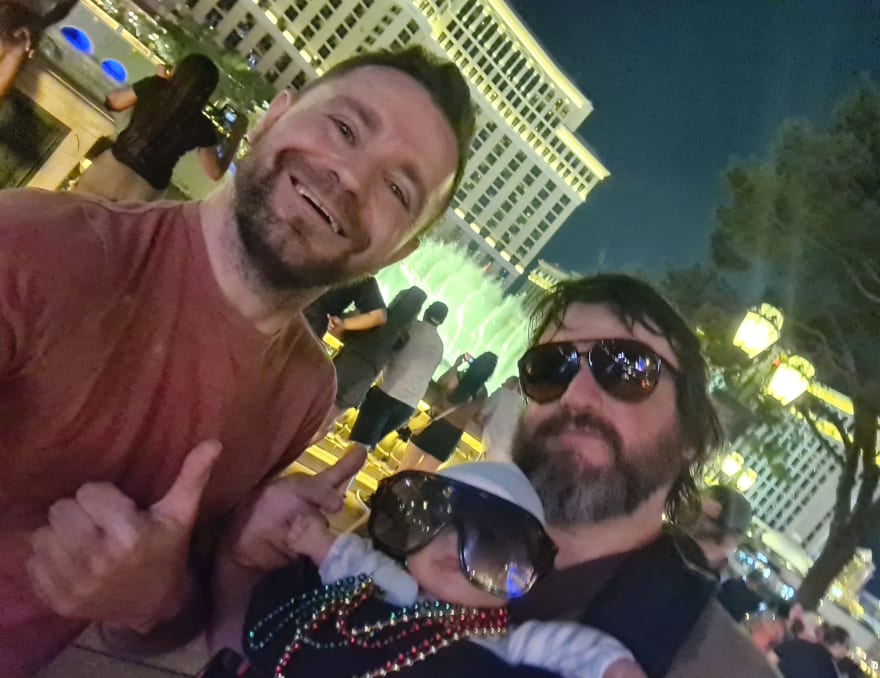 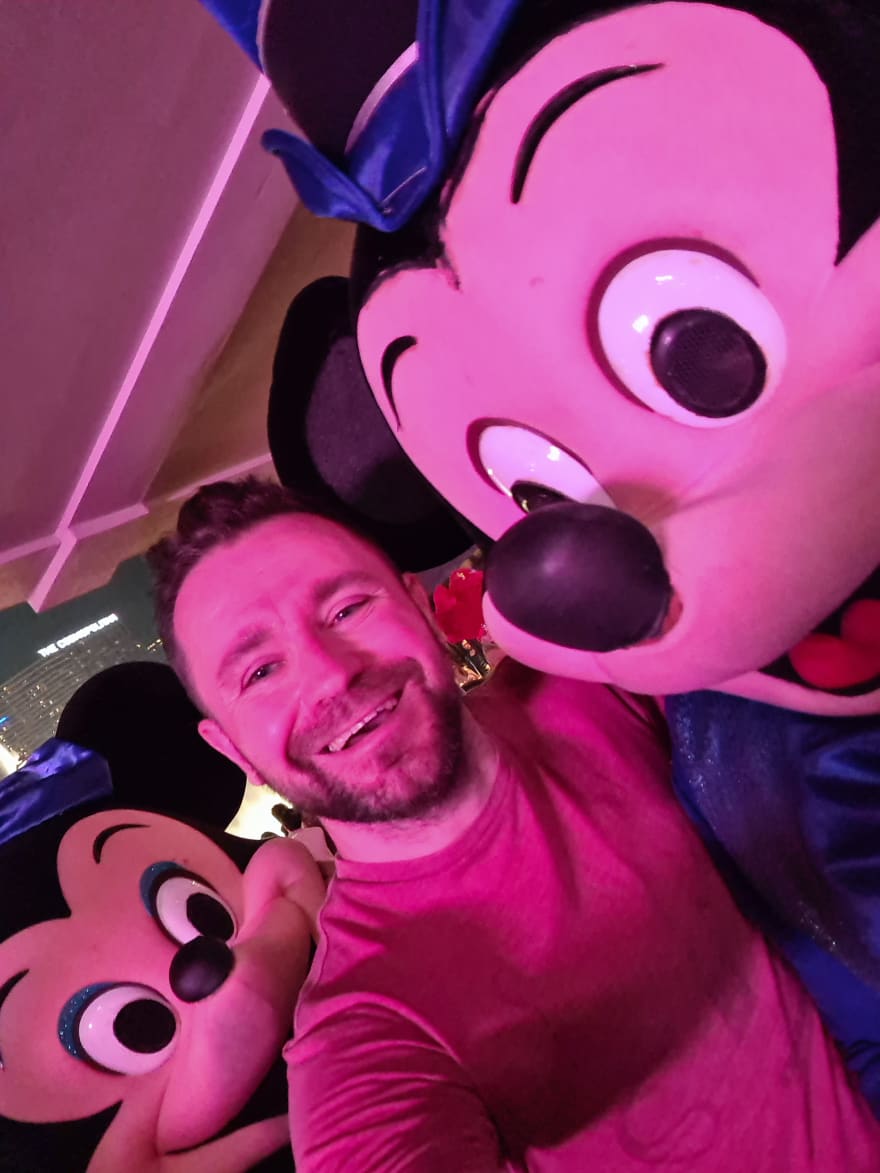 I really love those awesome characters. So I had to take a pic and walk into Caesars Palace Las Vegas Hotel, where the main scene for the original Hangover movie was shot. Oh, I should also tell, I was really impressed by the Bellagio Water Show that seems to be happening here every night. 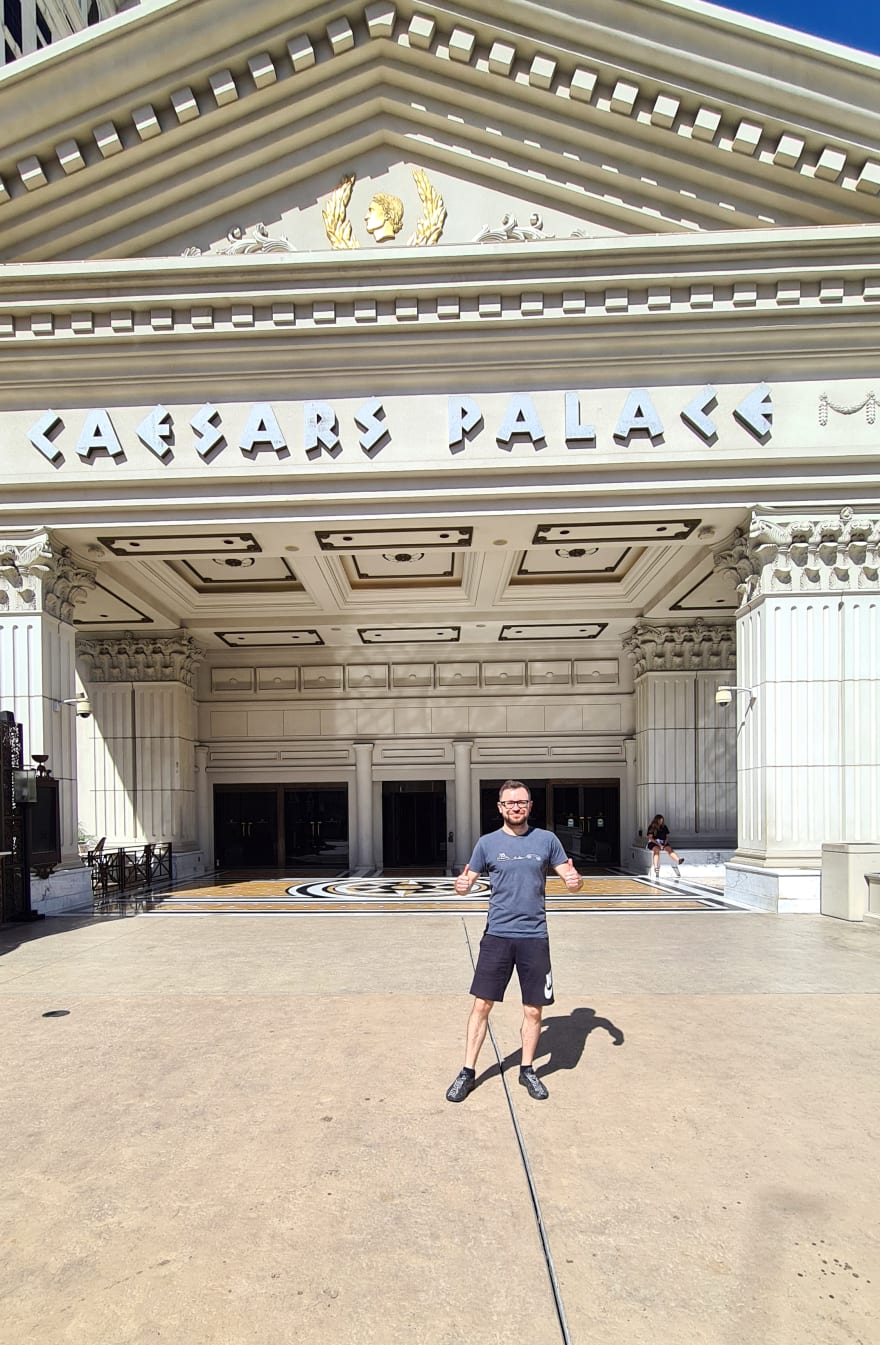 Next morning I decided not to stay in Vegas any longer and move towards my final destination - the Salt Lake City. Oh man, I didn’t expect that Red Rocks could be such a view. I have to admit, the road around the rocks from Vegas to Salt Lake is even more spectacular than from LA to Vegas. 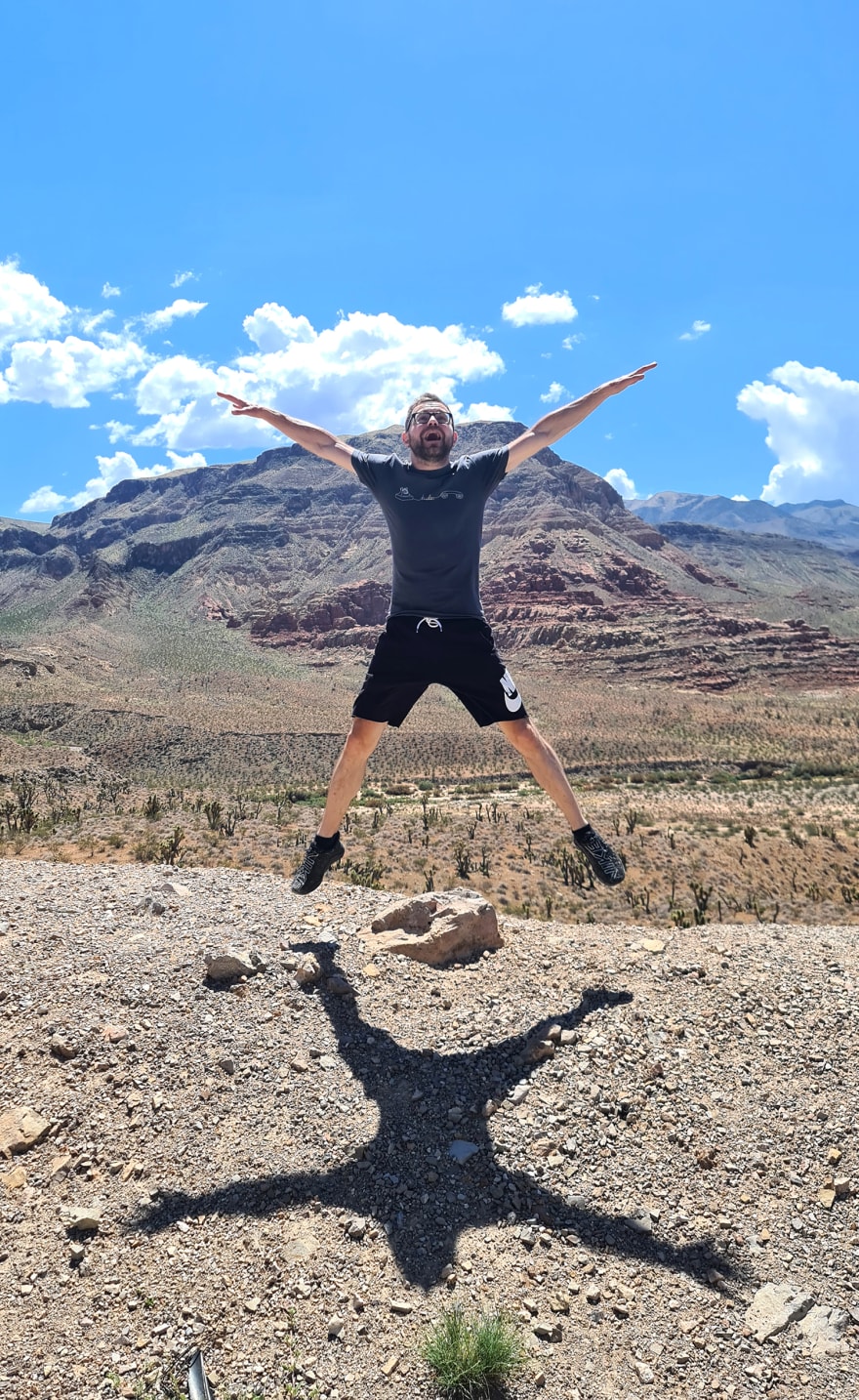 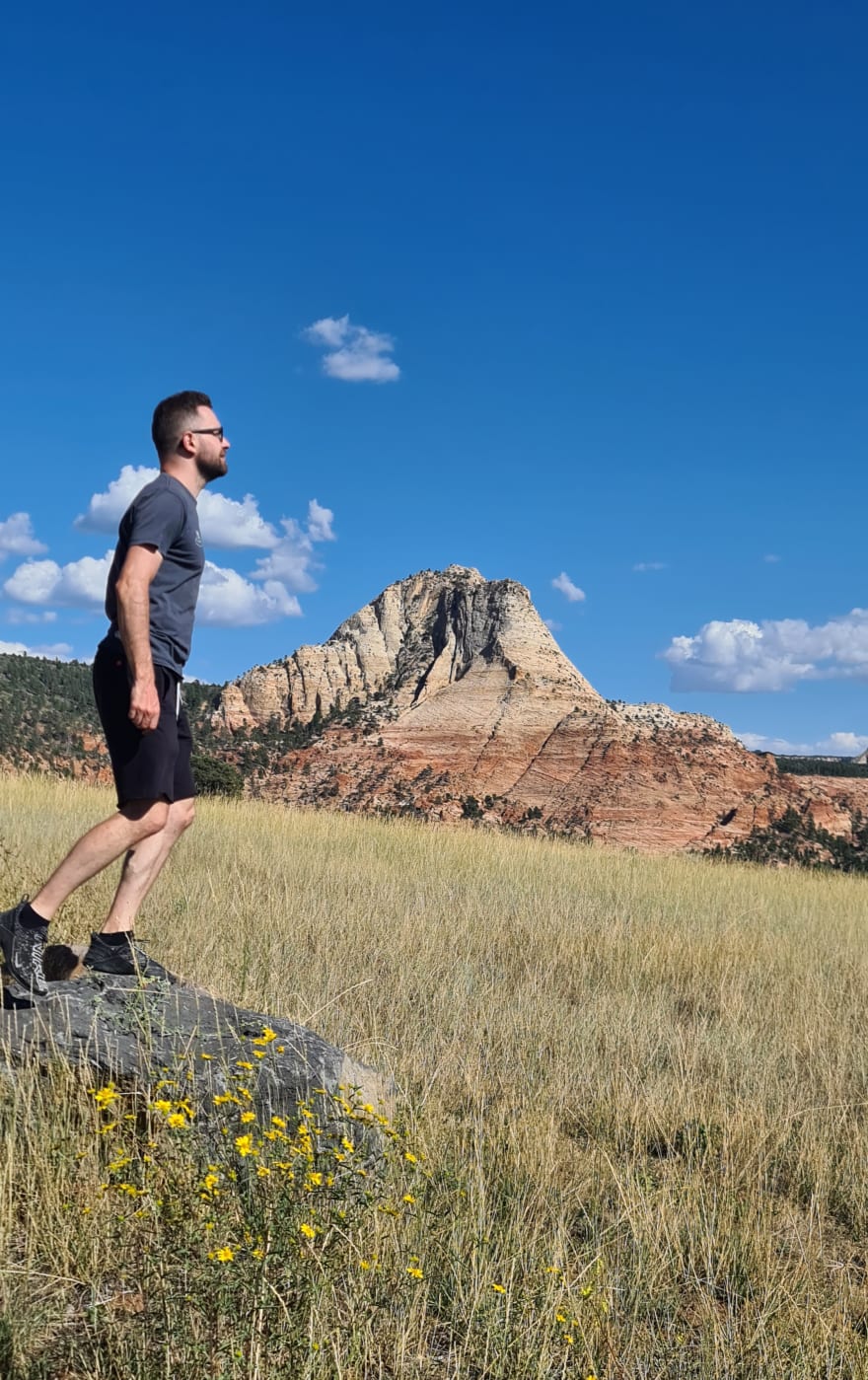 On the way from Vegas to Salt Lake just before Cedar City, there is a rocky park called Zion park, so I took this route through the park. The serpentine road goes very close to the Red Rocks so you had to make a stop every 10-15 minutes to enjoy that new rock view. 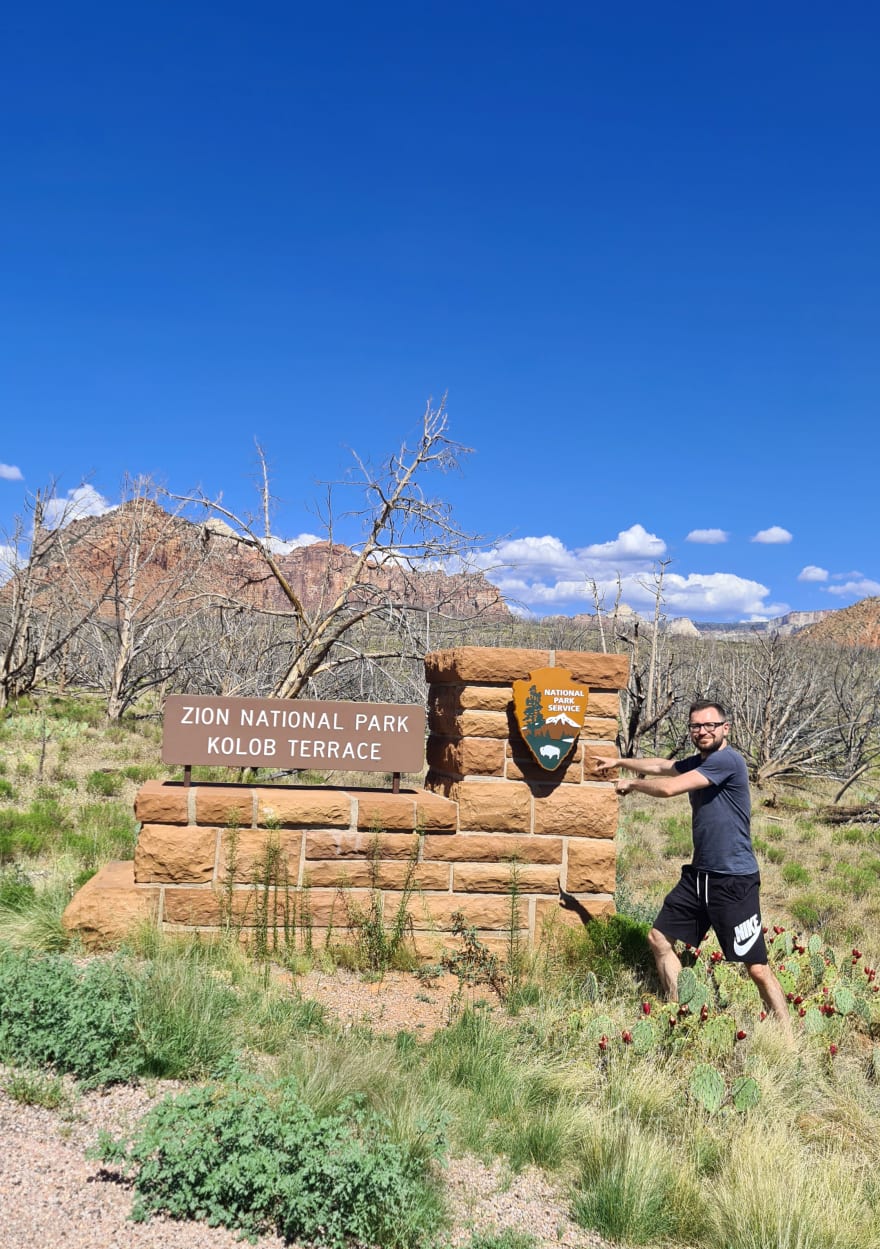 It took me about 3.5 hours to go through that park and so I decided to spend the night at Cedar City which is one of the smallest on the way to Salt Lake and fully surrounded by Red Rock mountains. This city is located from the main ng-conf venue at Salt Lake city just 3 hours away so I reached the destination the next morning.

Now rested and inspired by nature I am ready to get back to technologies at ng-conf.

How to set page title in angular 14

Once unpublished, this post will become invisible to the public and only accessible to Aliaksei Kuncevič.