I just finished rewriting an app from imperative code to completely reactive code. Here's the process I followed.

I started with a single event and removed its handler. The handler was modifying the URL and 2 pieces of state in the global NgRx/Component-Store. So, I changed the (click)to a [routerLink] and had the state changes react to the URL change:

This react method turned out to be unnecessary... I missed the part in NgRx/Component-Store's documentation that says updates can take in observables. So it could have been this:

Do you see that weird URL code I wrote? It's totally fine, and it worked. But maybe it should have been an early sign that the state reacting to the URL should have been in the route itself and not in a global store. But I didn't do anything with that, because there were still other event handlers modifying it from other components. And it was totally fine working the way it was.

After I converted a couple of event handlers to have state react on its own instead, I noticed there was nothing preventing me from moving some state out of the global store and colocating it with the feature that was using it. I also noticed that multiple pieces of state would always react to the same things, and some of it could be turned into derived state, which is downstream from (reacts to) other state. This is easy to see when all the code that controls state is colocated with the state.

At this point the code began to simplify a lot.

After I converted the last component to reactivity, I realized that the global store wasn't even necessary. So I moved state into the related features, and it ended up being 32% less code in total.

Although there are probably many ways to approach this process, this is what I like:

Some features have imperative APIs. In order to completely get rid of imperative code, you need to wrap these APIs with declarative APIs.

In the first 2 articles in this series I described how I wrapped 2 imperative APIs with declarative ones.

The first was router.navigate. I created a wrapper component that can be used like this:

The second was a Sweet Alerts wrapper component that can be used like this:

There was a 3rd imperative API I haven't described yet: The image carousel. It used to be controlled like this:

I realized I could just change the interval it was looping by instead (got the idea originally from Josh Moroney actually; I think it's great):

This is StateAdapt syntax by the way. interval becomes available as an observable on the store that uses pausedAdapter. Here's that store:

And here I'm using it in the template:

Using declarative APIs for these features was extremely nice. I'm so sick of interrupting my nice, clean RxJS streams with manual subscriptions for imperative APIs. Let's do something about it! 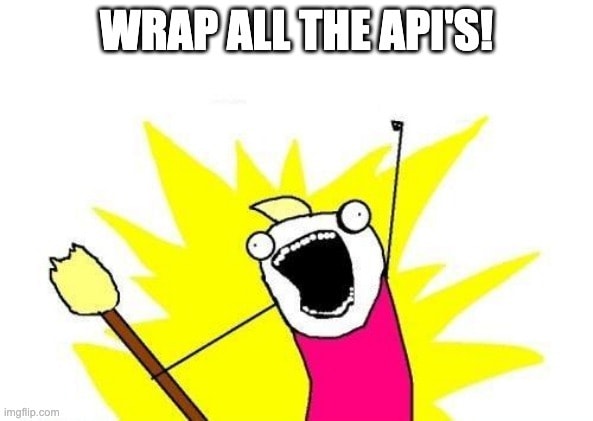 Here are diagrams that show the data flow before and after I refactored the app. To see me walk through these in detail, watch the YouTube video below the diagrams. 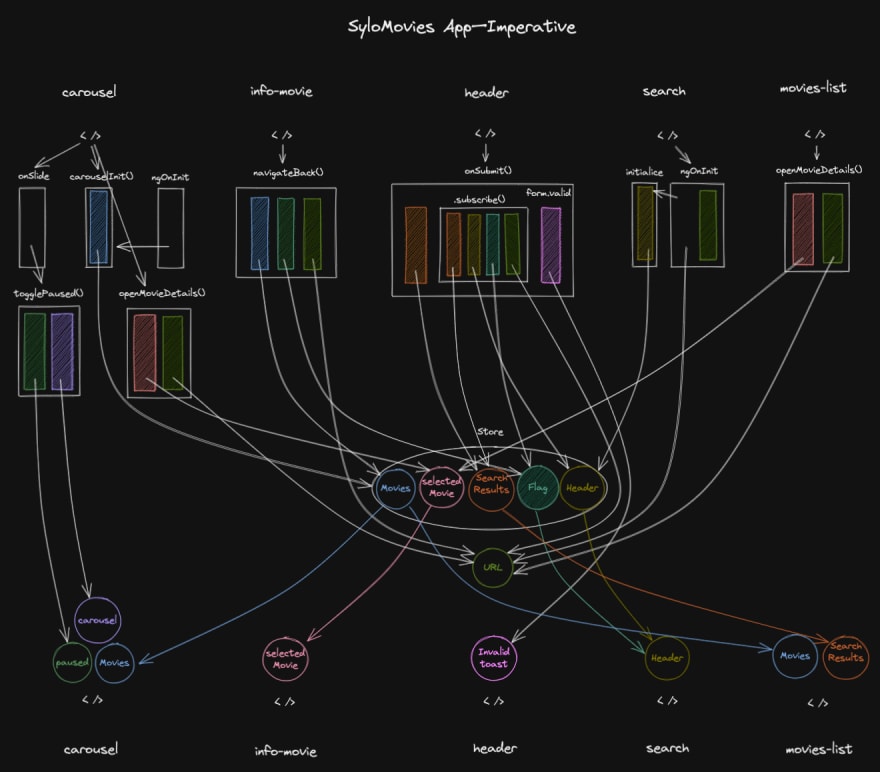 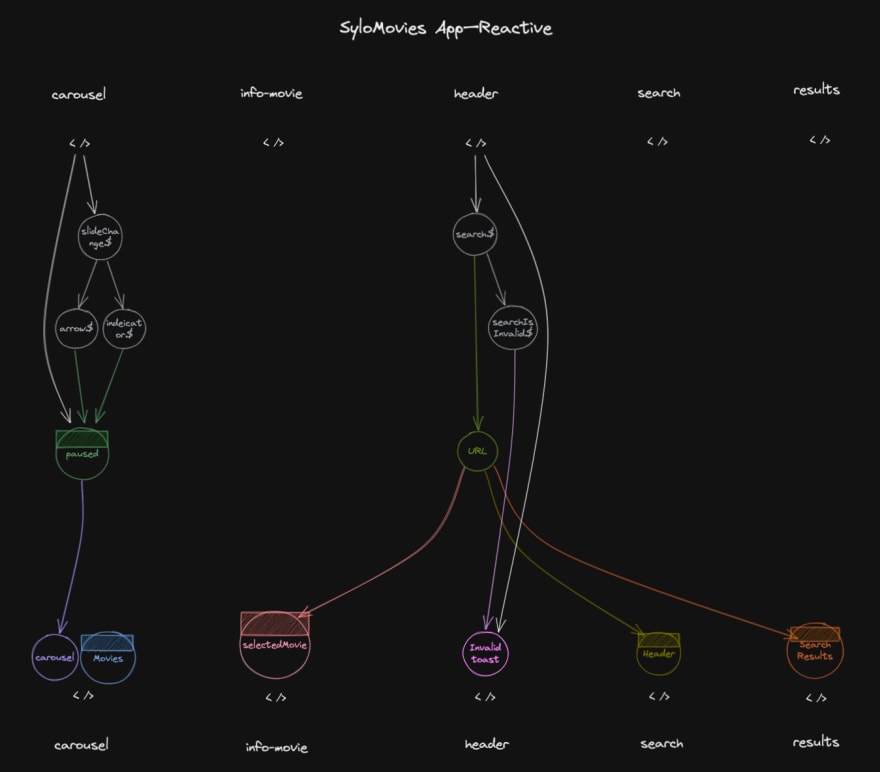 Thanks for reading! Please give StateAdapt a look if you haven't yet. Version 1.0 is coming out within a month!

Getting Started with the Angular Image Editor Component