In this post I will browse the various Perl (and related) logos and their licenses.

Yes, yet another post about Perl logo licenses 😀 but you will see that I bring more to the table (but no logo proposal!).

Some people proposed to use the shadowed Camel (whatever the color): 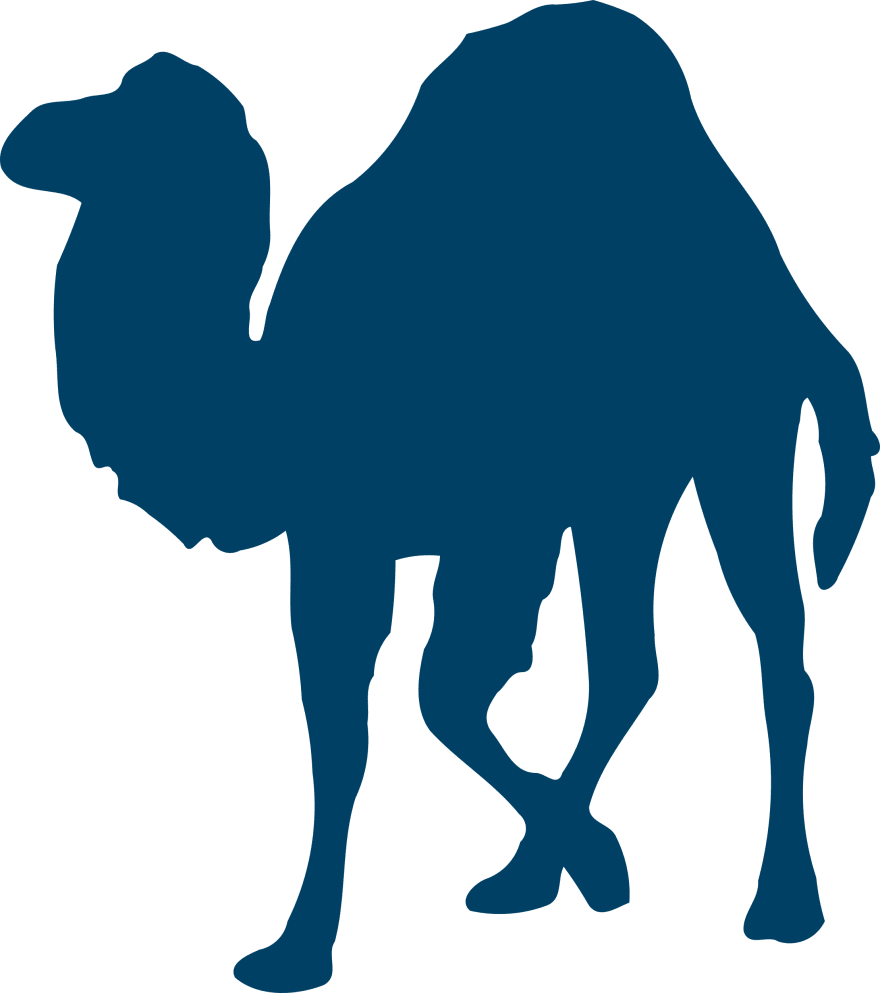 It is a good idea but honestly I'm a bit skeptical about this shadowed version not being a modified version of the original camel from O'Reilly...

EDIT: I asked Neil Bowers if this particular point was discussed with Tim O'Reilly and the answer is no (and he feels like me that this derivative work probably follows the same rules than the original work, but we are not experts)

Can somebody clearly states what is the permissions of this shadowed camel? 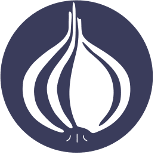 The Perl Foundation proposes these logos that can be used only after asking permission (??) and with precautions. You can't modify, you should attribute, and you can use only to promote Perl (of course).

Neil Bowers said about onion logo: "The Perl Foundation seems to be using the onion as its logo, which for me rules it out as a logo. Regardless of TPF's usage, I wouldn't care for an onion as our logo."

It's true that the license seems to discourage a bit its use and makes me think it's more a TPF logo than a "free to use" Perl logo.

(correct me if I'm wrong)

The Perl Raptor from Sebastian Riedel licensed under the CC-BY-SA 4.0 (You should attribute, link license, you can modify, you can't change the license).

This one is perfectly fine for use, OK it's not a Camel, but it is cool and I personally often use it (but I force nobody to do the same, I just like it + it is convenient).

What is de facto used?

The shadowed camel is for instance what appears in the OpenShift console: 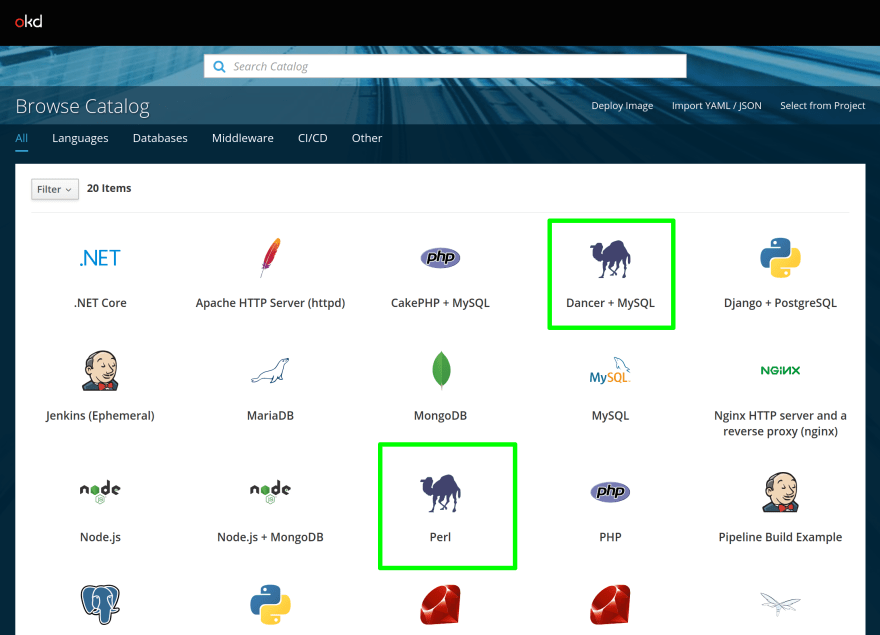 Also look at these video made by individuals that relates the popularity of programming languages over time:

This one used the onion.

This one used the TPF Programming Republic of Perl

And finally the shadowed camel!

If even the makers of clickbait videos do not agree between themself... 😀

And how my GNU/Linux machine represents them?
Python files have their logo on top of it but Perl files have a bare "Perl" (but syntax is colored compared to Python 😀): 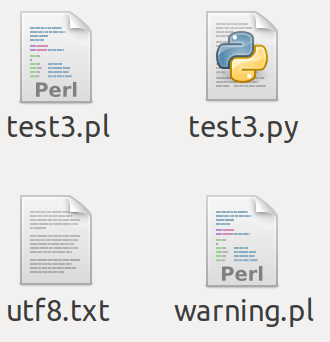 And now what if I google "perl free logo"? (spoiler: you will have a bad time) 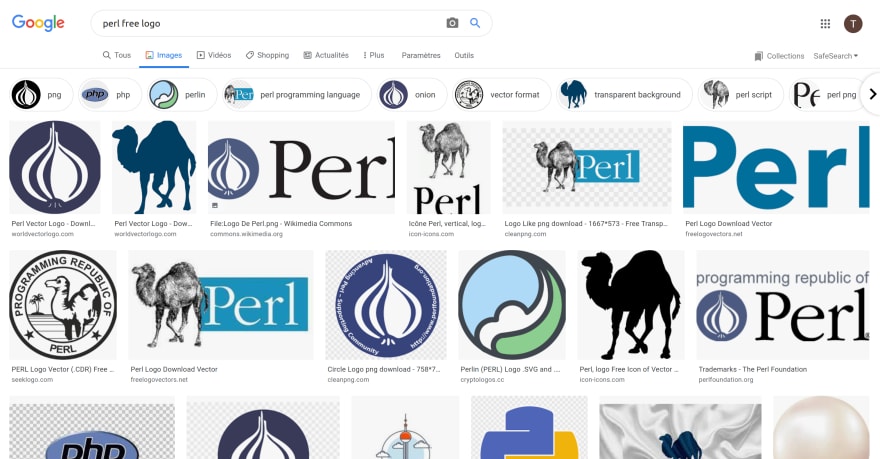 Which one would you use without potential permission issue?

How are playing others?

Python logo is trademark PSF but does not follow the same strict rules than TPF:
"Projects and companies that use Python are encouraged to incorporate the Python logo on their websites, brochures, packaging, and elsewhere to indicate suitability for use with Python or implementation in Python. Use of the "two snakes" logo element alone, without the accompanying wordmark is permitted on the same terms as the combined logo."

Modification is authorized but then PSF recommend to "ask first":
"In general, we want the logo to be used as widely as possible to indicate use of Python or suitability for Python. However, please ask first when using a derived version of the logo or when in doubt."

What a luck they have... 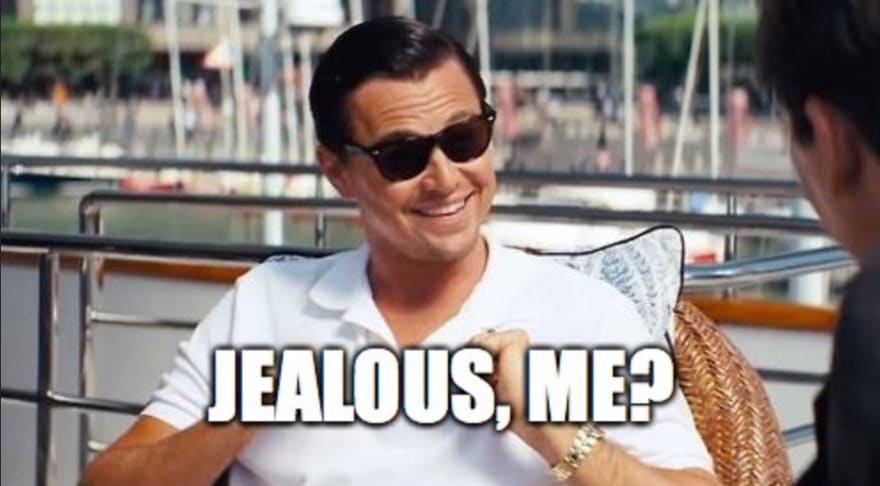 Now let's look at other Perl ecosystem logos like CPAN and friends (spoiler: things are getting better).

The CPAN logo was created by J.C. Thorpe and is distributed under Artistic License or GPLv1+

Prefer to use my svg version with a better appearance and a clean background (it is licensed under the same terms).

The MetaCPAN logo comes from the MetaCPAN contest that Raul Matei won.

The logo has no license yet but Raul Matei gave the full rights on the image to MetaCPAN guys ("A license will be granted to the MetaCPAN team to use it in any way they see fit.") so they can license as they want if needed.

Where to find good quality logos?

After all, I know that all these logo stuff are not really important...

As stated by @grinnz in comments, we can just go ahead and use them, nobody should ever come to us and complain.

But hell it is still such a pain if you try to be rigorous, that I really needed to share...

5 Uses of Node.js that every Web Developer must know