Warning: This post is not so much about code itself but the consequences of code and decision-making 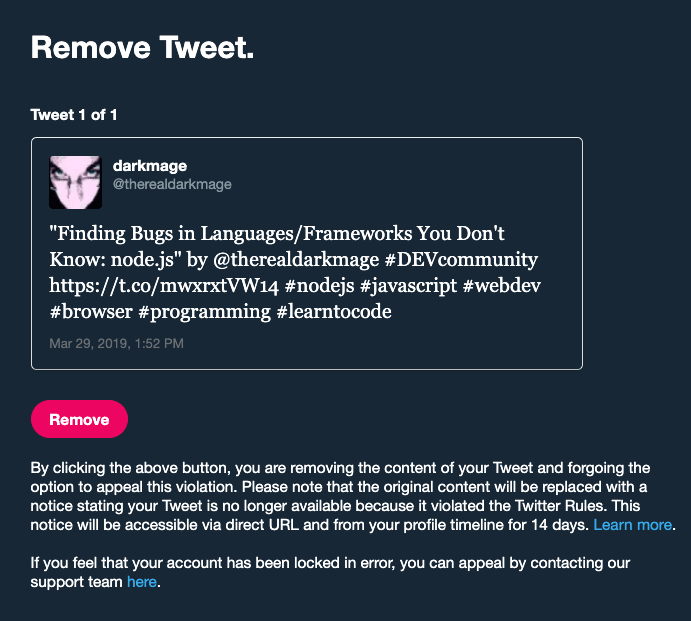 It was probably over the whole Learn To Code bullshit.

I like hashtags. It is a cool, simple way to categorize information. The problem is that this particular hashtag, and many others, can be hijacked for political reasons. It was probably an accident that such an inoccuous statement has been seemingly permanently marked as "troll behavior", but hear me out:

I am a Computer Science tutor. I enjoy writing code, working with code, helping others write code and solve problems, and most things involving software in general. I love it so much that I make money doing it, and plan to be in this space for a very, very long time.

I have come to enjoy blogging on Computer Science topics recently. It is a great outlet for me to reinforce my knowledge and to share information with others. Naturally, social media is THE vehicle to drive the sharing of my posts.

Twitter, UI-wise, is mostly good. The mobile browser, even when loaded in a desktop, is superb with night-mode and crushes Facebook in terms of my want-to-use.

However, having caught a ban with a hashtag that I feel is a neutral statement (Hey, you should "Learn To Code" with me, a Computer Science tutor!), it is hard to know how much power I have in all of this.

I have a natural "knack" for finding "bugs", "holes", and "vulnerabilities" not only in just software, but in systems in general. For instance, I am always on the hunt for good deals on food, products, and always looking for ways to exploit brokenness in order to gain more. Any wannabe hacker should already be naturally and instinctively thinking like this, but the best bugs are the ones that I am not even trying to find. 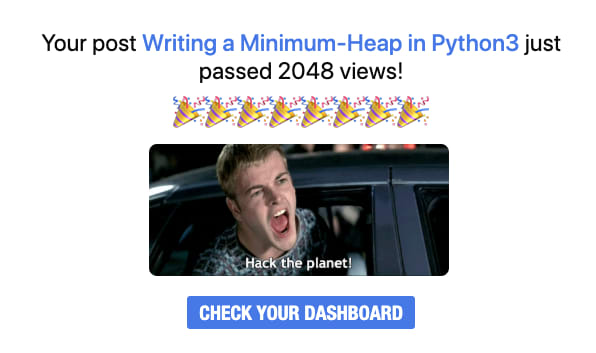 My blogs are getting thousands of views within days of posting. I am gaining notice. Maybe this is also a place for me to bring to attention the fact that a hashtag, innocent in the grand scheme, three little words, has been mislabeled and as a result, people who may or may not even be aware of the entire debacle are being punished.

Like, why should I care about some journalists who got butthurt over some old meme? Anyone who wants to use the hashtag "Learn to code" is going to be punished whether or not they are actually trolling anyone.

I'd like to be able to advertise my services with the phrase "Learn to code" without being labeled as a harasser or a troll or whatever. The fact that I even have to write or say this is absolutely fucking ridiculous and absurd.

I have been tutoring students through different avenues for the last 2 years now, but I had done it long before, back when I was in college. I ran the after-class laboratories, so I would have something like thirty (30) students in front of me. I told them "Guys, listen...I am just like you, a fellow student. I'd be bored if I were forced to sit here and listen to some guy who thinks he knows what he is talking about go on and on about something that I can do way better and faster on my own. If that is you, then you're free to go. Anyone who actually needs my help? Stay a while and listen. I'll be here for 90 minutes."

I also graded their homework. This led to later opportunities in Research and Compilers, but I digress. Let me wrap this up.

This is what happens when you attempt to thought-police and quantitatively analyze "intent": You end up with an actual programmer who can actually write code who actually teaches students to write code for a living (believe me, it pays WAY more than delivering pizzas) who actually has a Bachelors Degree in Computer Science (I walked the stage, and I plan on getting my Doctorate...so, you know I can do way more than 'just code') who has actually been paid to work on multimillion-dollar codebases and find bugs in Corporate web and mobile suites (see my linkedin) yada yada yada (I'm just saying I can code) BEGGING an international multibillion-dollar company to:

If you need a Computer Science tutor, code reviewer, or just someone to pair program with, hit me up

Trends We Are Watching: API Democratization and API Management

Once suspended, therealdarkmage will not be able to comment or publish posts until their suspension is removed.

Once unsuspended, therealdarkmage will be able to comment and publish posts again.

Once unpublished, all posts by therealdarkmage will become hidden and only accessible to themselves.

If therealdarkmage is not suspended, they can still re-publish their posts from their dashboard.

Once unpublished, this post will become invisible to the public and only accessible to darkmage.

Thanks for keeping DEV Community safe. Here is what you can do to flag therealdarkmage:

Unflagging therealdarkmage will restore default visibility to their posts.