It's 2019! Everybody thinks they know code splitting. So - let's double check! 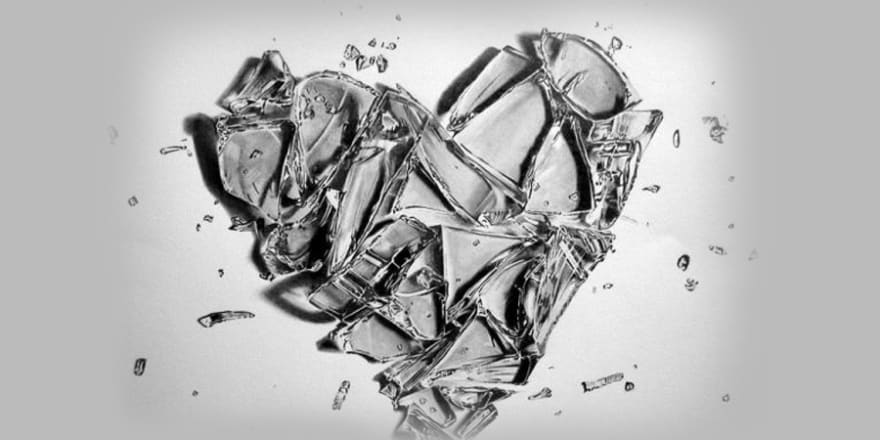 What does code-splitting stand for?

Who is making code-splitting?

React.lazy? No – it only uses it. Code-splitting is working on a bundler level – webpack, parcel, or just your file system in case of "native" esm modules. Code splitting is just files, files you can load somewhere "later".

Who is using code splitting?

React.lazy is using. Just using code splitting of your bundler. Just calling import when got rendered. And that's all.

React.lazy superseded it. And have provided more features, like Suspense to control loading state. So - use React.Lazy instead.

Yep, that's all. Thank you for reading and have a nice day.

Why this article is not finished?

Well. There are a few grey zones about React.lazy and code splitting I forgot to mention.

It's not easy to test React.lazy due to its asynchroniosity. It would be just "empty", as long as it is not loaded yet(even if it is) – Promises and import returns, and lazy accepts, promises, which always got executed in the next tick.

It’s not easy to test React.lazy due to its asynchronous nature. The result of mount(MyLazyComponent) would be just “empty”, as long as the “real” Component, behind MyLazy, is not loaded yet. And even if it is – import returns, and lazy accepts, promises, which always got executed in the next tick. So — you will never get Component in the current tick. It’s the law! 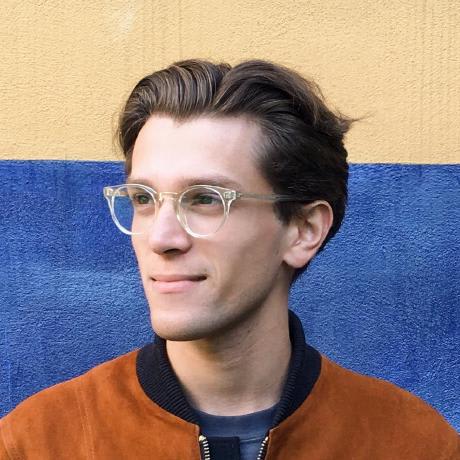 Why don't we? Currently they fail with a confusing error because of a race condition (status gets set to resolved but then the result gets overwritten by the next line). This should fix it.

I figured this might be useful for testing. See https://github.com/airbnb/enzyme/issues/1917#issuecomment-454208642. It's awkward that people look for workarounds like waitForLazyLoaded in a synchronous environment. Supporting sync thenables could be a nice solution to that.

So - let's make out import SYNCHRONOUS!!


It's not hard to convert import function to a memoized synchronous thenable.

If you DON'T need SSR – please continue reading the article!

React.lazy is SSR friendly. But it requires Suspense to work, and Suspense is NOT server-side friendly.

This is a good option, but it wouldn't be quite client-side friendly. Why? Let's define the 2nd possible solution:

Which library to pick?

It's easy – not react-loadable – it's heavy unmaintained and obsolete, even if it is still mega popular. (and thank you for popularizing code-splitting, yet again)

Loadable-components – might be a very good choice. It is very well written, actively maintained and support everything out of the box. Support "full dynamic imports", allowing you to import files depending on the props given, but thus untypable. Supports Suspense, so could replace React.lazy.

Universal-component – actually "inventors" of full dynamic imports – they implemented it in Webpack. And many other things at low-level – they did it. I would say – this library is a bit hardcore, and a bit less user friendly. Loadable-components documentation is unbeatable. It's worth if not to use this library, then read documentation - there are so many details you should know…

React-imported-component – is a bit odd. It's bundler independent, so it would never break (there is nothing to break), would work with Webpack 5 and 55, but that comes with a cost. While previous libraries during SSR would add all the used scripts to the page body, and you will be able to load all the scripts in a parallel – imported don't know files names, and will call the original "imports"(that's why bundle independent) to load used chunks, but able to make calls only from inside the main bundle – so all additional scripts would be loaded only after the main one got downloaded and executed. Does not support full dynamic imports, like React.lazy, and, as a result – typeable. Also supports Suspense. Uses synchronous thenables on SSR. It also has an absolutely different approach for CSS, and perfect stream rendering support.

There is no difference in quality or popularity between listed libraries, and we are all good friends – so pick by your heart. 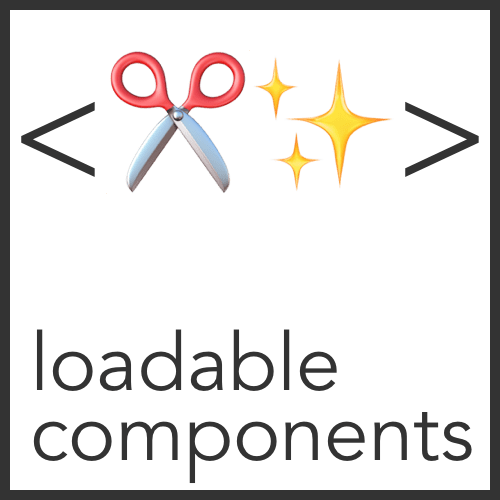 See the documentation at smooth-code.com/open-source/loadable-components for more information about using Loadable Components!

Quicklinks to some of the most-visited pages:

Loadable Components is an MIT-licensed open source project. It's an independent project with ongoing development made possible thanks to the support of these awesome backers. If you'd like to join them, please consider:

Gold Sponsors are those who have pledged $100/month and more to loadable.

* It's really will never let you down. All credits to your bundler.

Read more about what this table displays

For "power users" the traditional SPA is dead. If you're not universally rendering on the server, you're at risk of choking search engine visibility. As it stands, SEO and client-side rendering are not a match for SSR. Even though many search engines claim better SPA indexing, there are many caveats. Server-side rendering matters: JavaScript & SEO Backfire – A Hulu.com Case Study

The real problem has been simultaneous SSR + Splitting. If you've ever attempted such, you know. Here is a one-of-a-kind solution that brings it all…

SSR is a good thing, but, you know, hard. Small projects might want to have a SSR – there are a lot of reasons to have it –but they might not want to setup and maintain it.

SSR could be really, REALLY hard. Try razzle or go with Next.js if you want a quick win.

So the easiest my solution for SSR, especially for simple SPA would be prerendering. Like opening your SPA in a browser and hitting "Save" button. Like:

Prerendering is "SSR" without "Server". It's SSR using a Client. Magic! And working out of the box… … … but not for code-spitting.
So - you just rendered your page in a browser, saved HTML, and asked to load the same stuff. But Server Side Specific Code (to collect all used chunks) was not used, cos THERE IS NO SERVER!

In the previous part, I've pointed to libraries which are bound to webpack in terms of collecting information about used chunks - they could not handle hybrid render at all.

React-imported-component could handle this case, as long as it is not bound to the bundler/side, so there is no difference for SSR or Hybrid, but only for react-snap, as long as it supports "state hydration", while rendertron does not.

This ability of react-imported-component was found while writing this article, it was not known before - see example. It's quite easy.

And here you have to use another solution, which is just perpendicular to all other libraries.

This library was created for partial hydration, and could partially rehydrate your app, keeping the rest still de-hydrated. And it works for SSR and Hybrid renderers without any difference.
The idea is simple:

🤔Partial hydration and caching in a pre-suspense era

In short: dont try to run js code, and produce a react tree matching pre-rendered one but use pre-rendered html until js code will be ready to replace it. Make it live.

What else could be done on HTML level? Caching, templatization, and other good things to , just in a 3kb*.

Render something on server, and use it as HTML on the client

Publish to DokuWiki programmatically without any API

Once unpublished, this post will become invisible to the public and only accessible to Anton Korzunov.

Thanks for keeping DEV Community 👩‍💻👨‍💻 safe. Here is what you can do to flag thekashey:

Unflagging thekashey will restore default visibility to their posts.