In this first article of the series 'I Don't Know JS Yet' ', we will be looking at the various types of variable declaration along with their scope inside a particular program.

Pre ES6 we only had the 'var' keyword available to us for declaration of variables inside a javascript program, which was said to be function-scoped. But after the release of ES6, we got two new keywords 'let' and 'const' for variables declaration which is said to be block-scoped.

To understand the difference between function scoped and block-scoped, let's look at the below two snippets of code.

🛑Note: Variable defined with 'var' in the global scope as well as inside a function scope can be updated at any point of the program.

*Explanation 👉*When the above snippet runs, the first two variables are declared using 'let' and 'const' respectively. The only difference is that once you’ve assigned a value to a variable using const, you can’t reassign it to a new value.

Continuing further, we declare a function superHero() and call it, which has the variable 'lname' defined inside it making it block-scoped along with 'age' inside another block. Both these variables are only accessible inside their particular block and any attempt to call them outside the defined block will result in 'ReferenceError'.*

🛑Note: Variable defined with 'let' in the global scope or inside a block can be updated at any point of the program whereas 'const' type of variable's value can't be updated as those values are assumed to be constants. 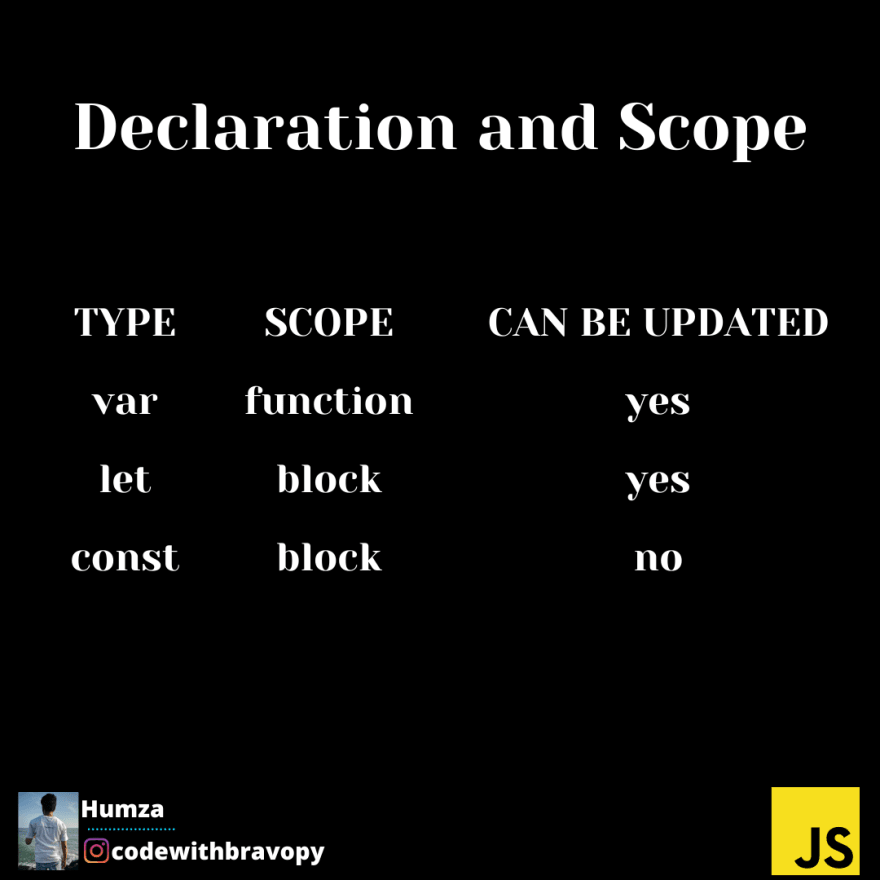