I am usually not one to judge you in a few tweets, but wow this guy is proud of them. I am actually kinda sad that people like him have a platform to voice their hate. Won't say much since is all over twitter, but just wanted to raise awareness.

Tae'lur which I follow, and some other devs tweeted about it.

I'm collecting a growing list of tweets by John Sonmez aka Simple Programmr. For those unaware of his influence, he is a well known YouTuber in the tech community who makes content targeting ppl learning how to code. 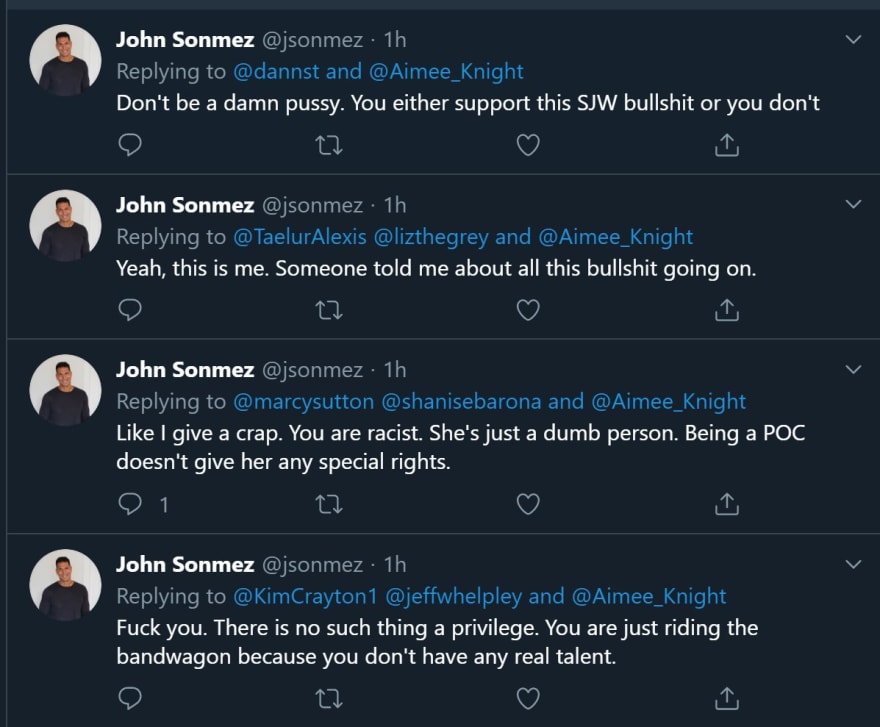 Today John Sonmez (@simpleprogrammr, @jsonmez) has violated every reasonable code of conduct. I normally would just report & block, but someone with 47k followers in our industry who is behaving this way deserves to be called out publicly for such gross behavior. 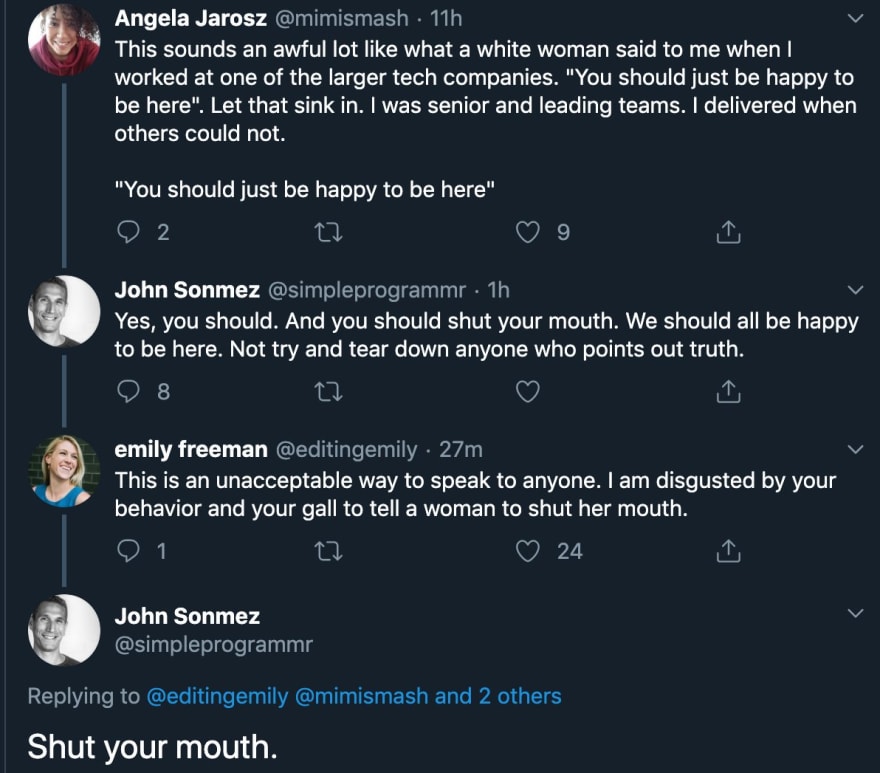 @simpleprogrammr @Aimee_Knight There was a time when I looked up to John Sonmez.

But his behavior in this thread is inexcusable.

He's showing us his true nature: he's a bully.

I just deleted my YouTube and Podcast interviews with him.

There are other people in the community more worthy of your attention.

Maybe @ben can give us the pleasure of erasing this man from dev.to there are quite few a posts praising John in several podcasts.

Notion template to organize your chords 🎸and learning guitar

Algorithms are ruining our lives 😒

Fernando B 🚀
Coding space junkie with a sprinkle of writer heart. DMs open for any questions or comments. 🙂
Does anyone homeschool here?
#offtopic #watercooler #rant
Any love for mechanical keyboards?
#discuss #watercooler
What's your favorite programming/hacking movie/show?
#watercooler #offtopic #movies

Once suspended, thefern will not be able to comment or publish posts until their suspension is removed.

Once unsuspended, thefern will be able to comment and publish posts again.

Once unpublished, all posts by thefern will become hidden and only accessible to themselves.

If thefern is not suspended, they can still re-publish their posts from their dashboard.

Once unpublished, this post will become invisible to the public and only accessible to Fernando B 🚀.

Thanks for keeping DEV Community safe. Here is what you can do to flag thefern:

Unflagging thefern will restore default visibility to their posts.